I am trying to export a map with several shapefiles from QGIS to an OpenLayers web map. For that I tried the "Export to OpenLayers" and the "qgis2web" (Version 0.23.0) Plugin. I tried it before (one month ago) and back then both Plugins were working. Now I get a Python error which looks like that:

I tried the Export on a Linux machine and on a Windows machine with two different versions of QGIS (2.0.1 and 2.10.1). With both I get the same error. The Python Version is 2.7.6

Apparently the error depends on the shapefiles. In case I only show the districts (polygon) then I don't get an error. As soon as I upload some point shapefile the error occurs. Anyone knows what the matter with the shapefiles? Why is it a problem with some to export them and with others it isn't?

One of the shapefiles that isn't working can be seen here (hospitals). 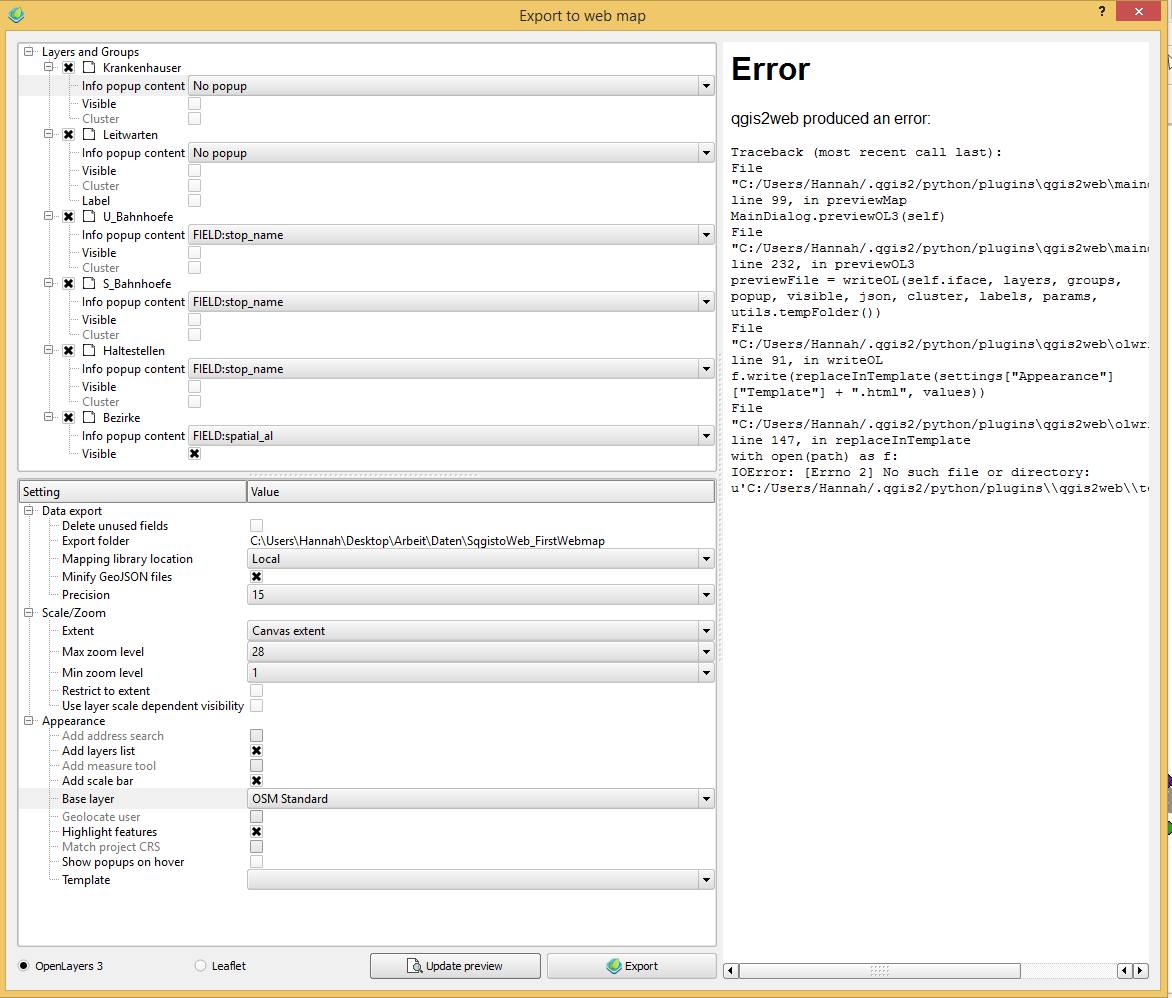 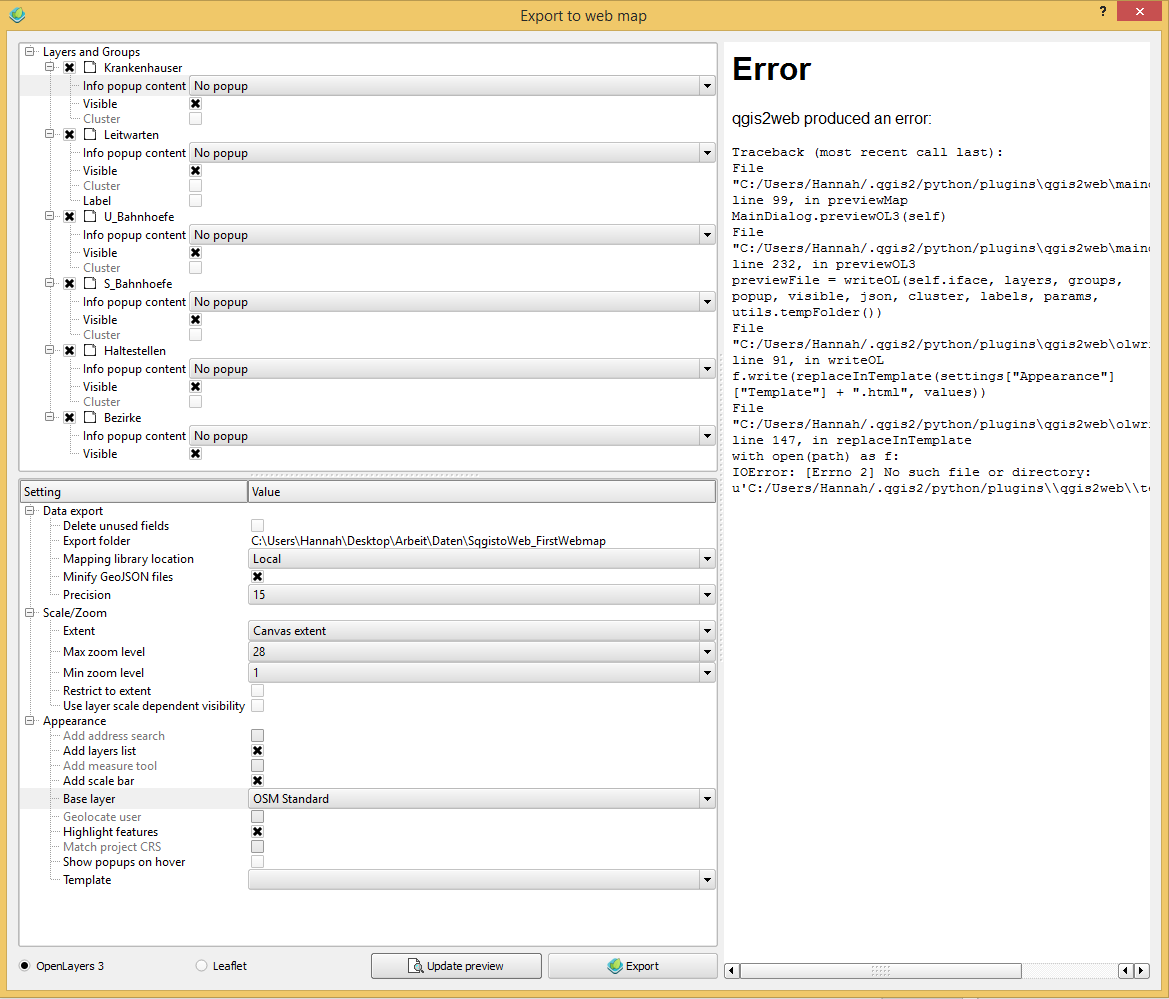 The original error caused by qgis2web being unable to identify a geometry type could not be reproduced. The subsequent error occurred because nothing was selected in the Template drop-down. Selecting "basic" got rid of the error.

However, dropdowns should not be blank when you load the plugin - something seems to have gone wrong with persisting the dialog settings. I've opened a ticket for it: https://github.com/tomchadwin/qgis2web/issues/113.

UPDATE: The original error occurred because the source layer had 2.5d point geometry. That was not handled at the time by qgis2web. Master branch on Github now handles this (https://github.com/tomchadwin/qgis2web), and a new plugin version will be released soon with the fix.

Not the answer you're looking for? Browse other questions tagged qgis qgis-plugins openlayers-2 qgis2web or ask your own question.