I've been making experiments with Blender GIS and QGIS.

I'm having problems when importing Shapefiles with contour lines, with a field for elevation (ELEVATION FROM FIELD selected when importing).

But when I imported a shapefile with 49 contour lines (49 features in QGIS) with Z values from 0 to 800 (20m interval), the import result was very messy. It appeared that the contour lines assumed random values, but still inside the original values from the shapefile. 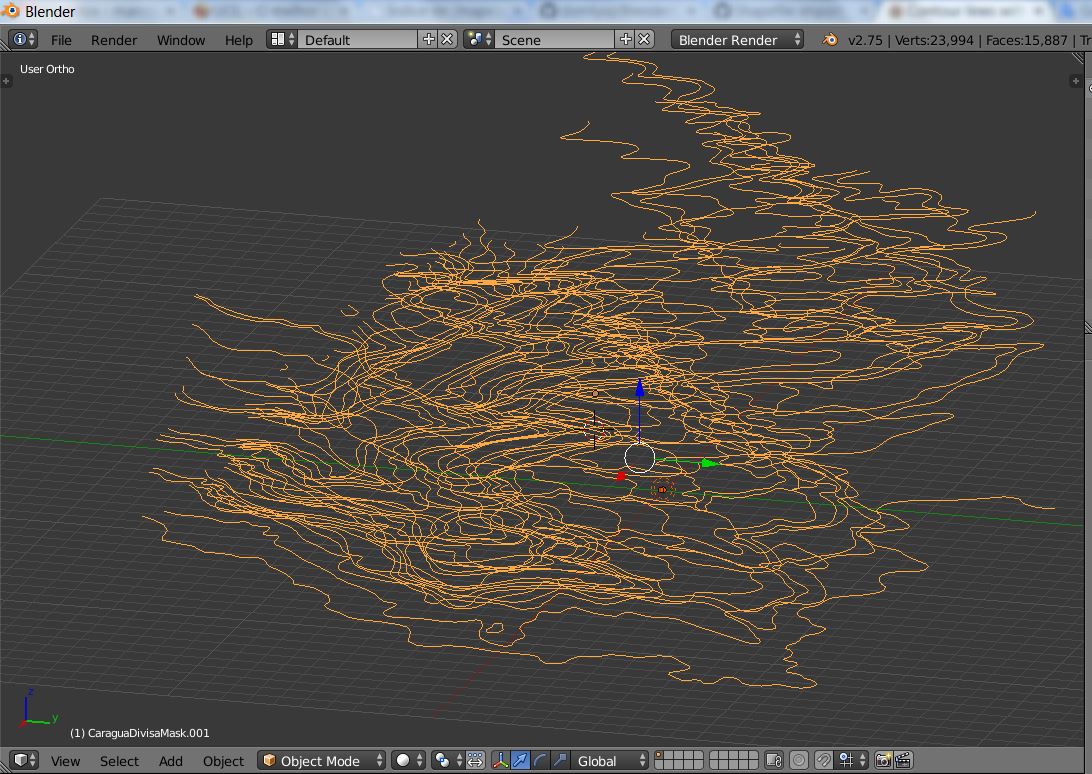 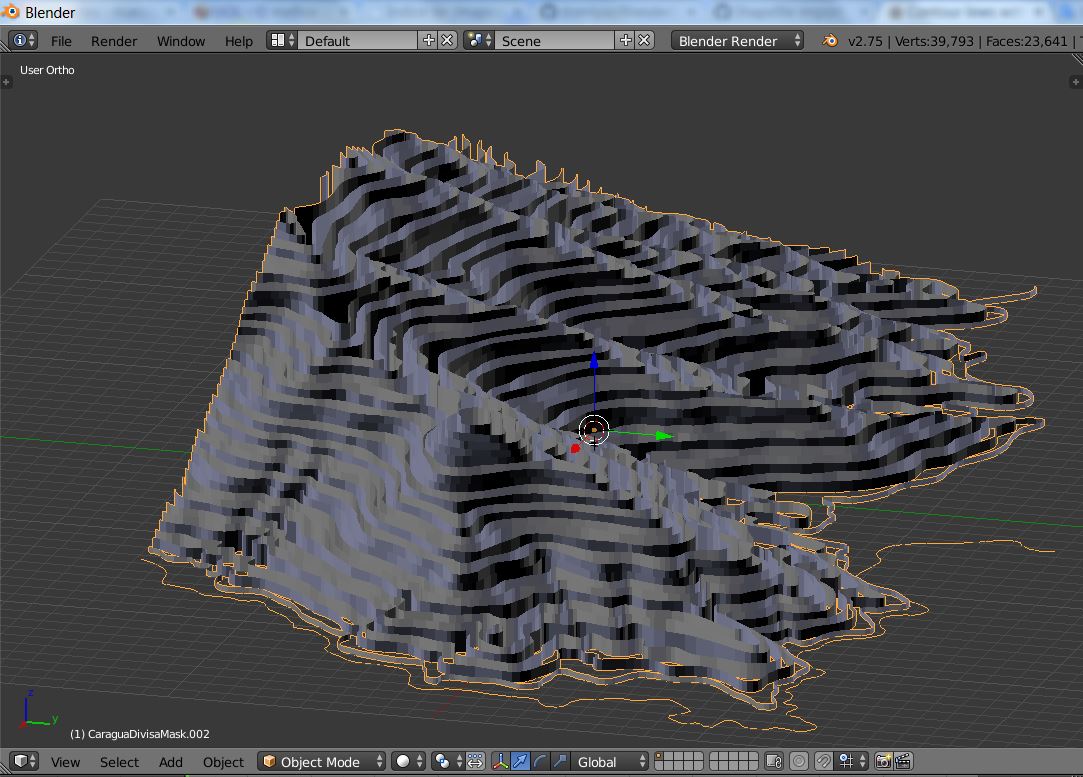 Then I can just delete the 0 value vertices and I end up with just the contour lines in the right Z position (so I can apply Delaunay triangulation to have a surface). 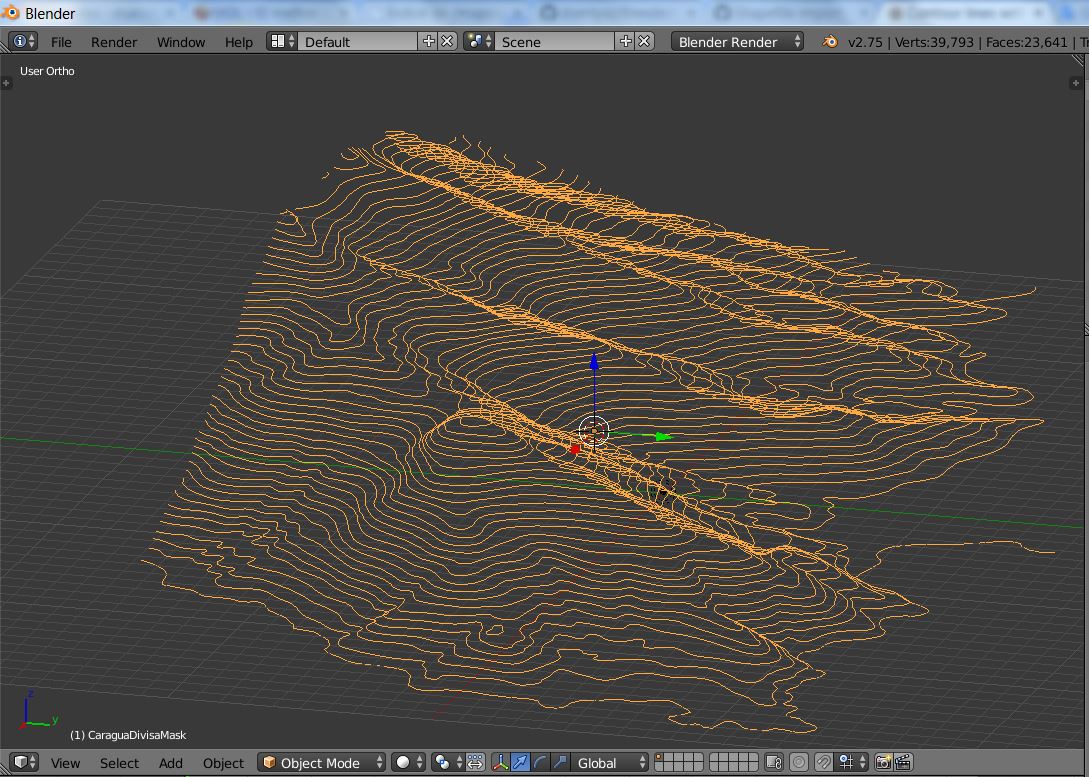 So, conclusion is, I can reach the final result I want, but it needs a bit more working.

Anyone have an idea of what is going on with ELEVATION FROM FIELD selected?

I've e-mailed the developer (Dominique Lyszczarz), and sent him the SHP. Turned out it was a bug in the add on. He corrected it and now it's working fine!

I've added some images to illustrate the import results. I've used a 1375 contour lines (features) SHP. But I'm still to push the limit!

The SHP imported into Blender: 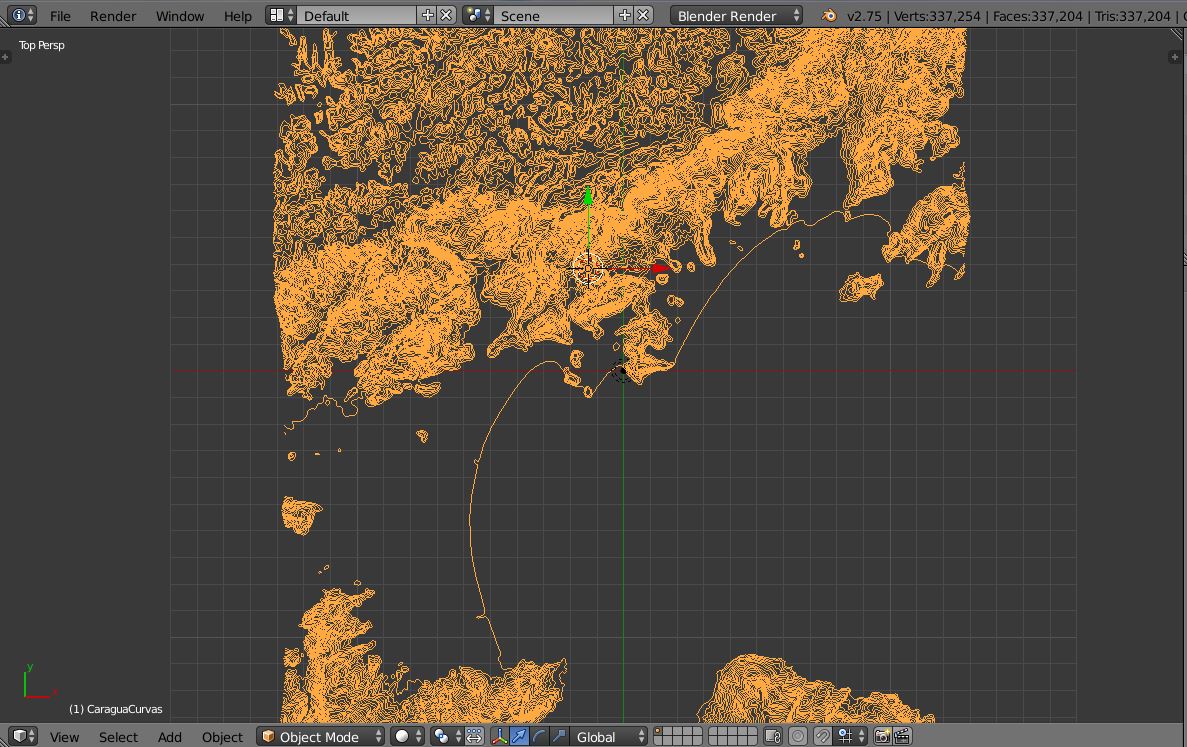 TIN model out of the contour lines (also from Blender GIS add on): 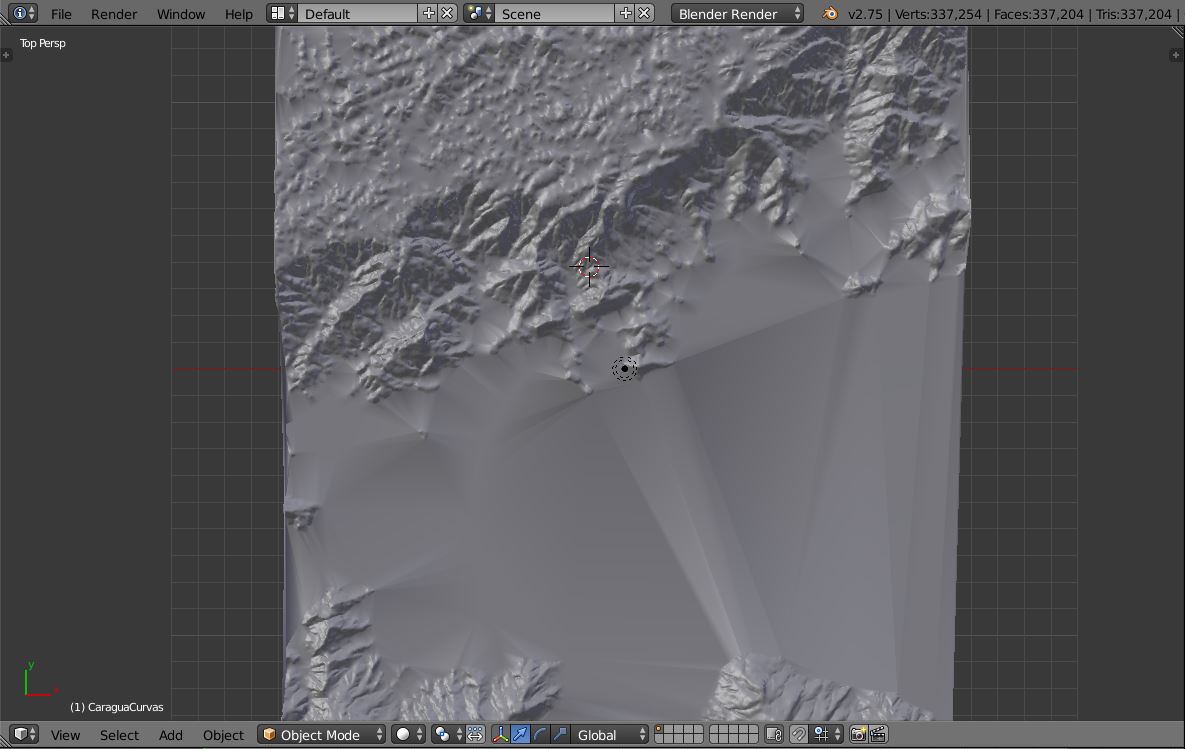 Perspective view of the TIN model and the contour lines: 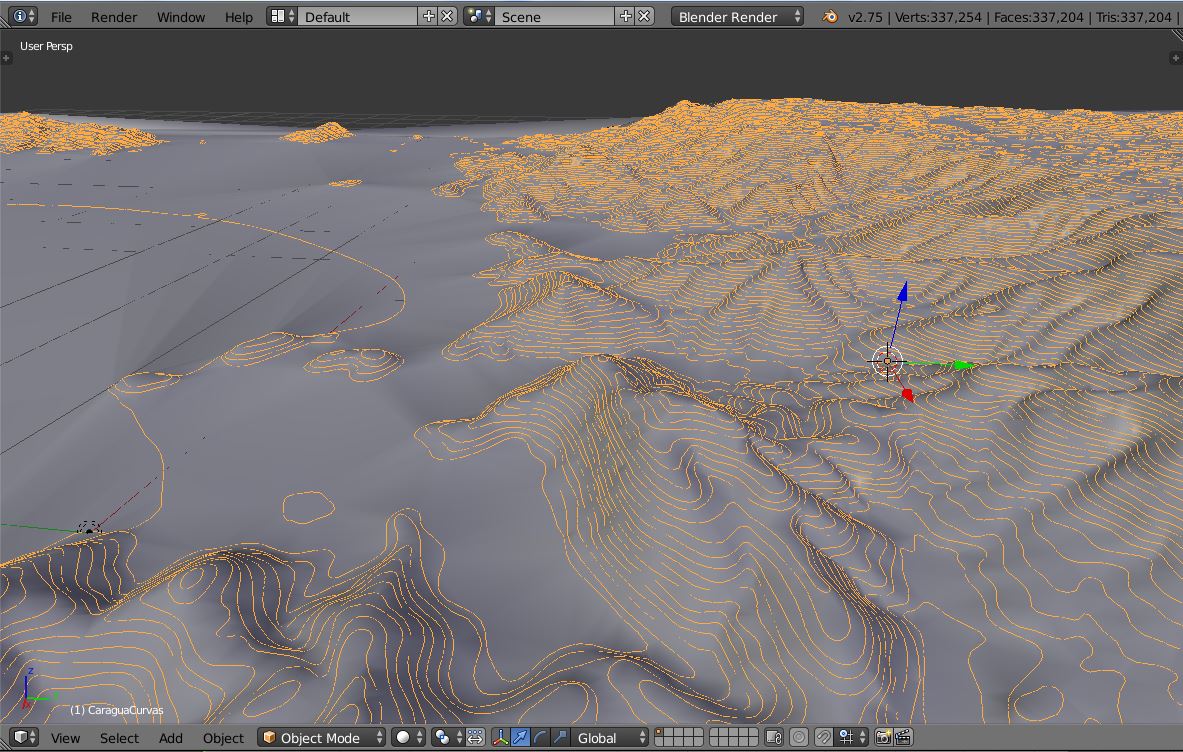 If someone wants to try it, just a tip: delete all the NULL value geometries/features, otherwise Blender GIS won't load it.

Now, to refine the model, it's just a matter of adding contour lines where necessary, before importing the SHP into Blender.

Not the answer you're looking for? Browse other questions tagged qgis 3d contour blender or ask your own question.

4
Import DEM in blender as mesh
3
Why does Blender not accept DT2 file (elevation data from EarthExplorer)?
0
Ordnance Survey to obj or fbx
0
Problems when importing shapefile with the Blender GIS add on from QGIS: contour lines appear flat
0
Import 3D Shapefile in AutoCAD
1
Viewing 3D relationships of layered points and DEMs by displaying absolute height for both in QGIS?