I am using Arc 10.3.1 and I am having a cartographic dilemma. As shown in the picture below, I have dashed line representing borders of various city zones. Where these border lines share borders with other polygons the resulting dashed line becomes much thicker and in some cases a completely solid line. I can handle a slight variation in the size of the dashes but a solid line is unacceptable to me.

I have tinkered with changing the outline size and the outline dash type but each time when I export the lines are still merged. I have used definition queries to exclude the polygons in the middle, allowing the outer polygons lines to form the border for the interior ones, but there are several that I can not exclude because they create an outside border on the map that must be shown.

Is there a method to fix this little issue of mine? 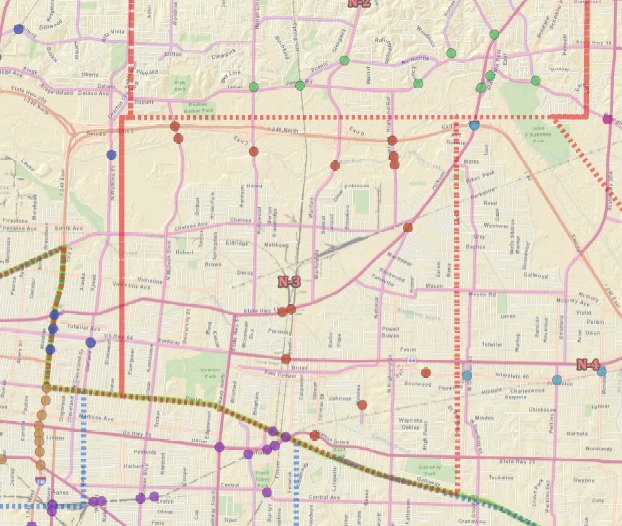 Go to ArcToolbox > Cartographic Refinement > Set Representation Control Point At Intersect tool, and run the function on your feature data (after you created a representation for it.) The tool aligns the hash boundary symbology so that when it overlaps it does not look like a solid line. 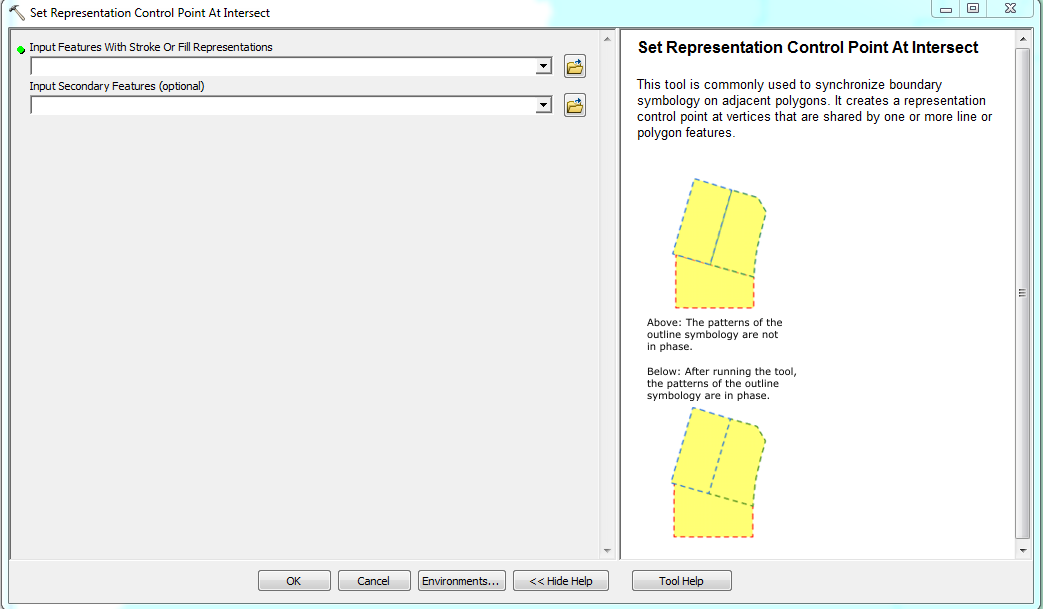 33
How to hide "internal" polygon boundaries?
2
How do I select all polygons in a layer that border 2+ polygons in the same layer?
4
Export ArcMap cartographic representation to a symbol?
0
how do you erase polygons that don't have a line intersection?
1
How to handle text that needs to stay same for multiple maps but change according to attribute table
2
How to delete polygons that do not intersect a line using ArcGIS for Desktop?
2
Hiding Overlapping Lines in ArcMap?
1
Removing OUTER boundary of group of polygons?