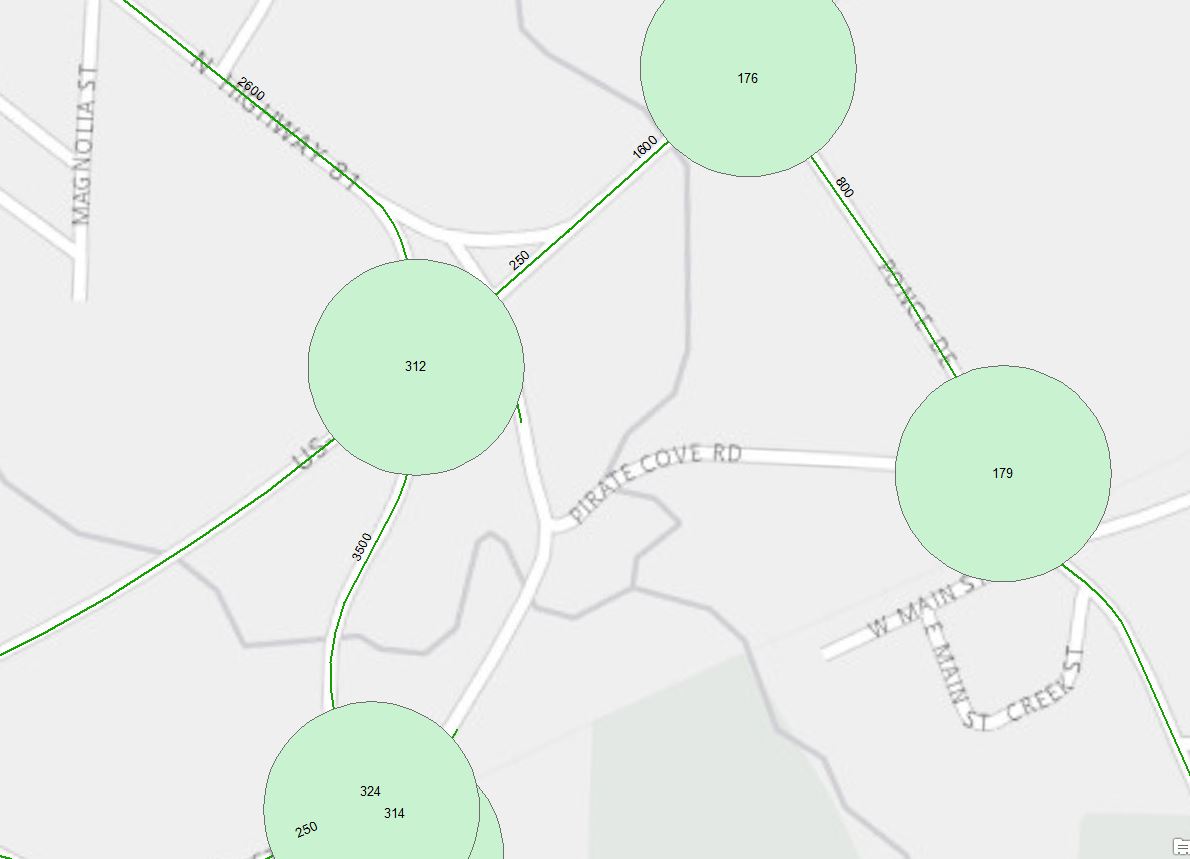 I have tried to use spatial join tool, plus using the usual join-relates to achieve this but its giving me only one traffic volume value in the attribute table. How can I have all the traffic volumes of the street intersecting with the buffer in its attributes table?

We recently went through this same process trying to automate some traffic volume info. Here are the steps we followed:

Not the answer you're looking for? Browse other questions tagged arcgis-desktop arcgis-10.0 or ask your own question.