What algorithm allows me to calculate the set of all points inside a polygon?

Imagine I have a polygon, which represents the countours of a building on an integer 3D map (everything is a 1 meter by 1 meter block in that map). In the image below, you see several buildings without roofs. 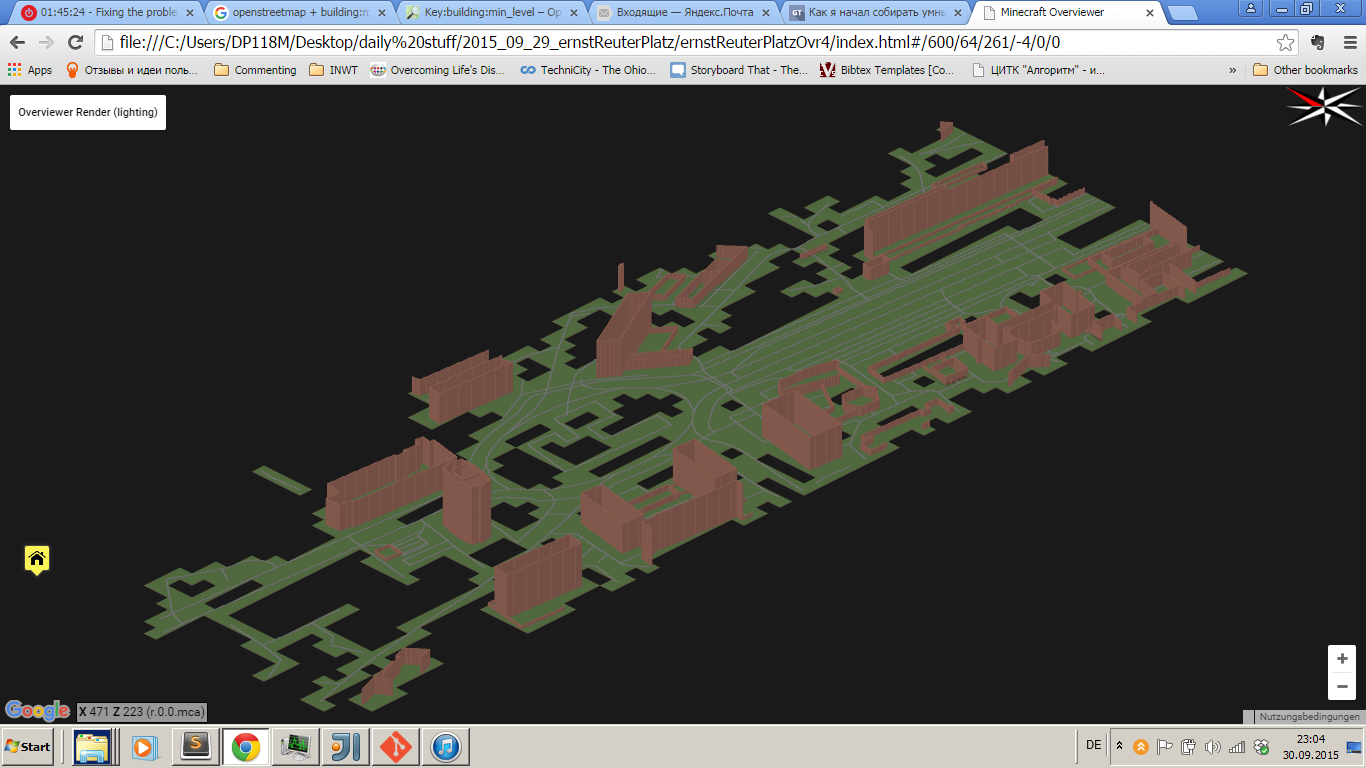 In order to draw the roofs, I need to know what points are inside the polygon.

What algorithm can I use for that?

People mentioned convex hull, but it gives me the polygon, which I already have. 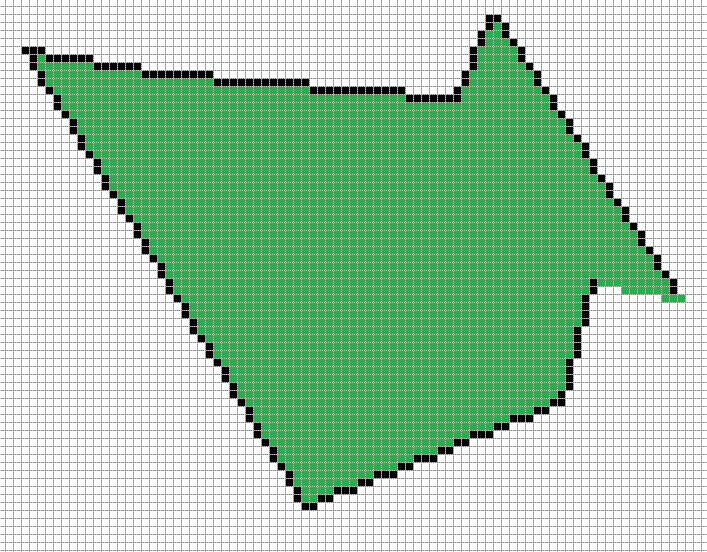 I need an algorithm, to find out the coordinates of all points inside the polygon, i. e. all the green points.

The only command, which my renderer accepts is this:

This command puts one block at exactly those coordinates. The space around it remains free. When I want to draw lines, I need to do several calls like that. When I want to fill an area (e. g. a flat roof), I have to do those calls for all of the internal points of the polygon. My renderer doesn't have a "fill polygon" feature, I have to implement it myself.

In you comments you have stated you have the points and lines of your polygons. I don't know why you would need all the green points inside your polygon to create your roof. I would suggest to build Medial Axis (skeleton) of your polygon and use its points to build up your roofs (Images). This is the algorithm, many 3-Dimensional software use to build 3D building.

To have a flat roof, you don't need polygon internal points to create a flat roof. Just connect the dots (e.g. polygon vertices) like the floor of the building. The simple procedure would be to extract polygon vertices and then extrude it to build the 3D buildings.

The algorithms for this are called flood fill. It's interesting that we use it every day, but don't know it by name.

Not the answer you're looking for? Browse other questions tagged raster polygon point-in-polygon computational-geometry or ask your own question.

1
How to get list of all markers from selected polygon using OpenLayers 2 Map
1
OpenLayers 3 draw polygon to select features
6
Generating surfaces of different heights from LIDAR points
1
Creating random points using density-QGIS
3
CityGML: Calculate orientation and inclination angles from a polygon's LinearRing coordinates
2
Line between outside and inside polygon - geotools
2
Picking up the coordinates inside this polygon draw