Distinguishing Road Network according to the ward within a municipality ArcGIS

I have a polygon layer of a municipality containing 14 wards as shown in figure i. I also have a polyline layer of road network irrespective of the ward. 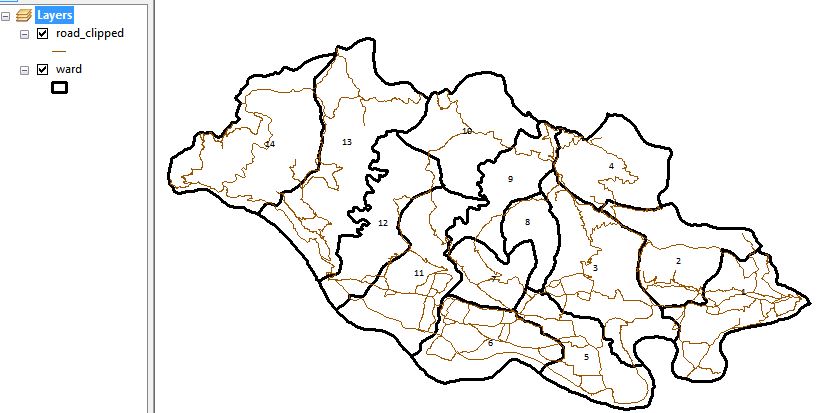 I want to distinguish each road polyline according to 14 wards such that I could generate summary about each ward having so-and-so roads, with so-and-so length of roads. (Segments of one roads may lie on more than one ward). I want to generate Zonal Statistics but both of the layer is feature layer (as different from zonal stat tools in arcgis where one layer must be raster).

In summary, I would like to categorized each segment of the road (and not the single road network) for each ward.

This is easy to do with an "Intersection" of the Roads with the Wards. Intersection will give you back a polyline road layer will all the fields of both layers (so you will be able to summarize by Ward).

Then you can Run the Summarize Tool (you can run this by right clicking the Ward field in the Intersection output) and selecting Summarize (Ward is what you "Summarize" by). Then toggle open the plus sign on the Shape_Len field (or whatever field has the length calculated) and select "SUM" to get the length of road within each Ward.

If you need to Summarize each road by its name within each ward, you can still do that but you will need to first combine [Ward] with [RoadName] in a new field (e.g. WARD_ROADNM) and summarize based on the new field. 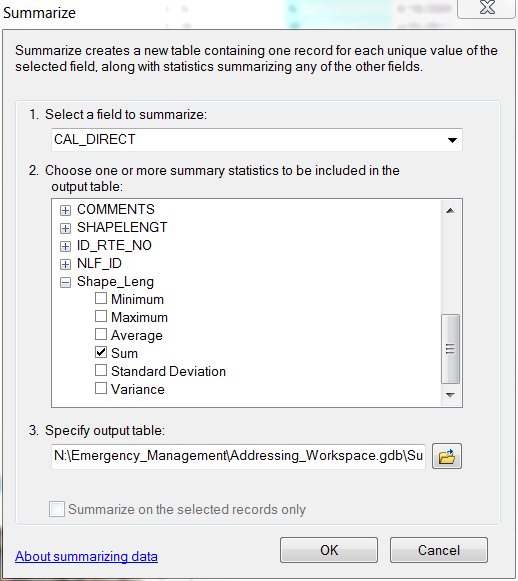 Not the answer you're looking for? Browse other questions tagged arcgis-desktop spatial-statistics network zonal-statistics road or ask your own question.

6
Segment road network line shapefile into new equal length segments line shapefile?
1
ArcPy Create Point Along Line A Specified Distance From A Specified Point
2
How to get a city road network as line segments?
5
Simplify a road network to obtain the intersections
2
Creating random points in ArcGIS on polyline in polygon?
0
Time distance by roads from specified point (raster analysis)