My aim is to compare two images of NBR index obtained by Landsat 8 for two dates: April the 1st and October the 26th (the beginning of the wildfires period and the ending of the period). After that I want to compare the difference NBR image with MODIS vector products (as it's shown below) 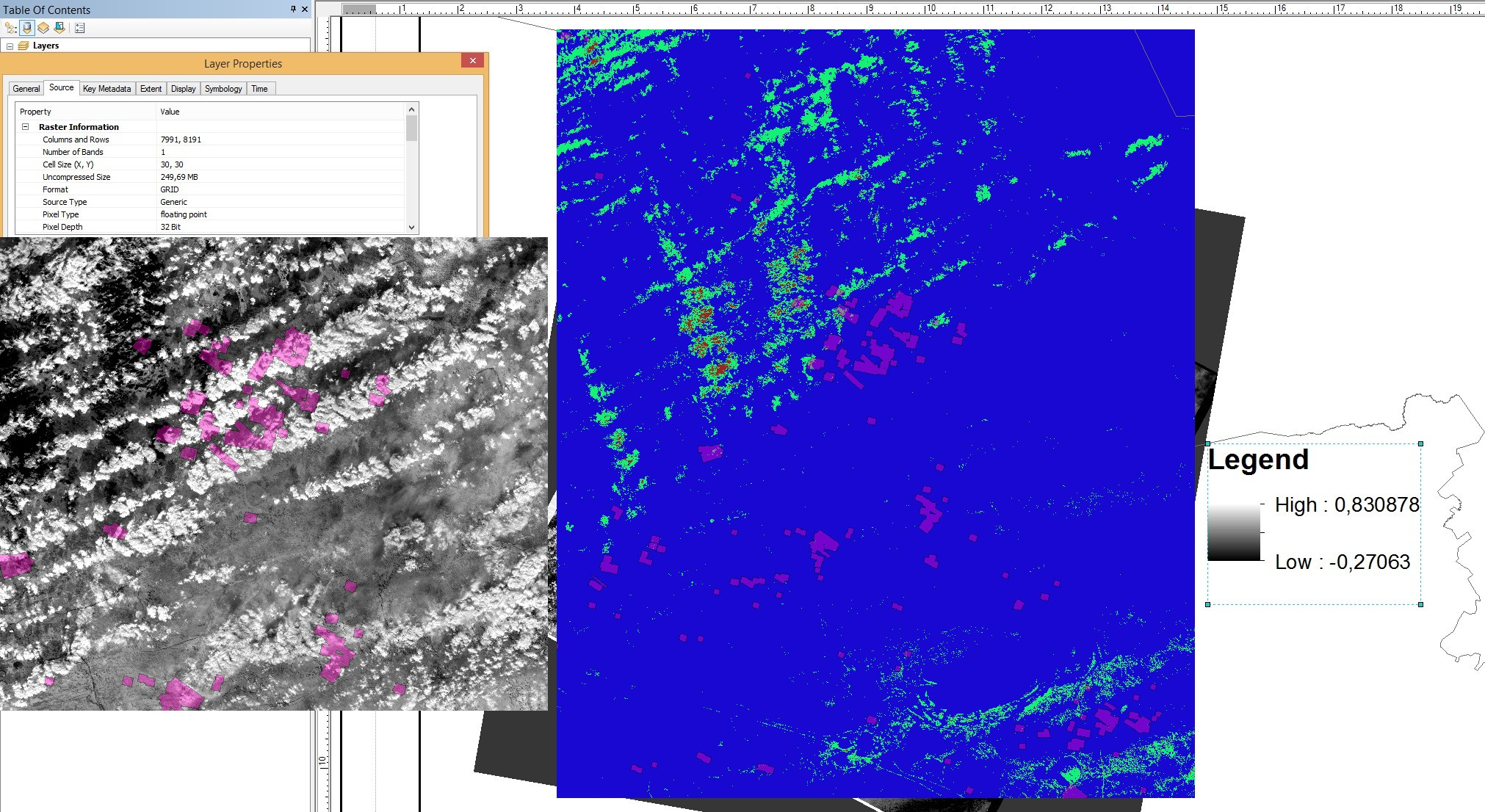 The "blue" pic is a result of ISODATA process (for detecting of the areas with the biggest difference which are supposed to have been burned). The questions are:

1) No. The way how dNBR is usually used to identify the burned area is to set a threshold, beyond which point you'll considered the pixel to be burned. The threshold is not universal, and you'll need to determine it based on a series of factors (eg. forest type, difference in time between two images, etc) according your actual conditions.

2) You'll need to reconcile the different spatial resolutions of two datasets. If you have access to ArcGIS, a common way to do that is to use the resample tool (with the majority filter, since you are dealing with classification images). You'll probably want to resample the landsat-based image to the modis resolution, instead of the other way around.

PS: As CSB pointed out, you've got clouds in your scene. Clouds are extremely undesirable in disturbance mapping as they'll usually be identified as disturbances. So you definitely should deal with them first, by masking them out.

Not the answer you're looking for? Browse other questions tagged arcgis-desktop arcmap modis landsat-8 or ask your own question.