I'm am having some trouble plotting my spatial data using ggplot2. The map looks fine when plotted using spplot, so I'm assuming that the tearing occurs at the fortify stage.

The code is as follows:

The aggregate has worked, as can be seen by the spplot (note: I found how to aggregate by the regions from this SE post: Join spatial polygons by code in R) 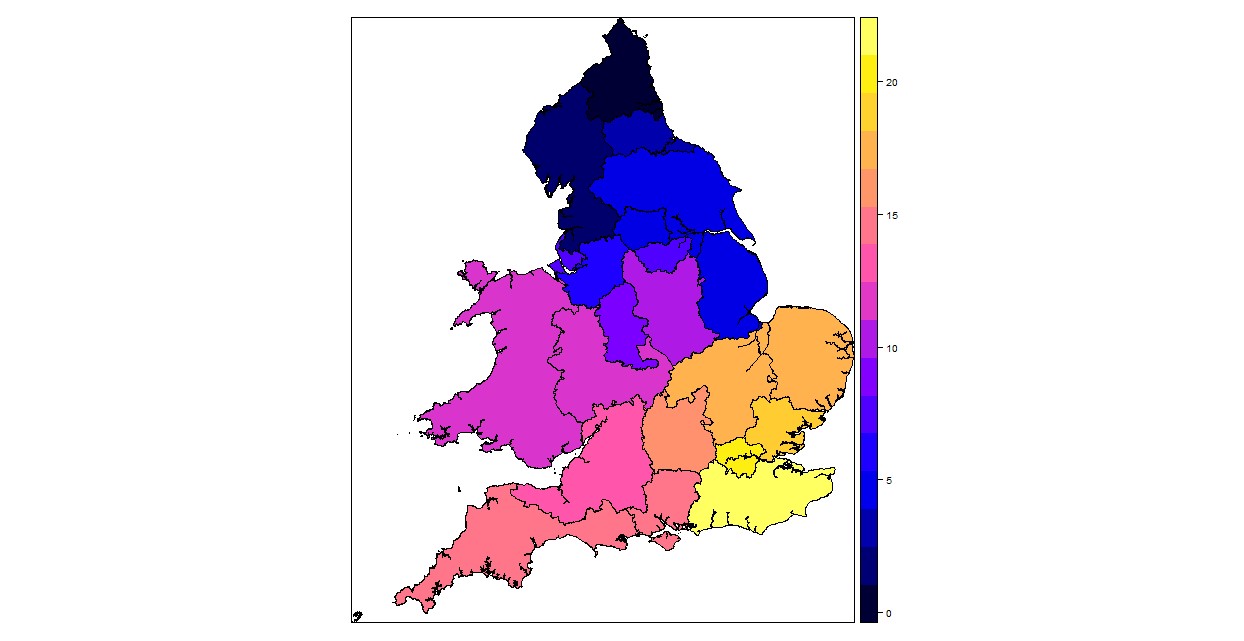 But when I fortify the spatial data so that I can use ggplot, there is tearing around the edges. 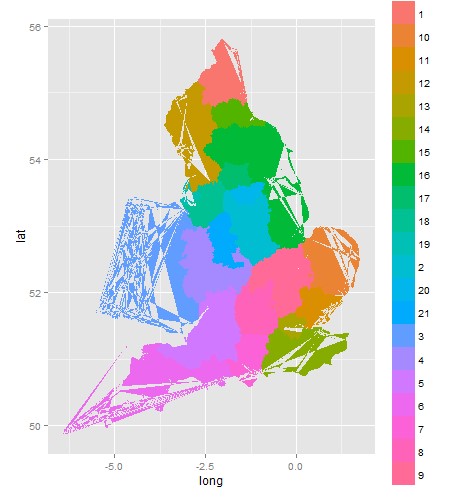 How can I stop this tearing?

I've looked at similar responses on SE, but the responses suggest that tearing occurs during a merge (What is the cause of 'tearing' of polygons (artifacts) using R, ggplot and geom_polygon?). I think my tearing occurs at the fortify stage as the spplot before fortifying looks fine.

You should you use group=group in the aes mapping. Here is a reproducible example of your problem: 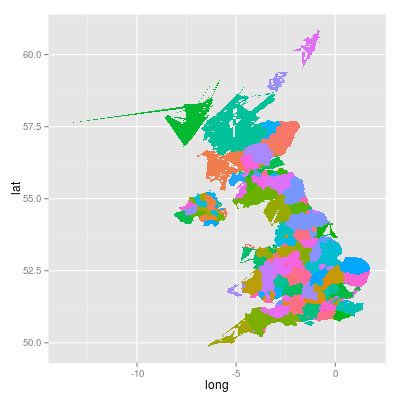 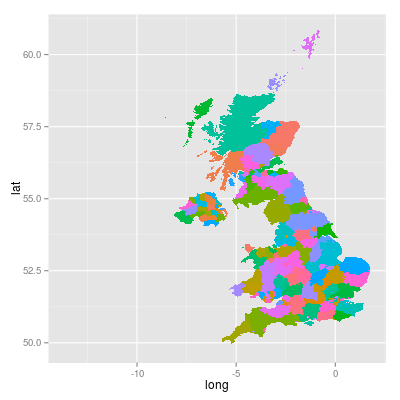 Not the answer you're looking for? Browse other questions tagged r ggplot2 rgeos or ask your own question.

9
What is the cause of 'tearing' of polygons (artifacts) using R, ggplot and geom_polygon?
2
Joining spatial polygons by code in R?