I am using this script to import OSM data into a GIS based model.

This has to run independent from any software package such as QGIS, PostGIS, or ArcGIS.

I then create a shortest path between two nodes as follow:

I would like to visualize (kml?) the results of the shortest path and store them (shp?).

I have a feeling that I need to use the write_shp but I think that only works if you have already used read_shp which I haven't since I'm importing directly from OSM.

Based on @gene 's comment, I added the following code:

I don't think I'm on the right track yet. as it seems I need to maintain the coordinates somehow with my nodes/links 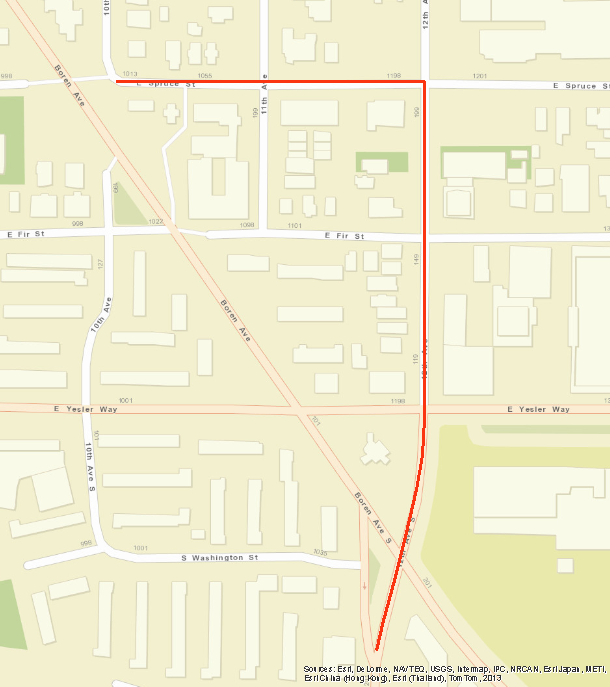 Writes a networkx.DiGraph to two shapefiles, edges and nodes. Nodes and edges are expected to have a Well Known Binary (Wkb) or Well Known Text (Wkt) key in order to generate geometries. Also acceptable are nodes with a numeric tuple key (x,y).

You don't need to use read_shp before but you must convert the nodes and edges of the digraph to WKT format.

For that, you can use Shapely

Not the answer you're looking for? Browse other questions tagged python-2.7 networkx or ask your own question.