Automatic creation of polygons from Feature Class points in ArcGIS for Desktop?

I have two point feature classes, let's call them A and B. They are well-spaced and the points are non-overlapping: 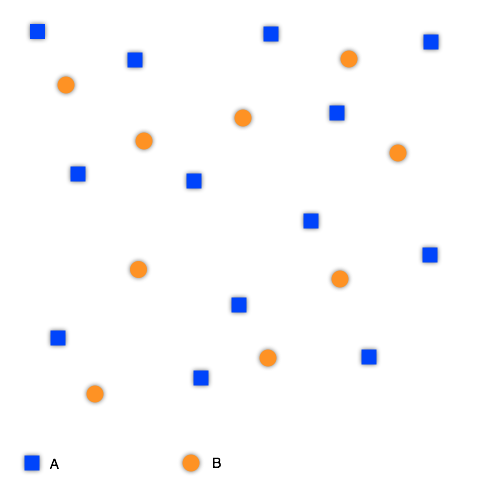 My objective is to create a topology using these two sets of points by connecting the minimum number of A points together to form polygons each of which contains one B point. The result would look something like this: 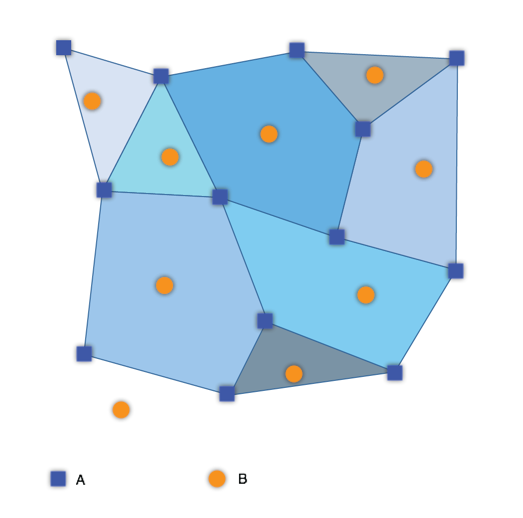 I am familiar with how to use the Topology rules within a Feature Dataset to ensure that the polygons do not overlap and that the A points appear on the edges of the polygons, whereas the B points are properly contained.

If not, then the solution I'll have to pursue will be to write a toolbox script to process the A and B feature classes and generate a new polygon output class. If there is a "quick" way to do this, without having to write my own Python interacting with arcPy, I'd love to know. 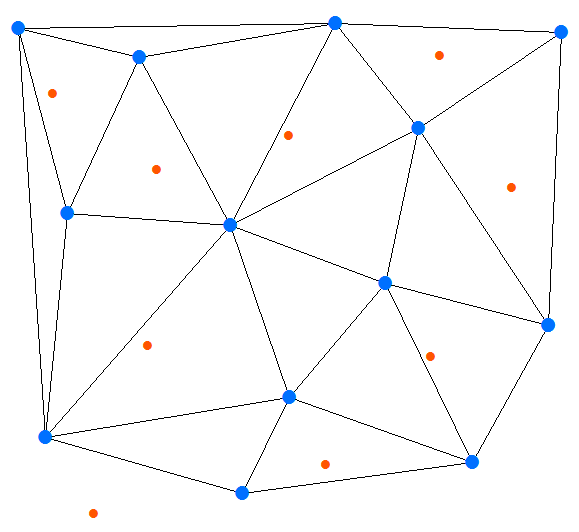 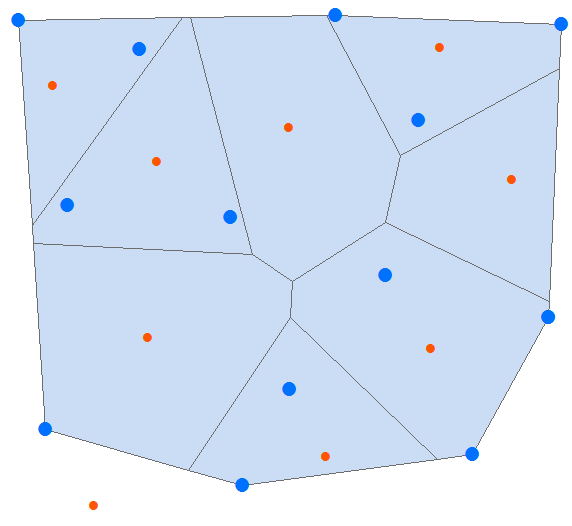 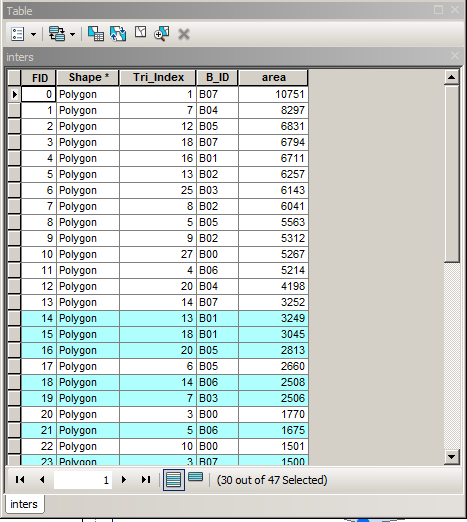 Join above table to triangles using Tri_Index for joining. Use field B_ID (points B id field) to show triangles: 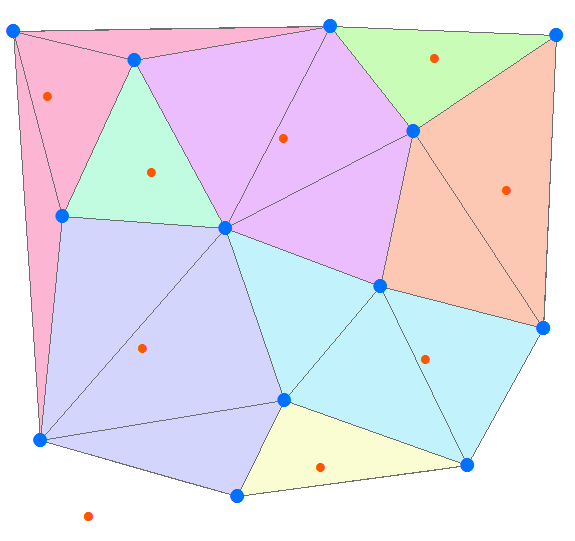 Not the answer you're looking for? Browse other questions tagged arcgis-desktop arcpy topology or ask your own question.