I recently updated to QGIS 2.10.1 and have found that I can no longer view .OSM files.

Before I simply dropped and dragged downloaded .OSM files into QGIS and it automatically split into four different layers: points, Lines, multilinesring, and multipolygons. 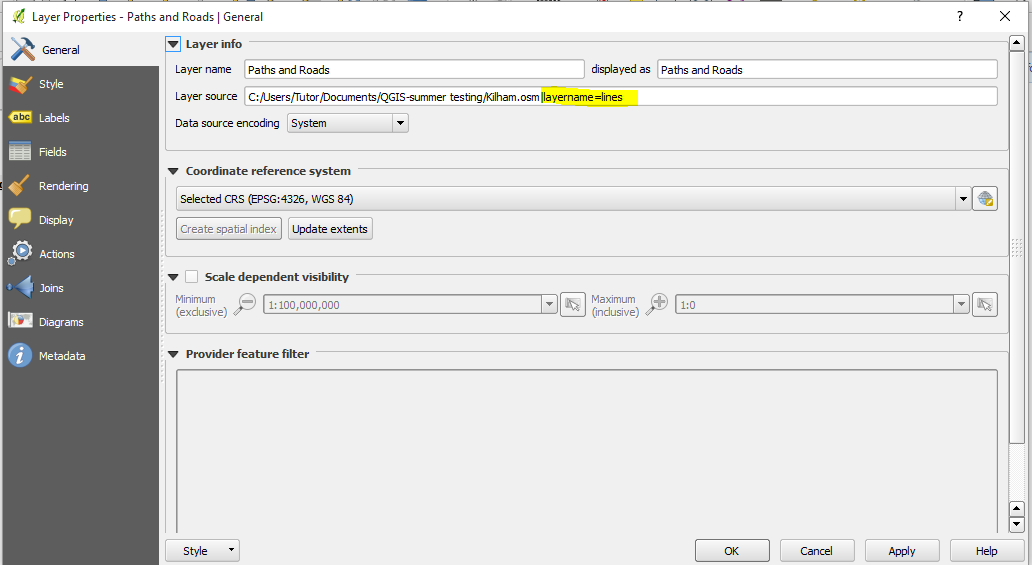 This no longer works.

I have tried to use the import and export topology options from the OSM plugin, however, there is no Lines 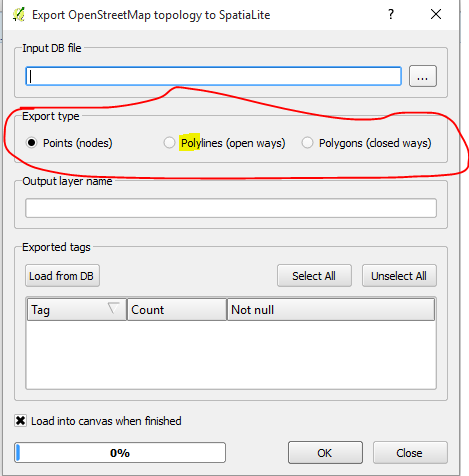 "export type" option in the export OSM topology to spatiaLite box. These means I am now missing a large amount of my road, footpath, ect data (I am working with rural areas which will not receive much attention with the OSM community) which is obviously saved as a line not a polyline.

Is there anyway to export line data?

Active Oldest Votes
2
Want to improve this post? Provide detailed answers to this question, including citations and an explanation of why your answer is correct. Answers without enough detail may be edited or deleted.

Now that the QuickOSM plugin installed I have no problems

Not the answer you're looking for? Browse other questions tagged qgis openstreetmap spatialite or ask your own question.