Understanding target layer and source layer in Select By Location of ArcGIS for Desktop?

I have a lab assignment that i would need some help with. I have a 25km buffer that's in a circle. Within that i am supposed to make a map were the berries that people can pick are. The assignment is to put in some "demand" that needs to be fullfilled to be in the buffer. I have a layer with vegetation that contains many different vegetation codes. I have made a Selection > Select By Attributes and exported the data with only the vegetation codes that i need.

EDIT: Okay i will try and explain. I tried to upload pictures to be even more clear but i am not allowed to post links apparently. This would be SO MUCH easier to explain if i could post pictures. 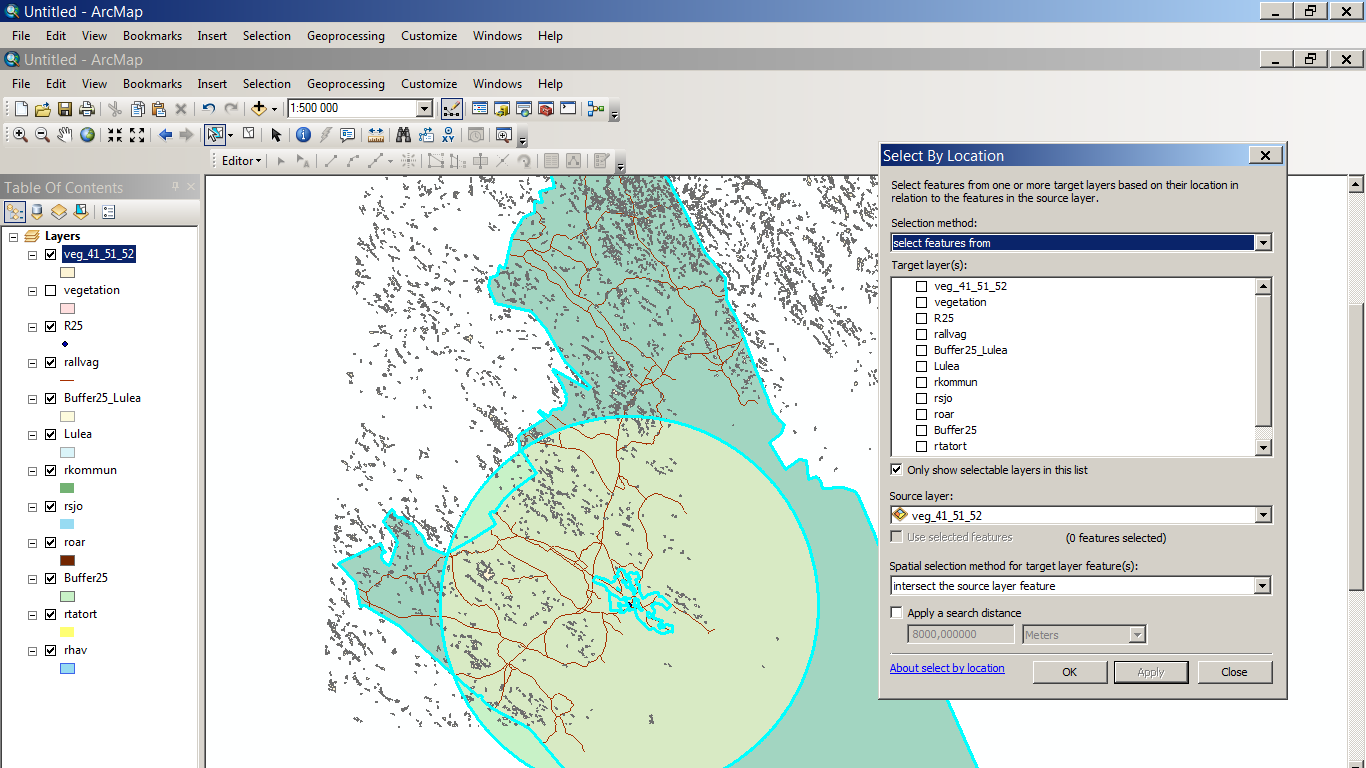 Not the answer you're looking for? Browse other questions tagged arcgis-desktop arcmap buffer select-by-location or ask your own question.