What I want to do is cut polygons into new euqal size polygons, so far the only solution I found was using the Parcel Editor. However, I cannot use any of the functions because everything is disabled and I can't figure out what it is that I'm doing wrong.

I first converted my polygons to lines and created a topology with the 6 required rules. I validated the topology and checked for errors (no errors found). I created a new Parcel Fabric for the feature dataset where I store my polygons and lines (enabled information model). Then I used the tool "Load a topology to a parcel fabric" to import the polygons into the parcel fabric. I am able to select a parcel but I can't do anything with it. I loaded the lines into the parcel fabric as well but it doesn't change anything. Neither does using the workflow function. I also have some red exlamation marks in the table of contents but I don't know how to change that. (see image)

Does anyone know how to solve this or another way to split polygons into eual size smaller polygons? 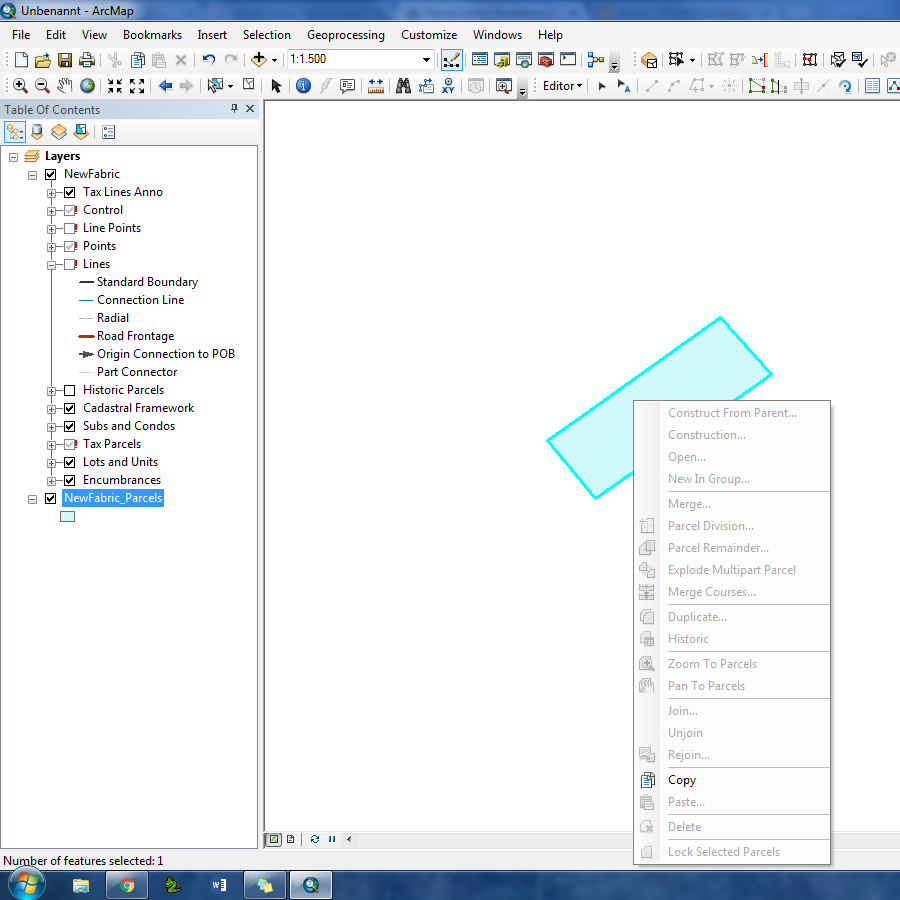 Not the answer you're looking for? Browse other questions tagged arcgis-desktop splitting parcel parcel-fabric or ask your own question.