Using ArcMap, how may I convert a shapefile to use decimal degrees?

I have a shapefile that currently uses meters as the measure for its coordinate system, but the map framework I wish to use expects decimal degrees. I'd like to reproject my shapefile to use decimal degrees, but I can't seem to figure out how to do so.

In ArcMap, I bring up the Project tool (ArcToolbox -> Data Management Tools -> Projections and Transformation -> Feature -> Project), and I select my desired projection (Projected Coordinate Systems -> Continental -> North America -> USA Contiguous Albers Equal Area Conic USGS.prj), but I'm not sure how to select my desired units at that point. If I click "Modify..." I can edit the Projected Coordinate System Properties, and I would expect "decimal degrees" to be an option in the "Linear Unit" dropdown, but it's not.

How may I go about choosing to reproject into decimal degrees?

Short answer: I wasn't understanding the difference between Geographic Coordinate Systems and Projected Coordinate Systems. A Projected system describes a flat surface, and so it doesn't make sense to describe it in terms of degrees; whereas a Geographic system uses a 3-dimensional spherical surface, so degrees are appropriate.

A system like the Google Maps, which uses the Web Mercator projection along with latitudes and longitudes, presumably must reproject lat/lng coordinates on the fly.

Thanks to @Brad Nesom for helping to elucidate me. I'm accepting his answer for being patient and helpful :-)

The easiest way is to go to the TOC table of contents...
right click the data frame (usually named layers). 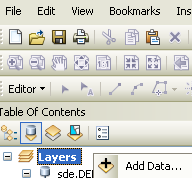 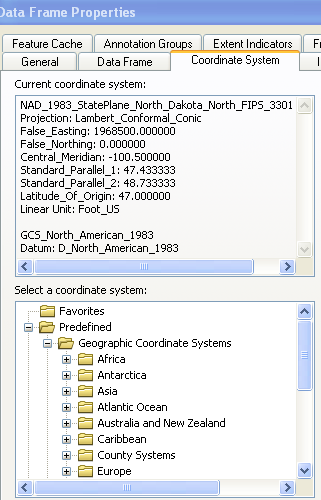 then find the gcs system you would like to have as the final output
set the "document " to that by OK'ing out of the dialogs.
Then when you right click on the layer you want re-projected and select >Data 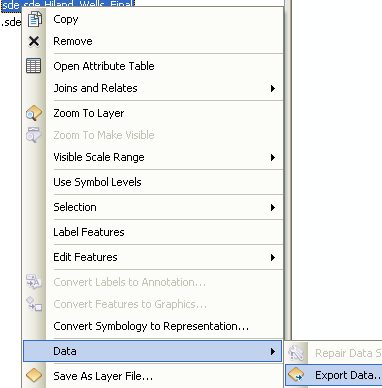 export data.
You get the export dialog.
Select the "same as data frame" option.. 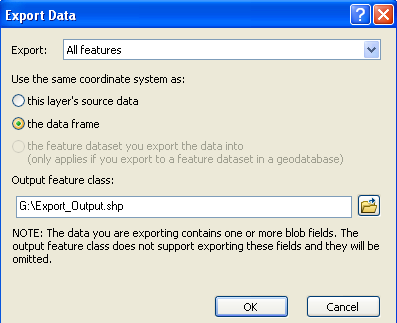 Give it a location and you are done.

Just incase some had the same problem as me. The lat and long fields dont change their values when you do the correct projection.

Next, you need to go to the attributes table for that new layer.

Next, you need to add 2 new fields - say longX_DD and latY_DD with float format. Next, for each field, in the attributes table, right click on each colomn header name, and select CALCULATE GEOMETRY. Next select the Decimal Degrees as the format for the lat and long. Hit ok. Now the lat and long (once you have done this for both fields) are in Decimal Degrees.

GeochrisGeochris
2111 bronze badge
Add a comment  |
0
Want to improve this post? Provide detailed answers to this question, including citations and an explanation of why your answer is correct. Answers without enough detail may be edited or deleted.

Just use the Geographic Coordinate system that will give you map units in DD.

Not the answer you're looking for? Browse other questions tagged arcmap coordinate-system shapefile convert or ask your own question.