Is <PerpendicularOffset> only available in GeoServer from version 2.9?

I need to visualize PostGIS' polygons as GeoServer WMS with specific style such that the polygons' stroke have different color between inner and outerside of the polygon. According to this reference, a <PerpendicularOffset> tag can be used. Below is the illustration from the reference.

I tried to add that tag in my GeoServer 2.7.0 but does not work. The stroke was rendered with usual symmetric stroke, (inner and outer polygon with similar color and width). Below is the result (i am expecting the gray stroke in only inner side) but fails: 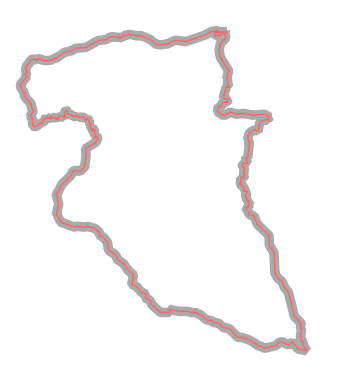 The reference apparently is for "2.9.x", and when I check the same reference spot (LineSymbolizer) of lower version (2.8.x and 2.7.2), the explanation of <PerpendicularOffset> tag in LineSymbolizer does not exist.

I tried the blending modes, with the following success result:

The above uses 4 FeatureTypeStyle, more or less based on the example you refer in the answer by @AndreAime.

I also tried the Fluxomajic but blending modes are far better.

Not the answer you're looking for? Browse other questions tagged geoserver wms style sld or ask your own question.