How to merge two point feature classes based on spatial location using ArcPy?

But if the distance between a point of feature class 1 and feature class 2 is smaller than 50 meters, they should be merged to one point.

The figure should illustrate the problem 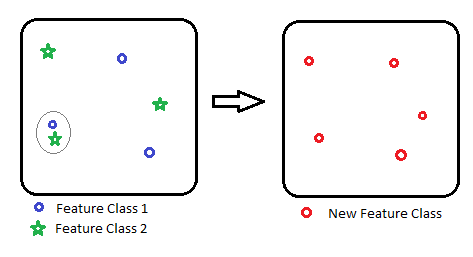 How can I do this programmatically (with an ArcPy script)?

One way I could think of is:

How can I achieve this?

This is a point clustering problem. I would suggest to:

This workflow can be chained either using Python or ModelBuilder!

Not the answer you're looking for? Browse other questions tagged arcpy point merge clustering grouping or ask your own question.