Is there any python code that:

2nd, grab the first cell of sorted column and assigned it to a variable like A=..

I need all of this to be done in field calculator and inside show block. Please give me a sample or help.

You'll want to use the data access search cursor (requires ArcGIS 10.1+) for this task, and its sql clause functionality. The sql clause allows for sorting.

Here's the python code that assigns the first non-null value in the sorted field to the varaible var: 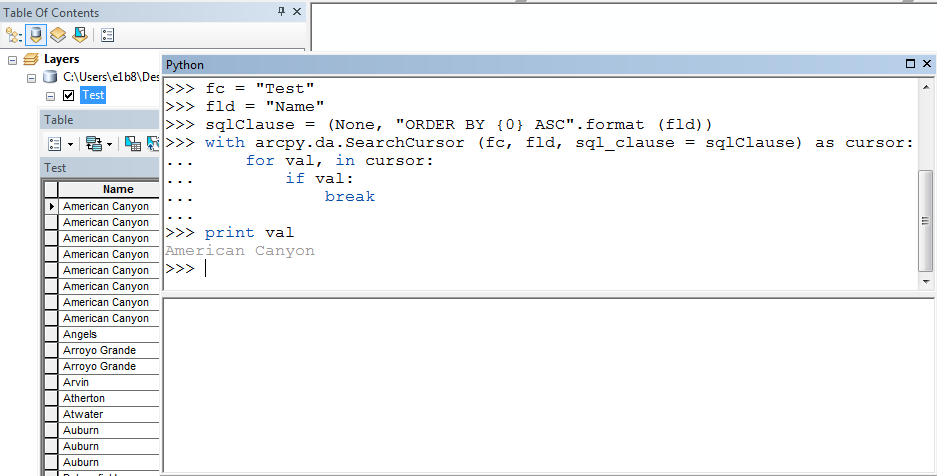 I recommend doing this outside of the field calculator, and instead as a python script imported into ModelBuilder, so that each row calculated doesn't create a new cursor.

Given all what I've seen so far it seems to me the best approach is to use the Calculate Value tool in ModelBuilder.

Not the answer you're looking for? Browse other questions tagged arcgis-desktop modelbuilder field-calculator python-parser or ask your own question.