I have a python script that checks file path names for corresponding files in a drive location. All of the inputs were originally hard coded, and it works well enough:

I'm trying to create an ArcGIS script tool from this, and I've only had partial success. I can use

Here are the parameters in my ArcGIS script tool: 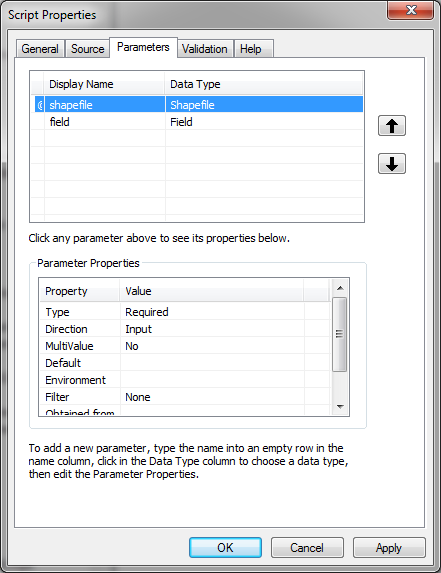 Change the "Obtained from" property for the input to the shapefile parameter. 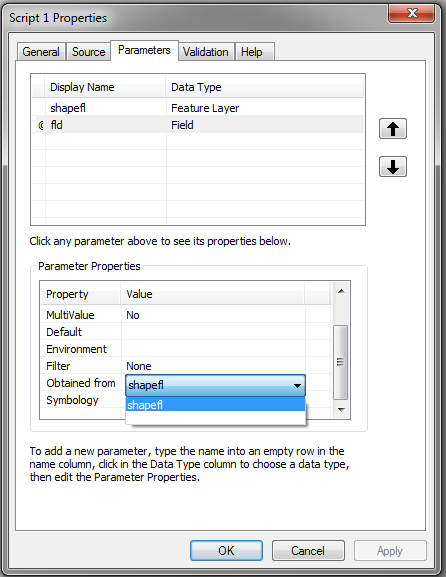 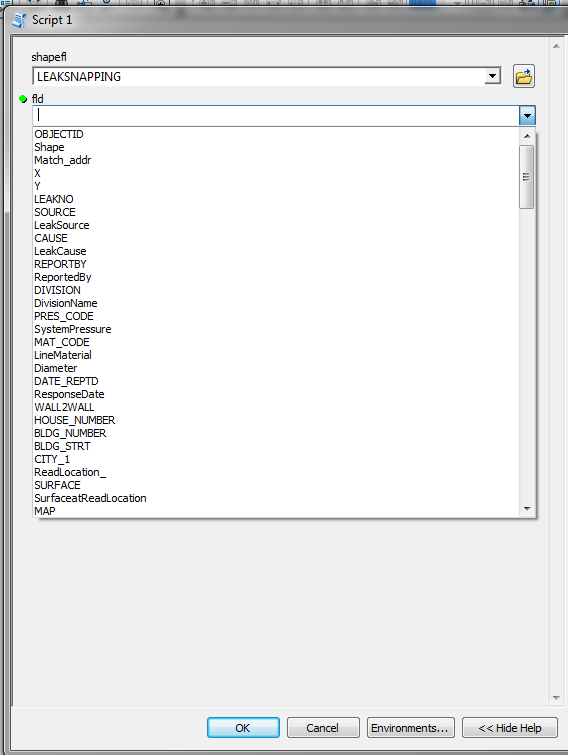 First Add the file as the first parameter (you probably already got this far). Then add a field. Filter the field as in my top screenshot for the type of data for your field. "Obtained From" provides the answer to the question. You have to set that to your FILE. You also have to set the TYPE to Derived (instead of required) on the Field. 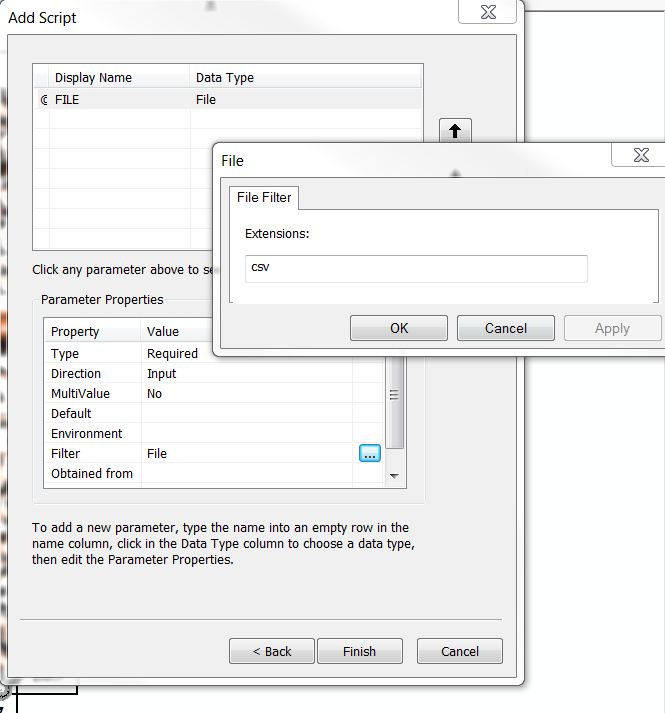 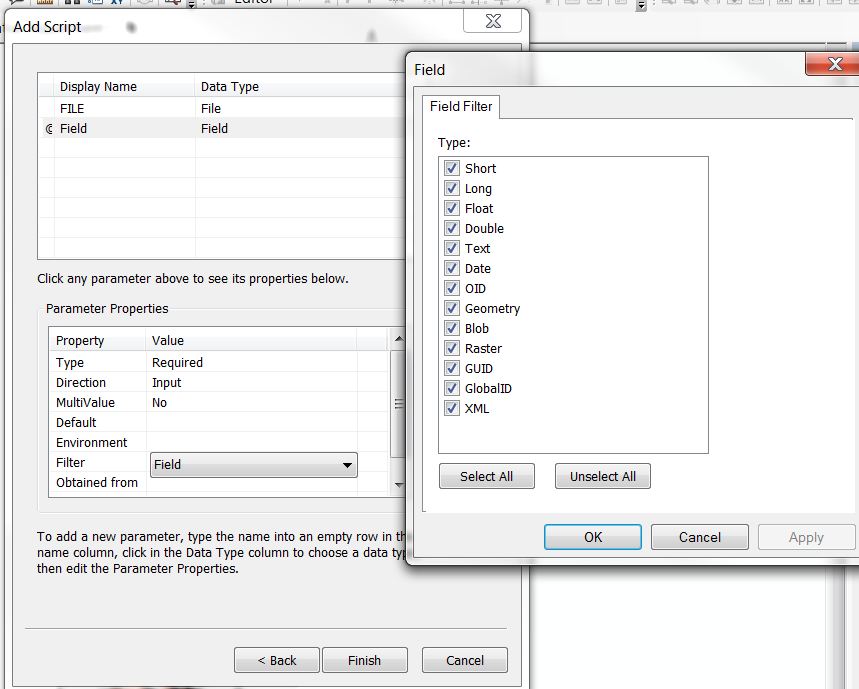 2
How to create ArcGIS tool with list and "sublist" using arcpy?
0
Generating choice list (dropdown) in toolbox to allow user to select field in CSV as input?