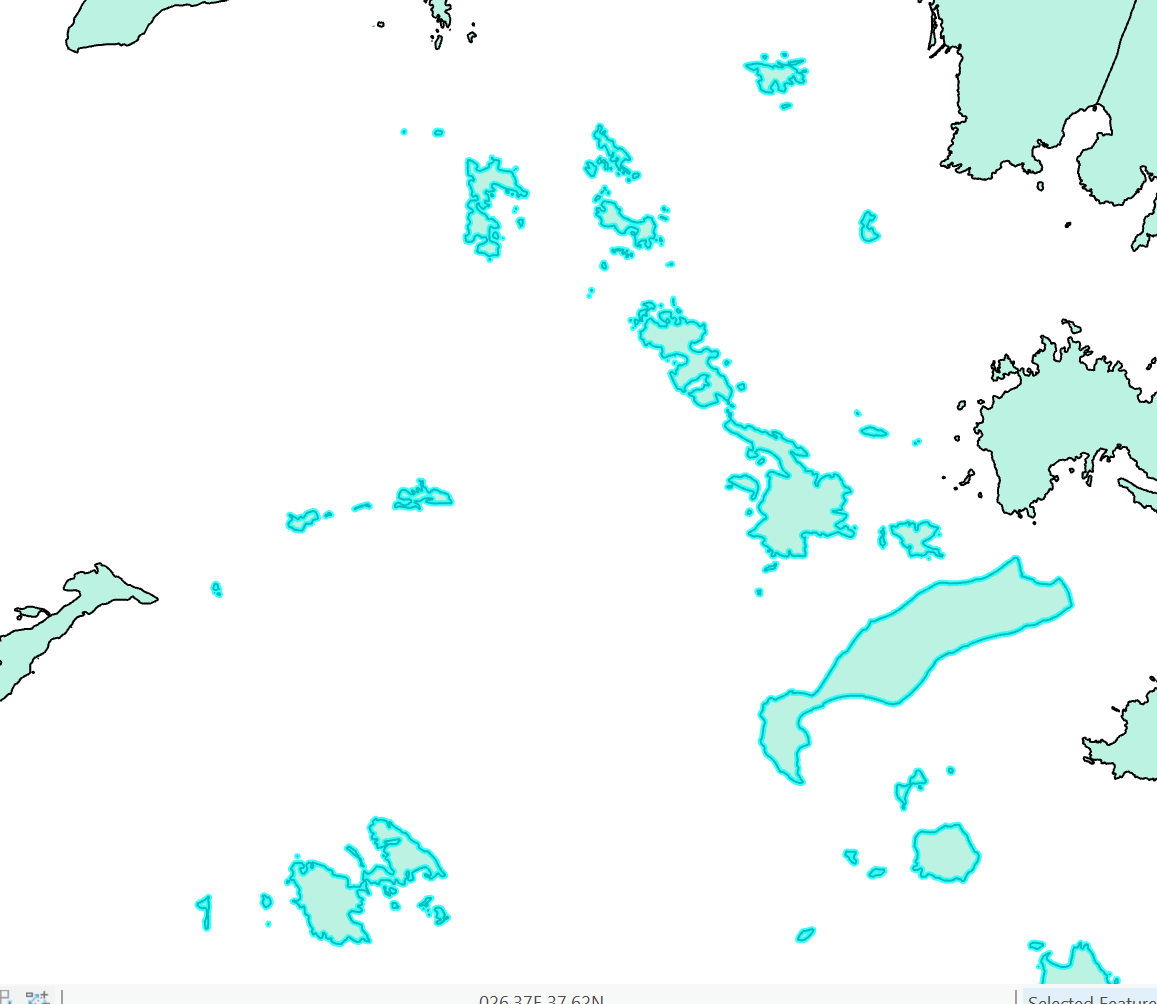 What I'm trying to do is to split up that selected islands as single-part features/ polygons. But not all of them, you can see some little dots around the islands are like a part of the island. So I need to separate them by selecting. How can I do that?

If i get you correct, You can use Explode tool to generate single part feature from that multipart feature in an EDITING session. This process also tracks attributes.

Process- Start editing session, select a (or many) multipart feature then click that tool- all done. 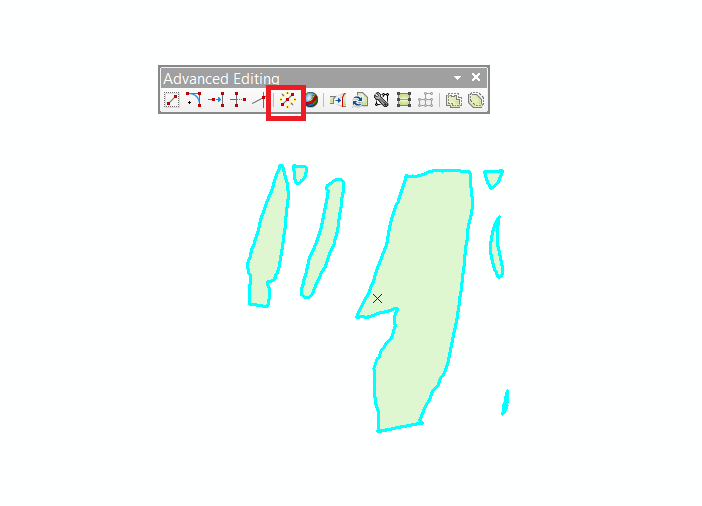 It sounds like you want some of these contiguous polygons (islands) to have their own record, whereas some very small ones should be combined with their larger neighbors into a single record. For all of those to exist together in the same feature class, that feature class has to be multipart, to support the islands that include little satellite islands.

Assuming ArcGIS, first, you could use the Multipart To Singlepart tool to make every contiguous island it's own record. In that feature class, make a new attribute field. Manually select a group of polygons that should be one "island," and edit their values in that new field to be identical, but unique from other multi-polygon islands. The little button to toggle only selected records in the table is useful for cases like these. Repeat for each multipart island. Finally, use the Dissolve tool to bring them back into one multipart feature class, being sure to dissolve on your identifier attribute.

Not the answer you're looking for? Browse other questions tagged arcgis-desktop polygon features splitting or ask your own question.