I managed to get Ukrainian topographic map. 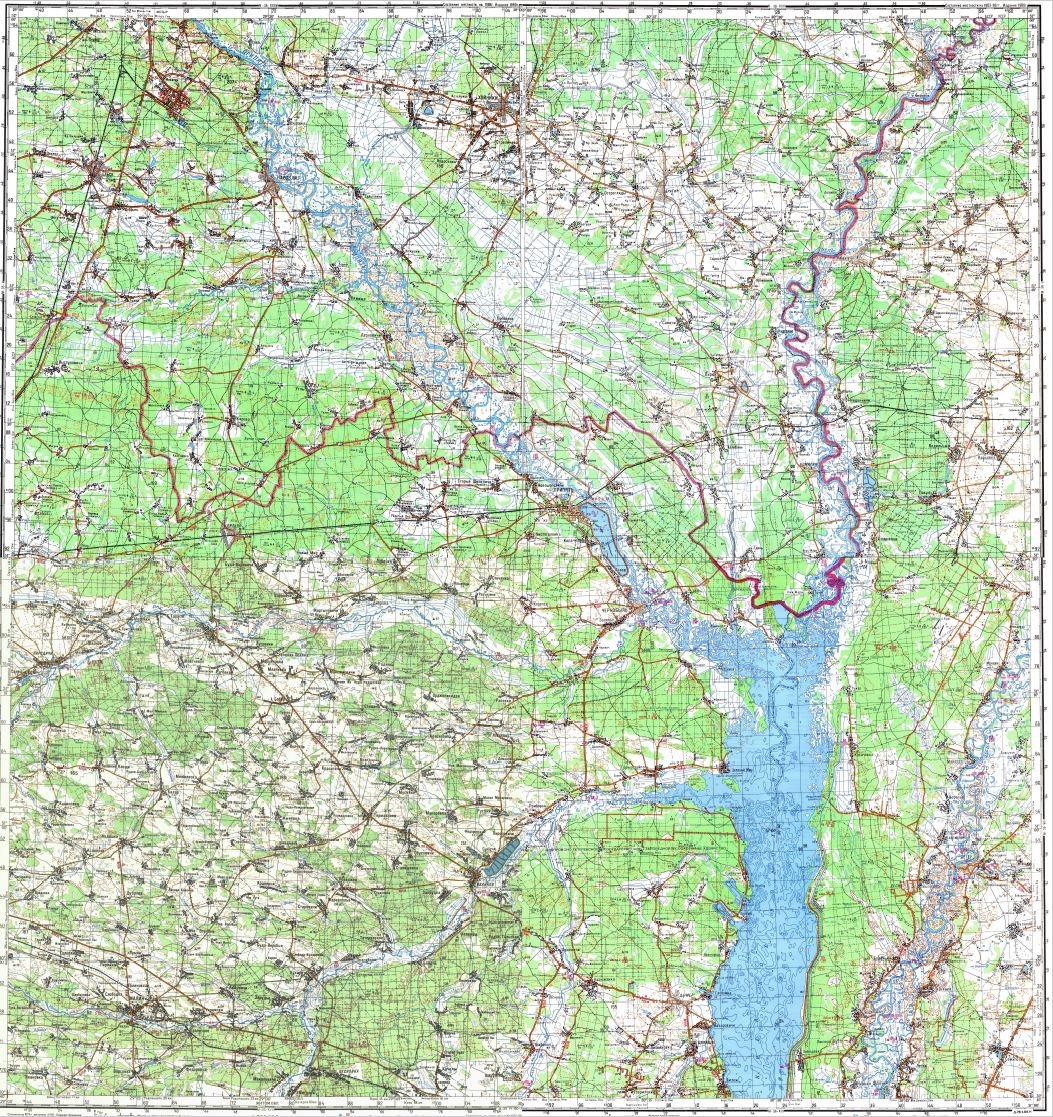 The problem is that I don't have a clue which projection was used and how to read the 'X' and 'Y' coordinates in those maps. I don't know Ukrainian either.

@razi you should have a look at www.epsg.io and search for coordinate reference systems of Ukraine there.

In the bottom left of the image is the date 1979. If this is the date of publication then I'd suspect the geodetic datum used would be Pulkovo 1942 and projected into a Gauss Kruger Zone perhaps number 6.

I had a look at the placenames in the image and one town is called При́п'ять (Pripyat - a town of regional significance in Kiev region) you can find it in Google Maps and it shows up in this area which is where you should georeference your image to. Of note is the prescence of Chornobyl (Чорнобиль) to the southeast of При́п'ять its neighbouring lake hosting the next crossing of the Pryp'yat' river.

Instead , the 6-degree Gauss-Krueger CRS fit better for the western and eastern half:

Georeferencing by using the degree coordinates as EPSG:4284 (Pulkovo 1942) is another option, but might invoke some disturbances, since the map is projected to meters, not degrees.

Not the answer you're looking for? Browse other questions tagged qgis coordinate-system georeferencing ukraine or ask your own question.