I'm trying to deal with an odd crash that occurs irregularly in arcGIS's arcpy, specifically under the create random points tool.

During "CreateRandomPoints", the program attempts to create by polygon a number of points in the polygon, the number dictated by a field. The problem I experience is that occasionally, upon attempting this line, python will immediately crash without giving an error code.

I accept that it's a known issue. I accept that there's nothing to be done about the crash itself, other than working around it. the problem is, i can't seem to catch the error and work around it.

I have embedded the code chunk containing

I have tried every error code I can think relevant, even a naked except block which to my knowledge should catch everything.

Is there some other means to catch the error? something i haven't tried yet?

The error might be from how you're formatting the arguments with that empty argument between shape and field. You could try this instead:

Otherwise, I don't know if this would work for you, but I have a tool I made that creates random points too. You can download it here:

You could then use this in your Python script by doing the following: 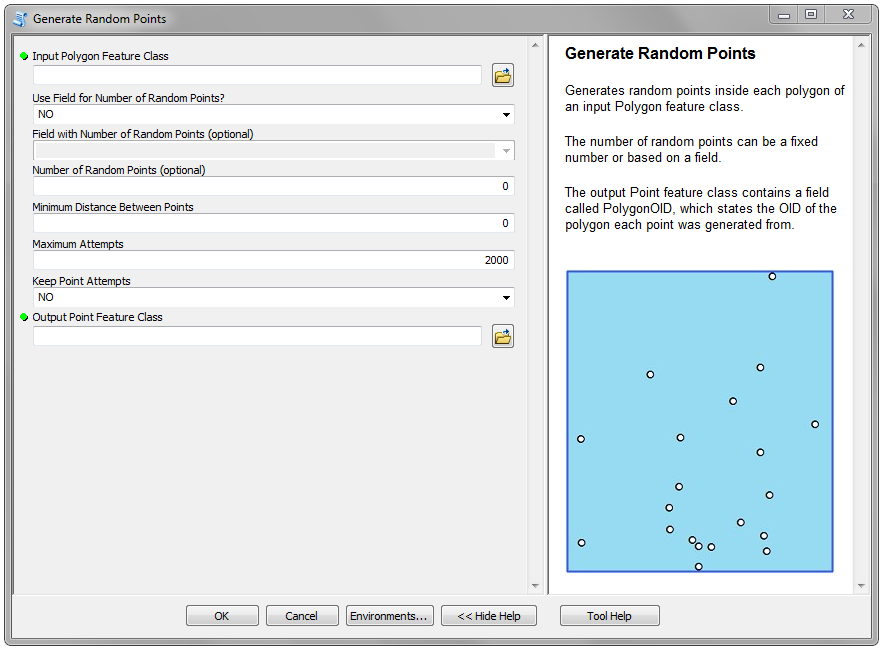 Not the answer you're looking for? Browse other questions tagged arcpy arcgis-10.3 or ask your own question.