Differences between triangulation and trilateration?

Looking around I noticed that many people interchange the terms (triangulation and trilateration) for the same sense.

What is the correct sense of Triangulation and what are the differences from Trilateration?

These two illustations are from the field of surveying but they should still apply.

As Martin has said, in triangulation, you work with angles as illustrated in the following figure. 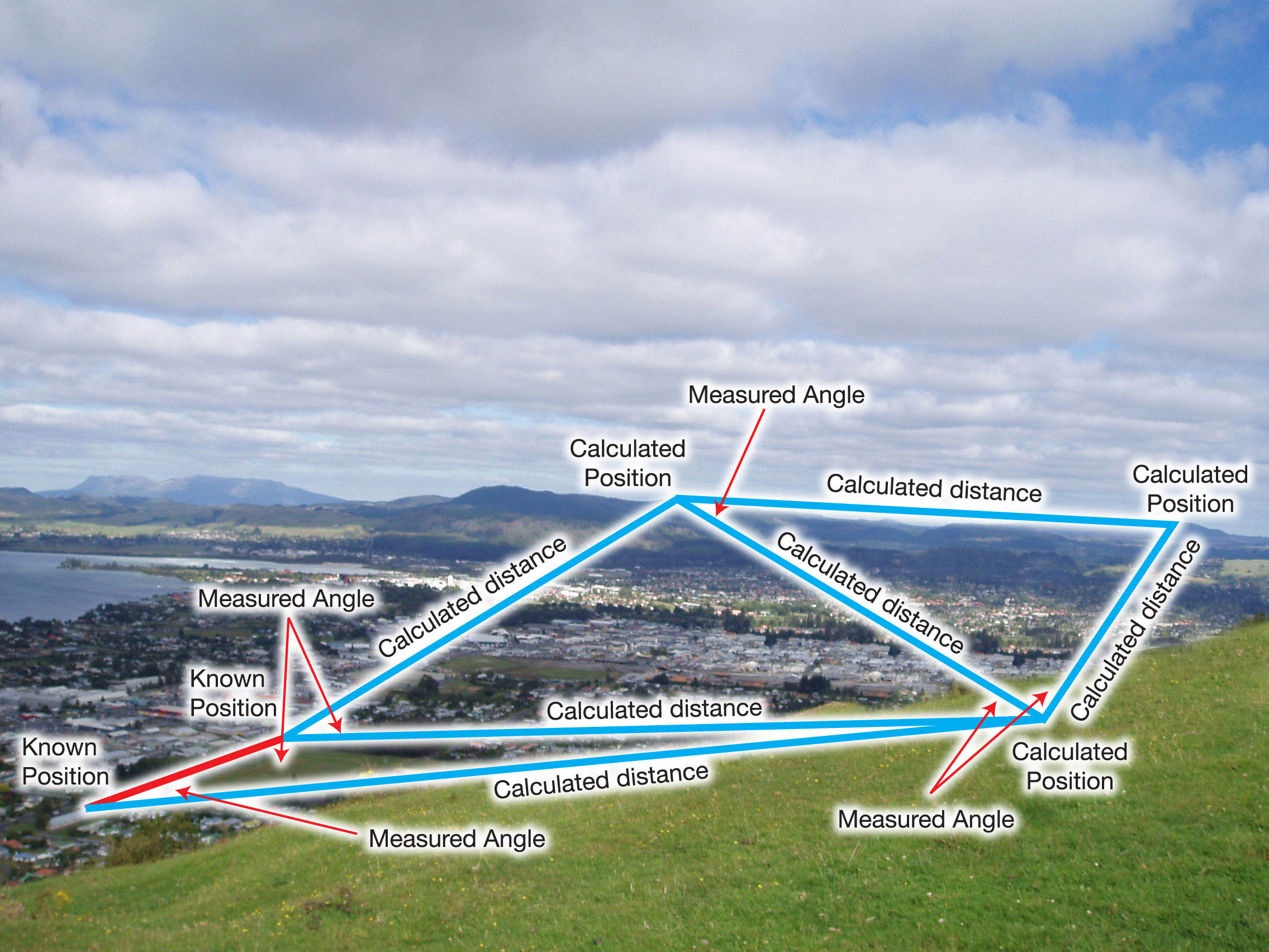 The positions of the points of interest are computed based on measured angles and two know points. From those angles, the distances are computed which are in turn used to calculate coordinates for the target points. 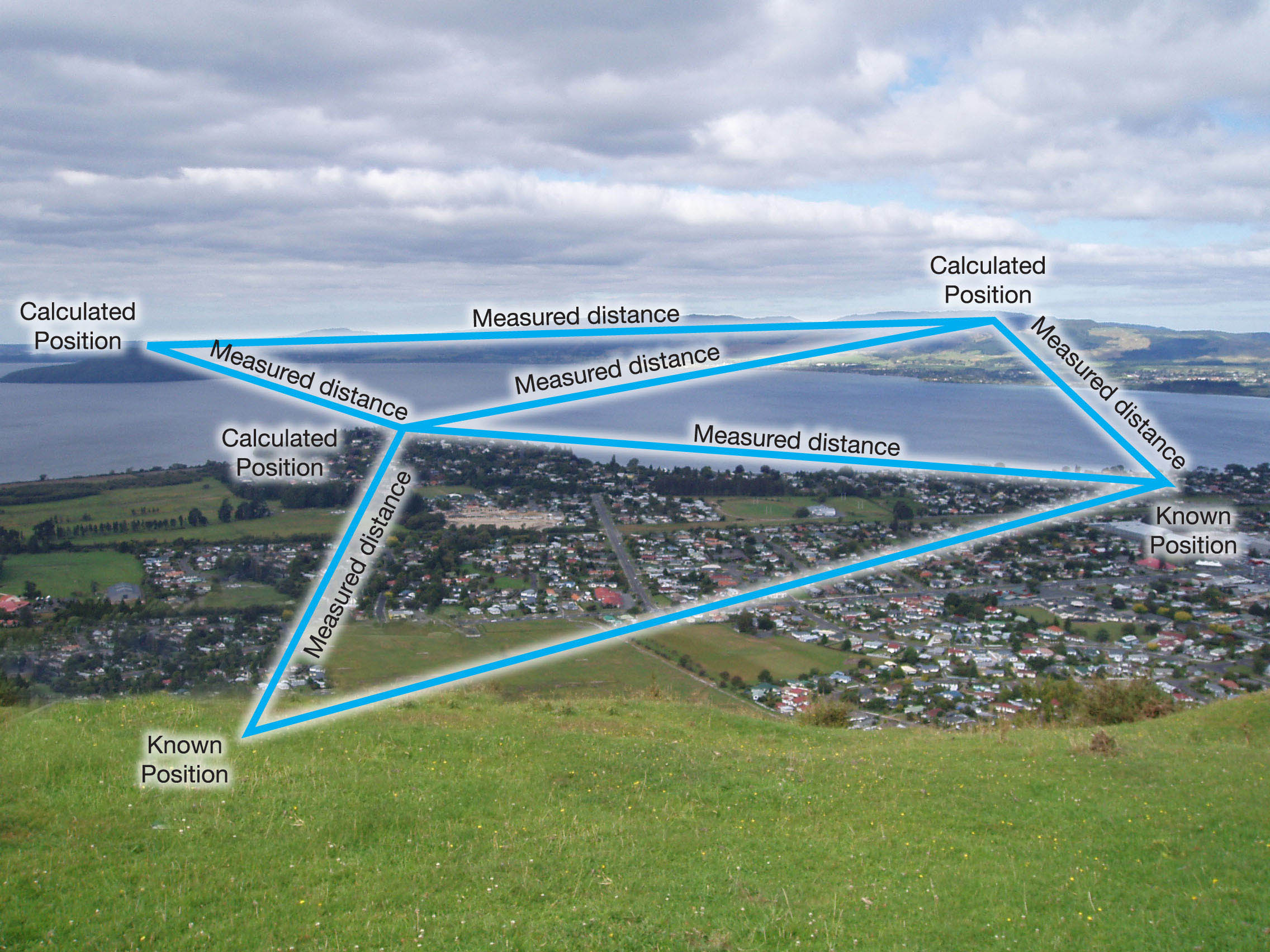 In trilateration, you work with distances. From those distances, you compute the angles. Once computed, you can use them in conjunction with the distances to get the position of the target points.

A simpler example would the one at HowStuffWorks. It is quite similar to how GPS works except that this one's in 2D.

Given only one distance, you only know you are within a certain distance from Boise (which could be anywhere in that radius)

Given another distance from Minneapolis, you can now tell that you are at the intersection of two circle. Still gives you two positions though.

A position from a third location (Tucson), would narrow down your location to only one point.

That's pretty much how GPS works except that GPS is in 3D and you're dealing with spheres instead of circles. You'd also end up with two points instead of a single point with the third satellite but you can eliminate the other point as it's not on the surface of the earth as the illustration shows. 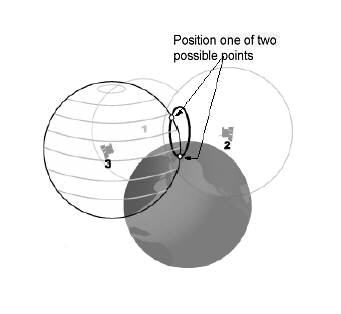 If you would look closely, their goal is the same. To get both distance and direction so that you can get the positions of the points you're interested in. Both of these techniques were invented before GPS and electronic measuring devices (EDM).

Before EDMs, triangulation was favored as it was very hard to measure long distances accurately while it was comparatively easy to measure angles. With the advent of electronic distance measurement tools (total stations and their ilk), trilateration also became popular as it was no longer hard to measure distances.

I hope that clarifies things for you.

Disclaimer: Images are from the ICSM site.

In real world applications you often work with both, or combine them. For example, total station surveys measure both distances and angles. On the other hand, GPS receivers use trilateration concepts, where speed and time equals a distance, to determine your position.

Not the answer you're looking for? Browse other questions tagged gps gis-principle trilateration triangulation-survey or ask your own question.

4
Why does GPS not give any info before it has a fix?
0
How to convert double bearing into x and y coordinate
0
How does the radius work in Trilateration