Dissolving line segments in QGIS if they touch and fall within same class? 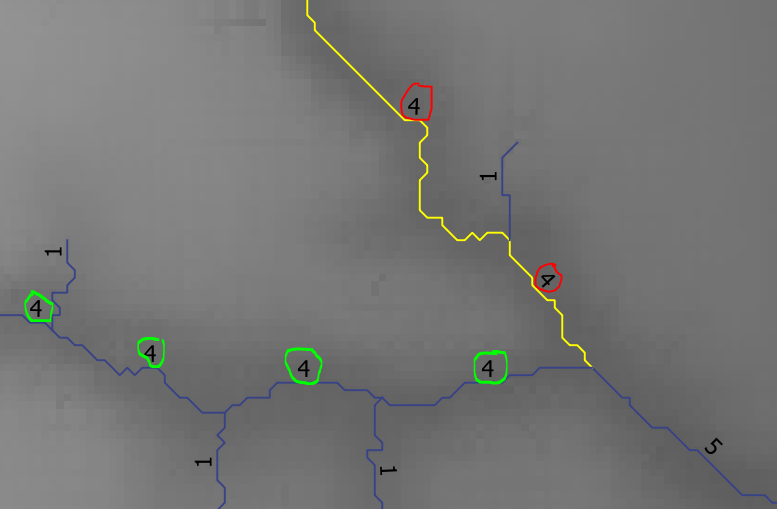 How can I proceed to do this in QGIS?

It all depends what are your data looking like. One easy way is to use two steps:

Please be aware this way the table values - start_point and end_point for lines after these steps will not make much value anymore. Also the result in this way will be dissolved lines if their start and end points touches of always exactly 2 lines. If they are touching out of start/end points, crossing or multi-touching (typically Y cross), these won't be dissolved after second step.

@Miro, I must say thank you again. I used your approach again and found another tool that helps i.e. "split lines with lines". For every class(order) I intersect it using the next higher order. So finally the approach I used is;

The results are as expected.

Not the answer you're looking for? Browse other questions tagged qgis select-by-attribute dissolve or ask your own question.

8
Merge lines with the same 'name' attribute on QGIS?
6
Merging adjacent lines in QGIS
3
Batch Dissolve Polygons based on Attributes in QGIS or FWTools
2
Batch process for merging features in multiple layers

1
QGIS split line into segments on polygon
3
Assigning common field value to segments between two points using ArcGIS for Desktop?
11
Joining segments of a line in QGIS?
3
How to dissolve shared line segments together in QGIS?
3
Merging features of the same class in QGIS