Different watersheds for same area because of “burned streams”

Im trying to analyse where water is flowing which rains down to my project area. This is the DEM I have (my project area is bordered blue, the red marks are my pour points): 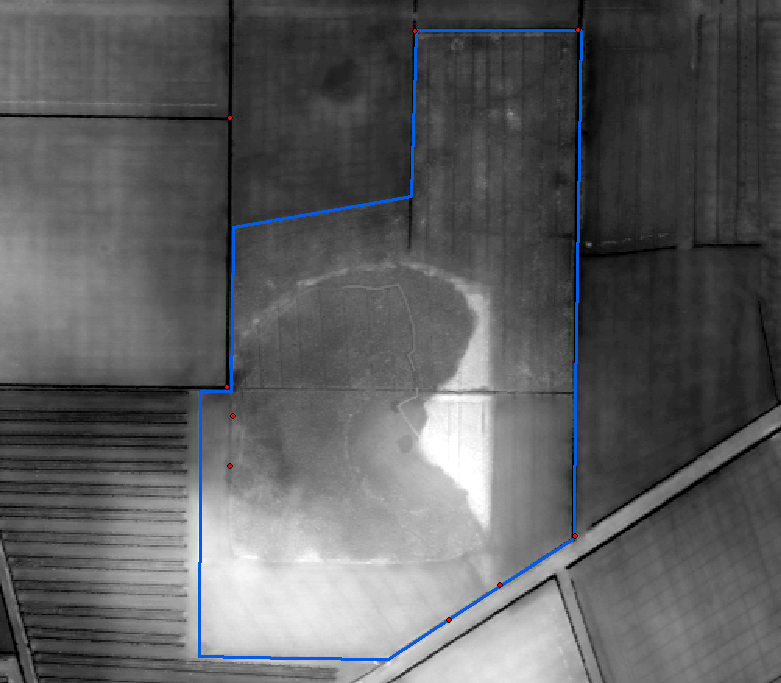 I learned from another thread (Could bridges prevent ArcMap from creating correct watersheds?) that culverts could disturb the creating of watersheds. So I used the "DEM Reconditioning" tool of ArcHydro to burn the streams: 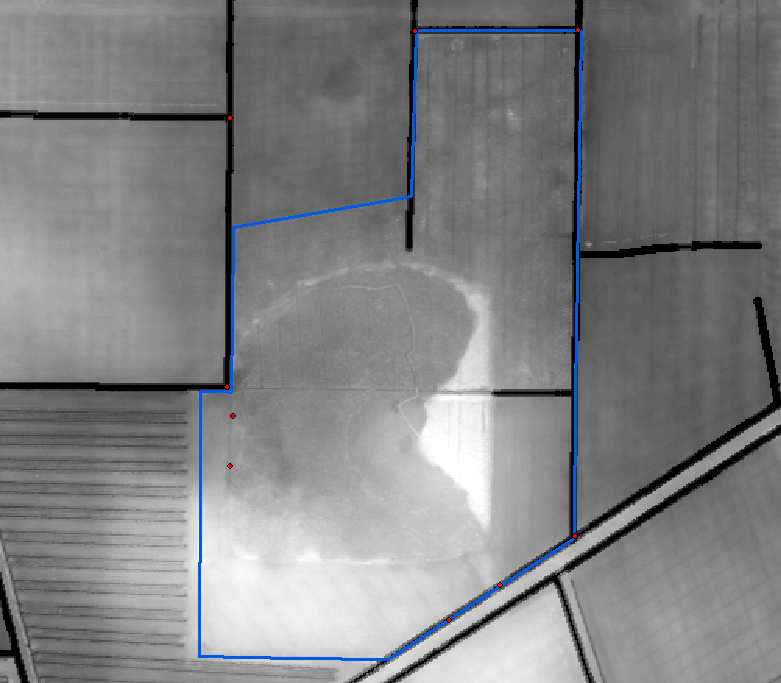 Then I used this DEM (called it "agreedem") and the following workflow to generate my watersheds (snap distance set to 3 m):

This was my first result: 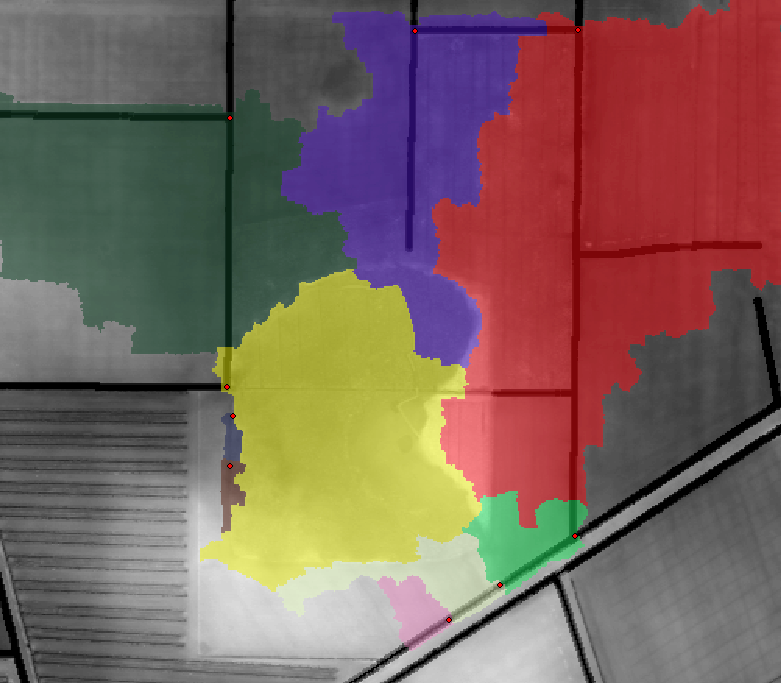 Since it is my main aim to analyze what I have to do to keep the water inside the center of my area I started building small dams using the "Build Walls" tool of ArcHydro. After that I rerun my watershed workflow (several times with different dams, this was the best result I could get): 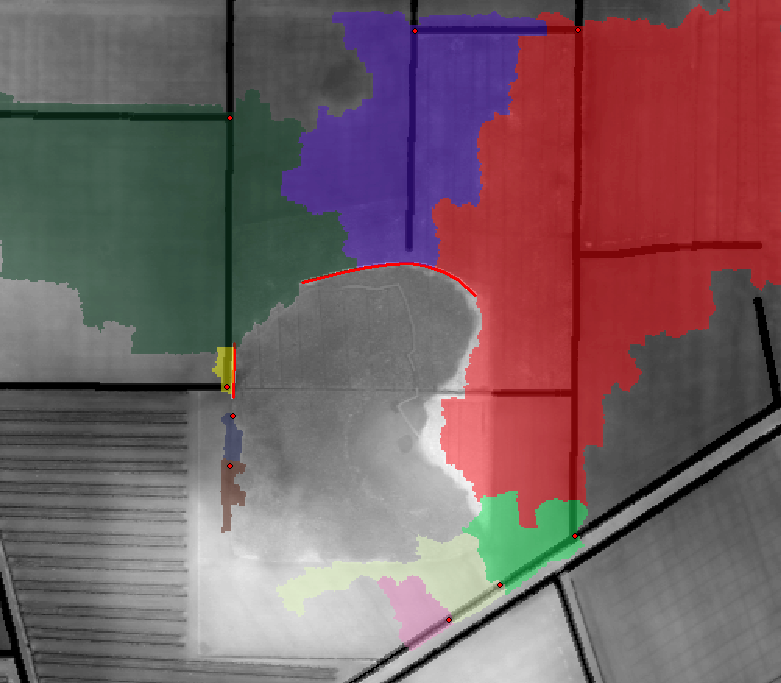 I was pretty happy with the result. Then I asked myself: "Why should I use the "burn the streams" thing in this case?". There are no streams with culverts in this area (though I have the situation with the culverts in other areas I'm looking at) so there should be no reason to do so. I deceided to rerun the watershed workflow for my original DEM (called "dtm_orig"): 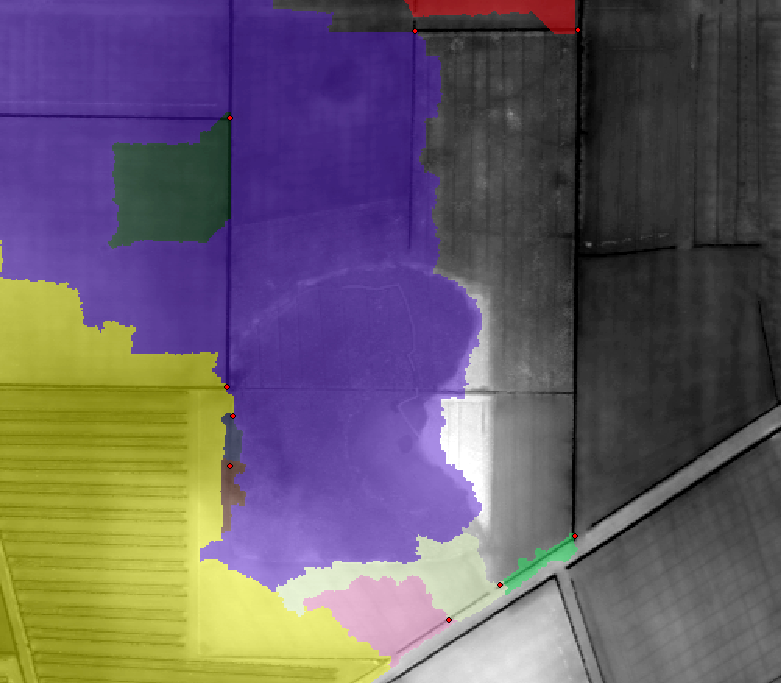 I then realized that there are huge differences in the DEMs which are generated in the first step by using the "Fill" tool between the "agreedem"... 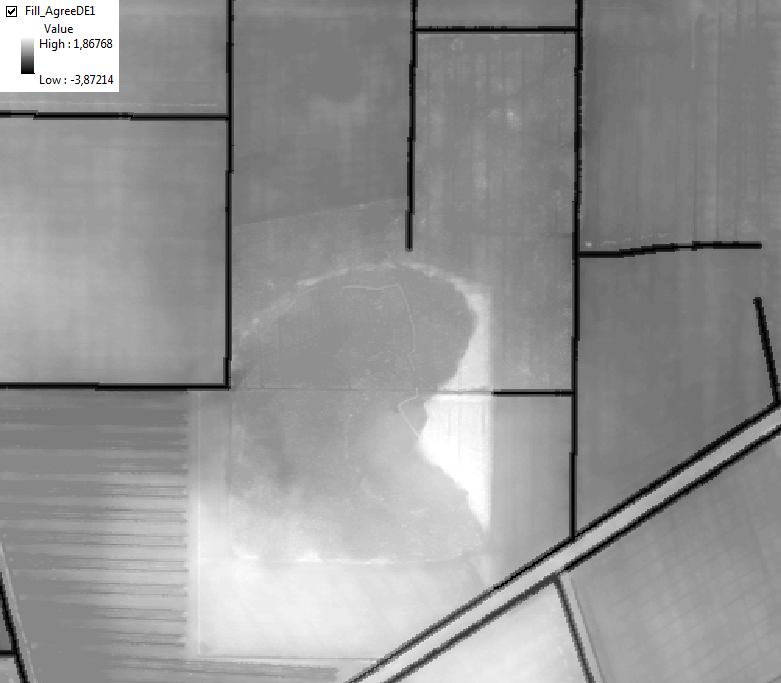 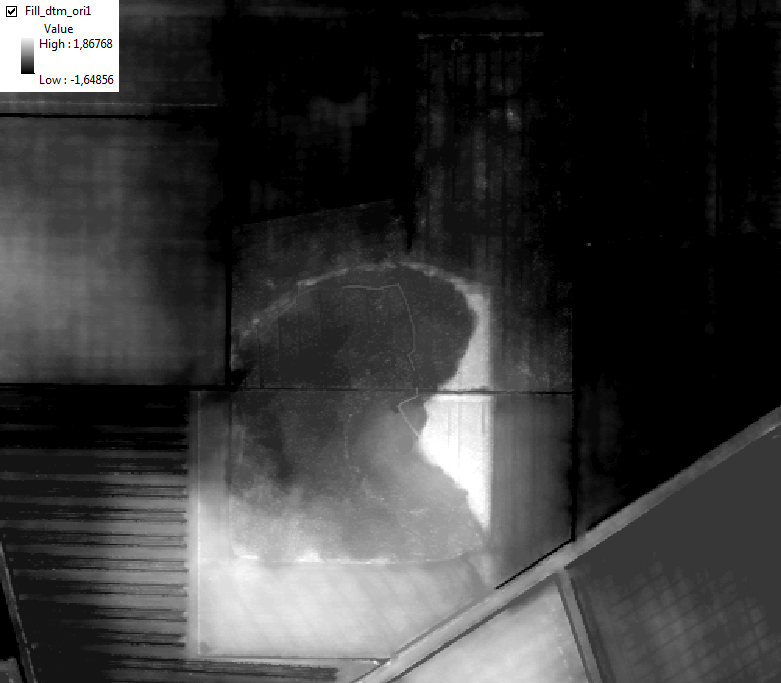 This are the values of one of the points where one could see the difference: 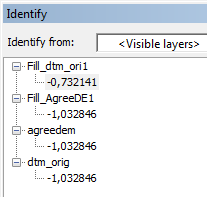 Why is there such a big difference between the both filled DEMs?

As suggested by Martin I ran the Sink Evaluation (on the dtm_orig DEM) today. To be honest I don't know how to interpret the results.

This is the "SinkPoly" Layer: 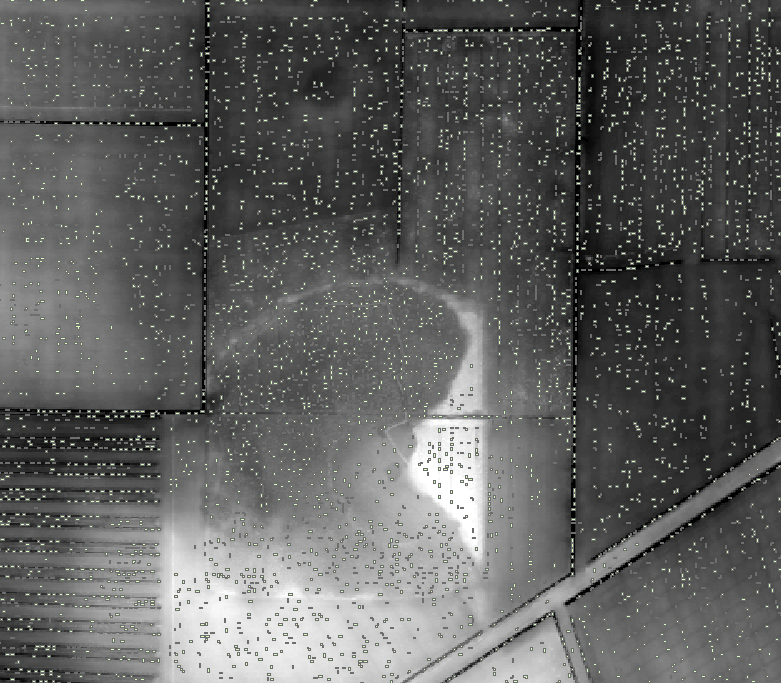 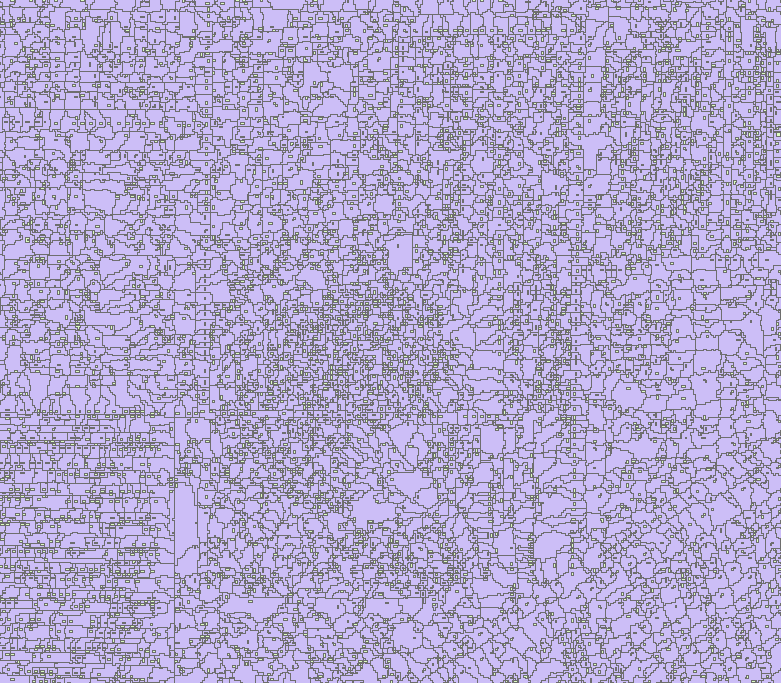 4
Could bridges prevent ArcMap from creating correct watersheds?
3
How to plan preservation of wetland using a DEM and ArcMap?

3
How to calculate for every basin/sub-basin, drainage area at every elevation contour along stream?
8
Watershed delineation taking into account lake/reservoir
7
Hydrology toolbox versus Arc Hydro toolbox?
4
Watershed Tool Straight Edge Problem
4
Could bridges prevent ArcMap from creating correct watersheds?
3
How to plan preservation of wetland using a DEM and ArcMap?
1
DEM reconditioning?