I'm trying to dissolve a polyline feature class so that spatially intersecting features become a single feature. When I run the Dissolve tool, setting Create multipart features and Unsplit lines both to false, I get unexpected results. In the example below, two line features I'd hoped to dissolve into one became three line features: 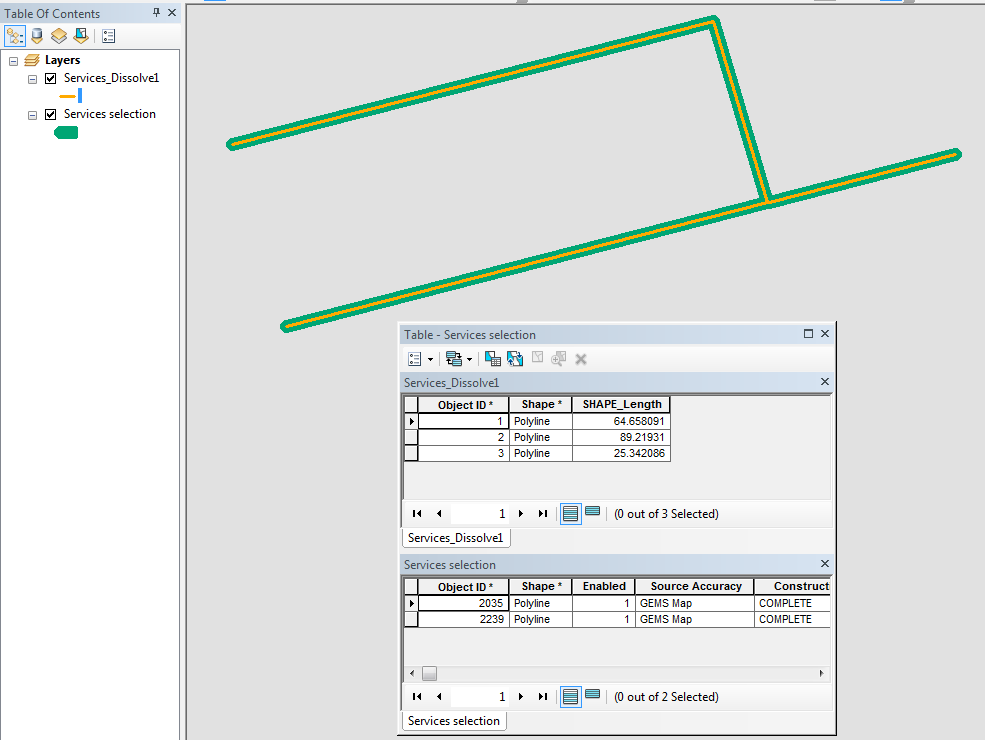 Is there a way to dissolve a line feature class so that any touching features dissolve into one?

All three or four way intersections or non-intersecting crossing lines that dissolve are by definition going to form multi-part lines, since single part lines by definition can only have two end vertices and only two segments maximum can meet at any connecting vertex.

The way to do this is as follows:

Not the answer you're looking for? Browse other questions tagged arcgis-desktop arcgis-10.1 dissolve or ask your own question.