Use a PNG image as a correctly georeferenced background in order to trace lines from it?

I have a PNG image which looks like this and has some lines which I need to trace (the green and red lines): 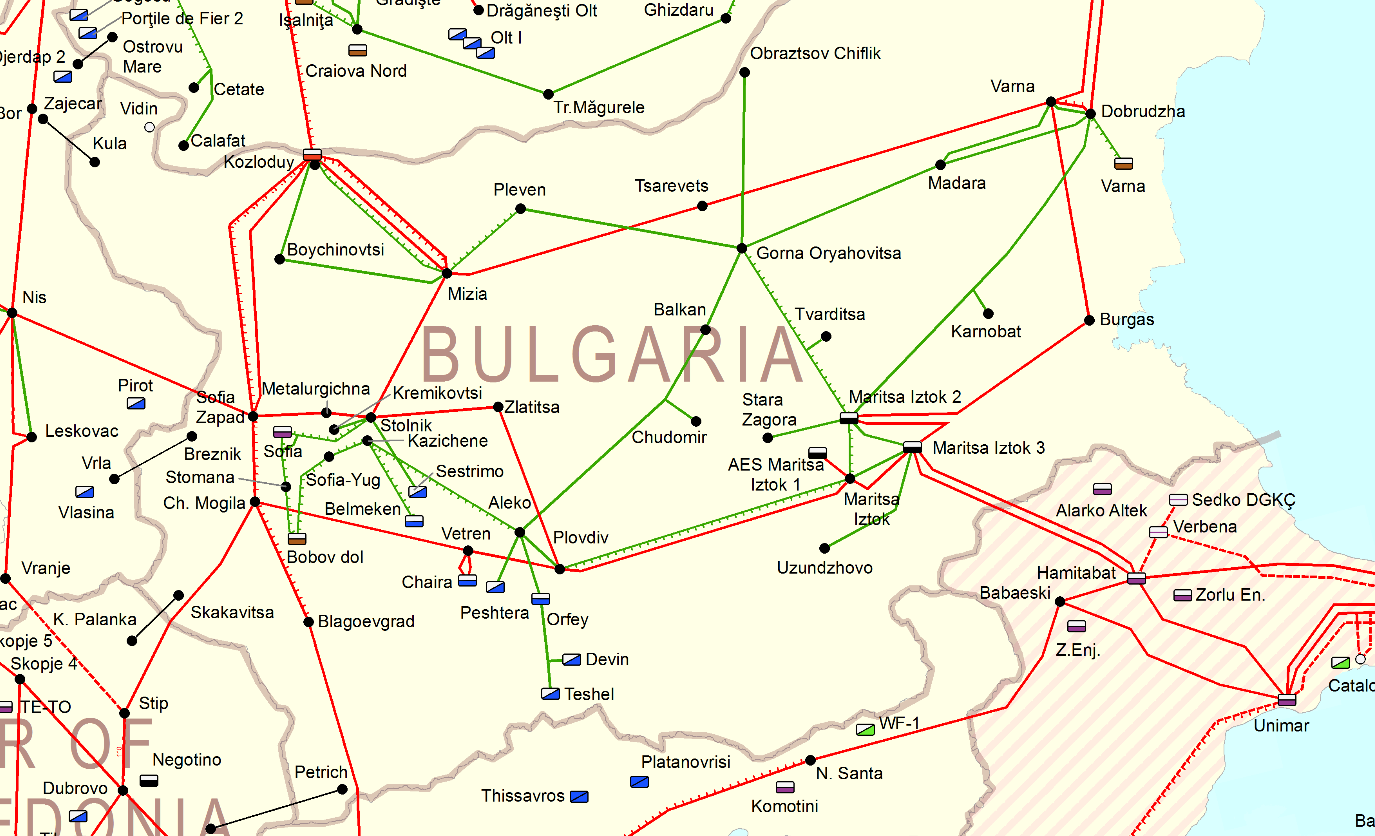 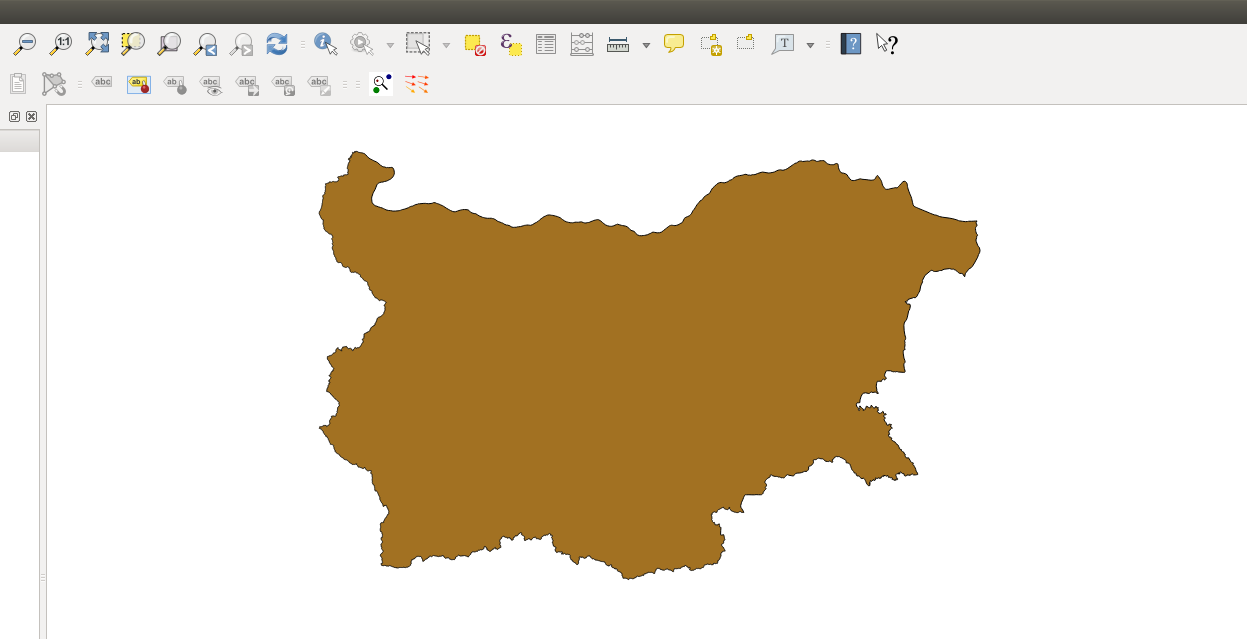 How do I solve the problem?

The idea is to be able to extract the information regarding the location and length of the lines from the PNG file in a new EPSG:32632 shapefile.

The result I get, when georeferencing 4 points (geographical extremities of the country. i.e. most northern point, most southern point, etc.): 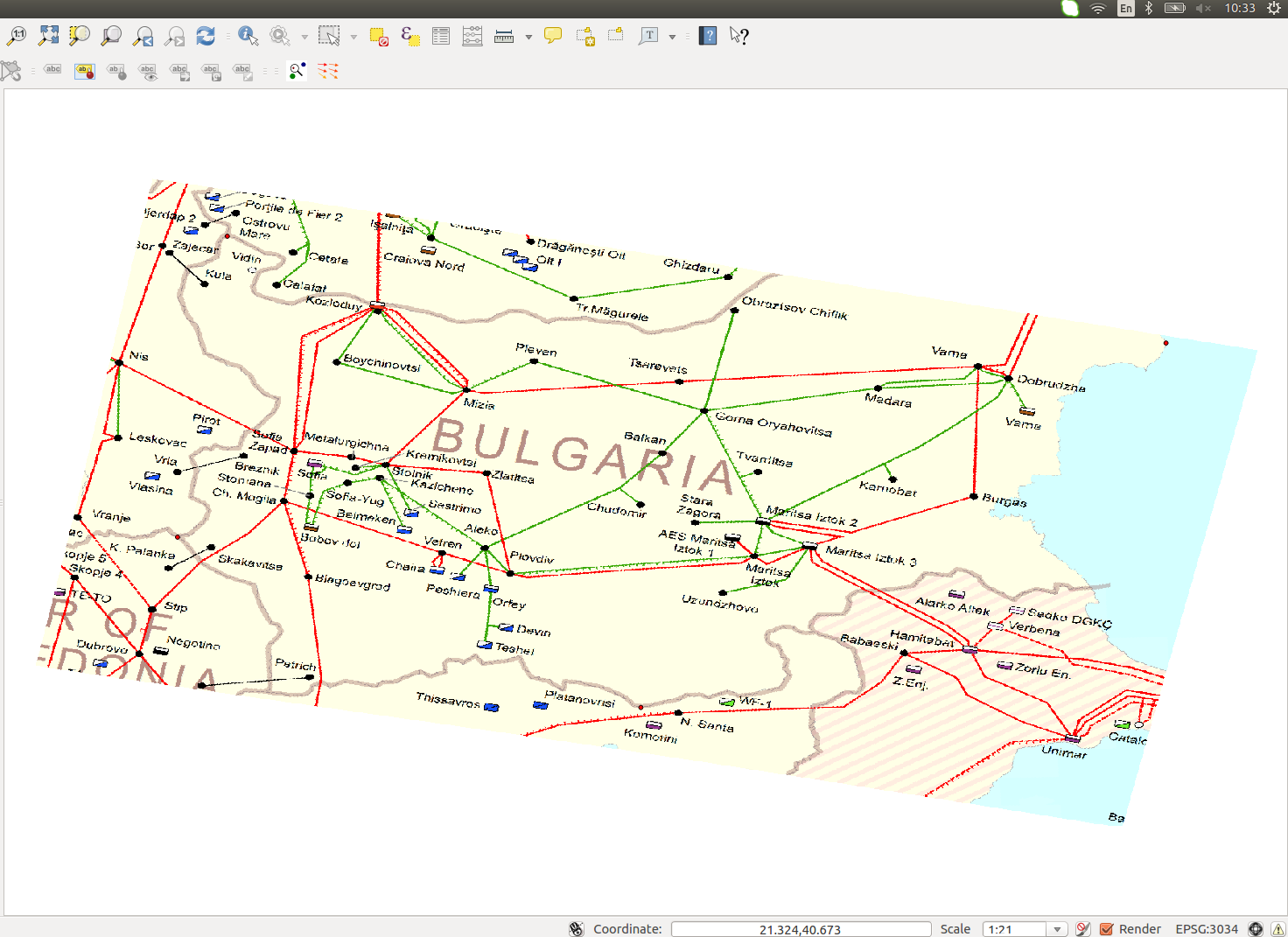 Since you have the border shapefile in QGIS, you can use the From map canvas option of the georeferencer to pick border points in your image and the shapefile. You should set the project CRS and target CRS to the same as the shapefile.

Your attempt failed because you entered lon/lat degrees, not meters as required for EPSG:32632. I suspect that you have used Set Layer CRS for the shapefile wrongly. Try a dataset from GADM or Natural Earth which comes in EPSG:4326.

You should set the project and target CRS to EPSG:3034, and georeference to that using all points where three countries join in one point with the from map canvas icon: 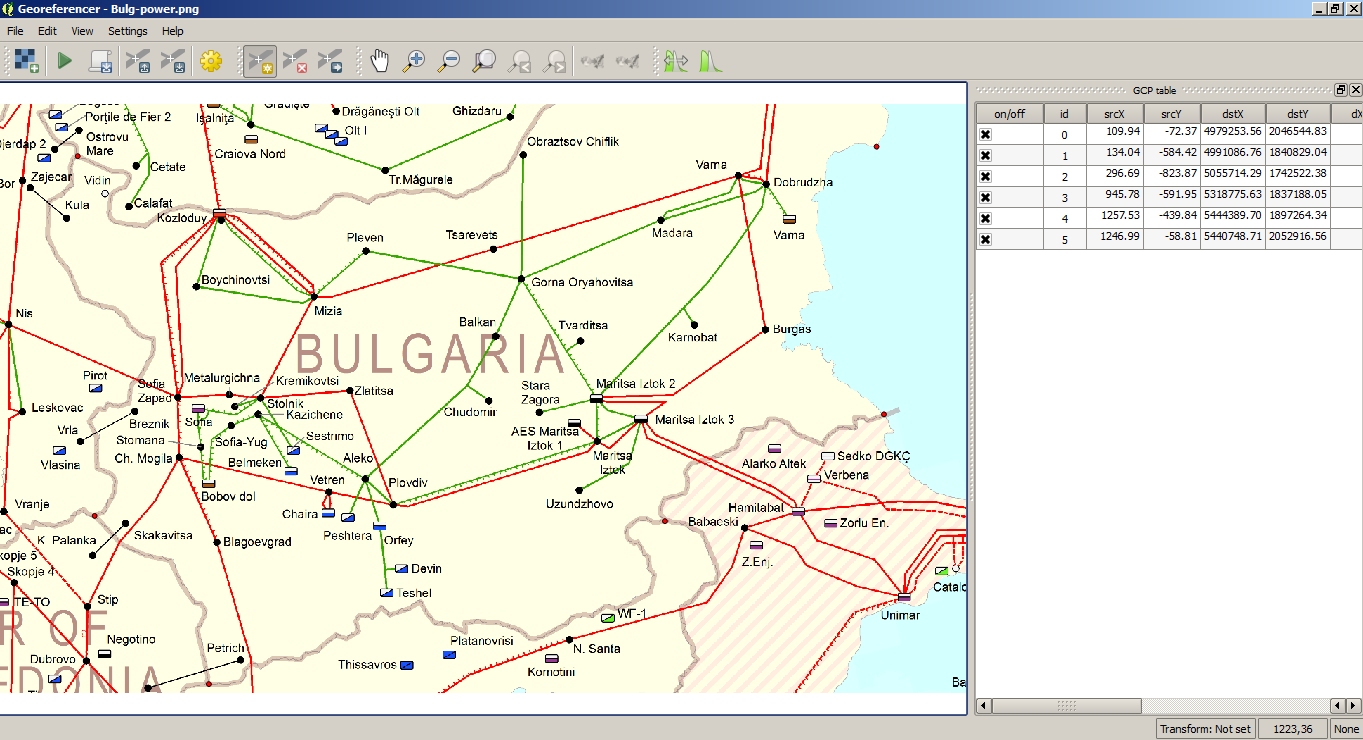 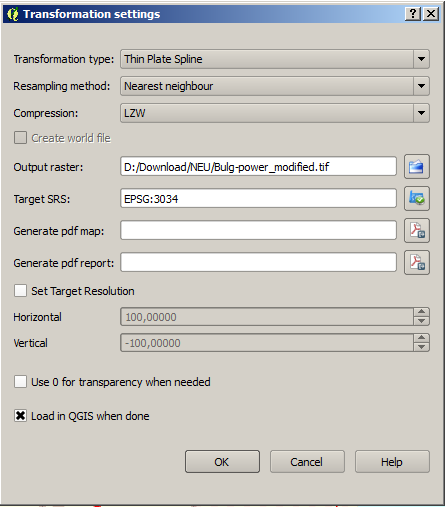 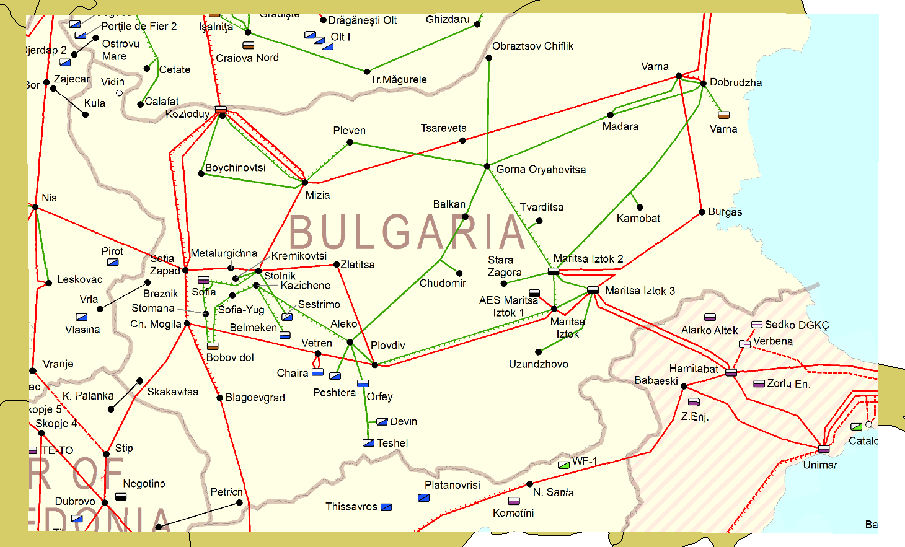 Using 255 as additional transparent value, changing project CRS to EPSG:3857 and adding an Openstreetmap background, you see the lines on it: 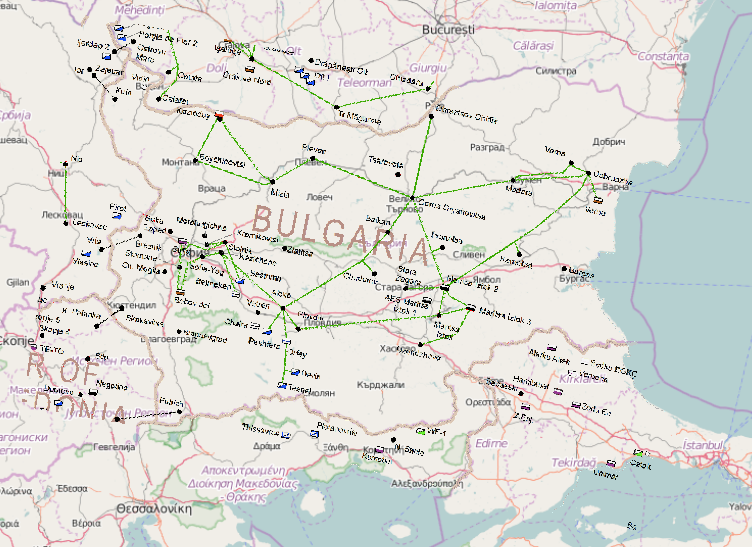 Not the answer you're looking for? Browse other questions tagged qgis coordinate-system qgis-plugins georeferencing or ask your own question.

3
What are the set of projections that can be accurately georeferenced using polynomial 2?
5
Georeferencing an image with GDAL, based on QGIS Georeferencer Plugin
4
Put png map image as a background to draw upon
3
QGIS Georeferencing not distorting
2
Producing offset after georeferencing Soviet topographical military maps from printed control point coordinates in QGIS
1
Which coordinate system/ projection would you use to measure lines globally distributed?
2
Georeference image using center point and size?