I'm working on a project that would like to use spatialite as a go-between for field edits using QGIS/IntramapsRoam and then loading the data to a file geodatabase.

I'm running in to a compatibility issue with arcpy and spatialite that renders my workflow impossible and am wondering if this has been encountered before and if there are any known solutions/workarounds.

After creating the database, I can access it with arcpy.

I then add a point in QGIS and save edits. 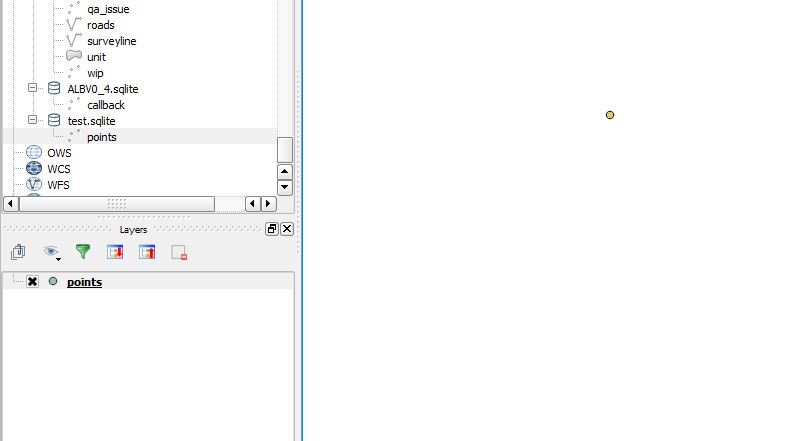 I can no longer access the layer with arcpy.

Oddly enough, I can still access the table from ArcMap, but arcpy is the functionality that I really need.

Given the lack of informative error messages and documentation for arcpy with spatialite, does anyone know what might be causing this? Any suggestions for solutions or workarounds?

Update: Here is a screen showing the layer drawing in ArcMap and returning False in arcpy. This seems like errant behavior. 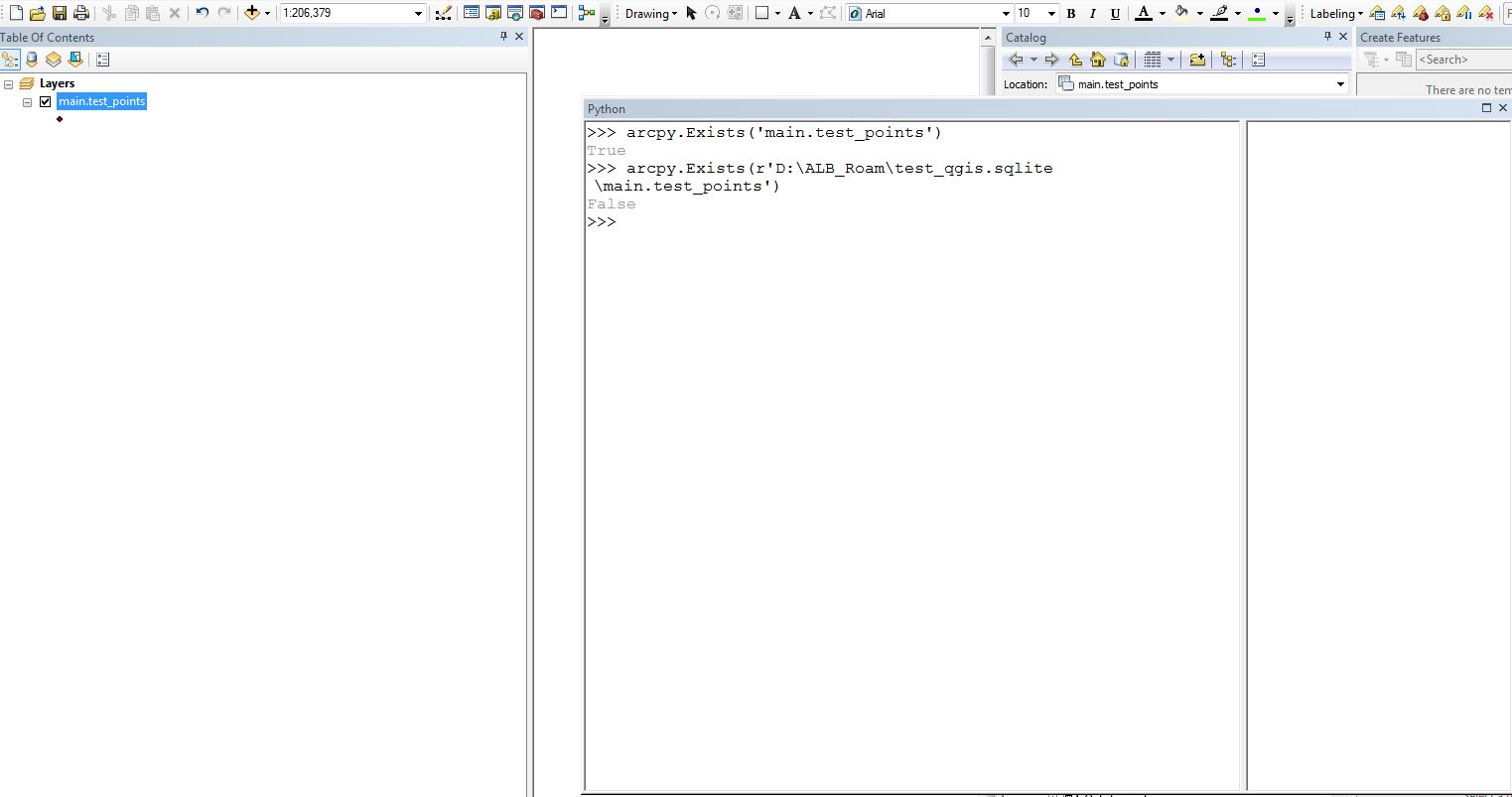 Browse other questions tagged qgis arcpy arcgis-10.2 spatialite or ask your own question.