Clip a GeoTIFF with a shapefile

I have a geotiff file that I made in Python. After I created it, I realized it was for all of North America, and I only need the United States. I then got what I assumed was a shapefile of the US border, and tried to clip with

When I do this, it creates an output file, but the whole file is filled with zeros. I have tried a few other methods, but they all end up being filled with zeros. I think it could have to do with the spatial reference or the extent of either the shp or tif. Anyone have any ideas? Files included below.

Here is the geotiff file.

Here is the shapefile.

I have also tried a different shapefile, but that hasn't worked either.

You cannot just link to a .shp file, you need to have all the components of the shapefile ,in a zip file preferably (.shp, .dbf, .shx, and in this case .prj) for us to help. From your download you have only have the .shp but this is okay as I recognize the name of your shapefile from the census (from the download file).

This is why you get nothing, nothing is under the USA polygon. 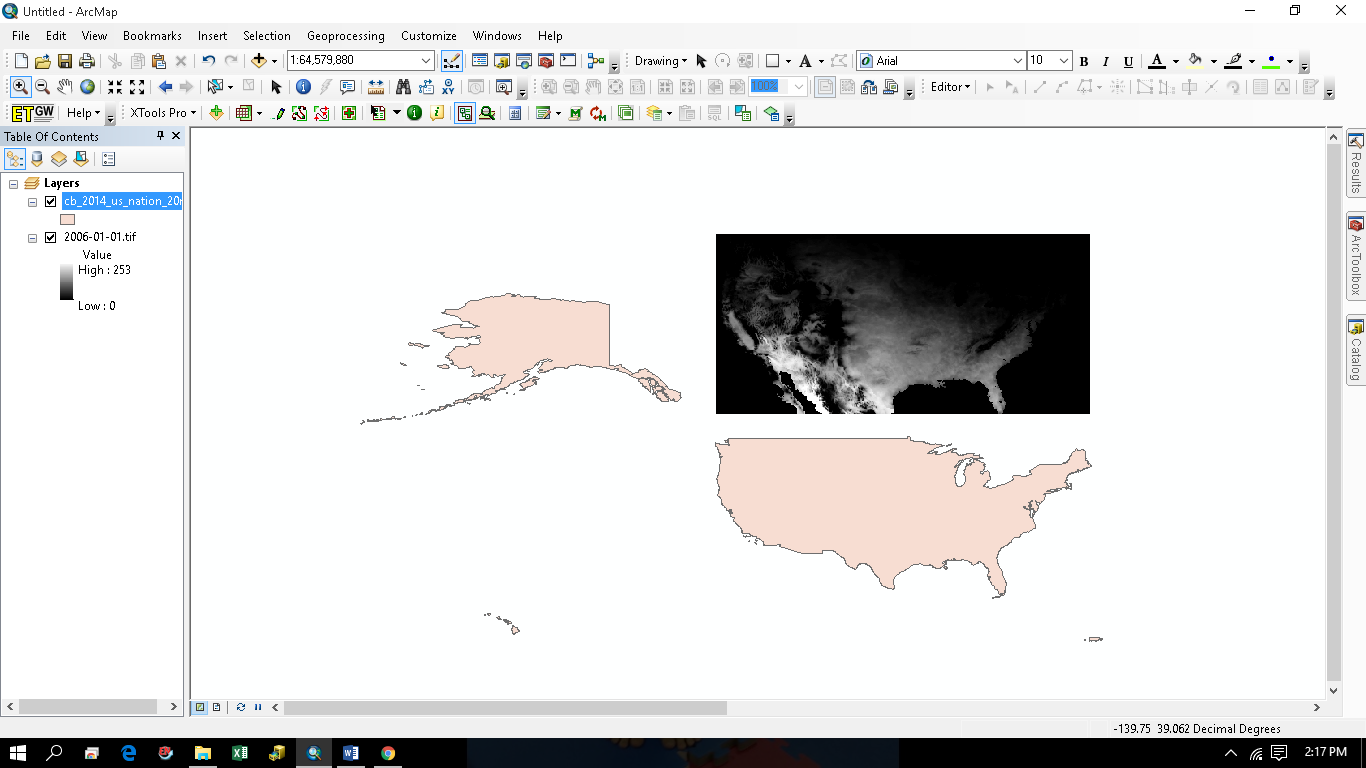 They do not align.

The envelope information is incorrect. Time to go back to your tiff creation process in Python with a view to registration.

Not the answer you're looking for? Browse other questions tagged python shapefile geotiff-tiff clip or ask your own question.