I am looking for any possible solutions to a problem I am encountering with ArcGIS.

I am using census block groups (CBG) to assign streets an income level value based on their location within the CBGs. I have tried using the intersect method which alleviates the problem but creates another in that it now splits the streets at the boundary of census block groups rather than at intersections as needed (need to keep them whole).

If I use spatial join, it keeps the street lines in their original form but in many instances (data with over 40,000 streets) they are being assigned the wrong attributes.

Is there any method for running a spatial join (or other tool) that will assign attributes of a single polygon category (ex. Low income) to lines (streets) based on having the majority of their length in a single polygon when it is contained in two or more different polygons with varying attributes?

TLDR: (using image example): spatial join is assigning yellow polygon attributes to street though only a small portion of the line is within it. I am looking for a way to have attributes of any polygons joined to any lines which have their greatest majority within them (ex. green would be assigned to street not yellow) I could do this manually, however I need to ensure this will be done accurately for all 40,000 streets. 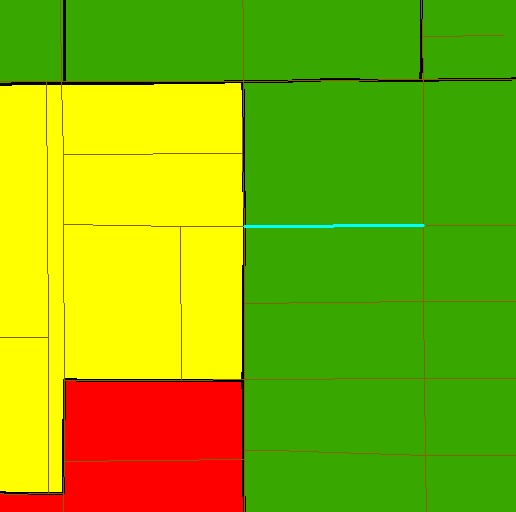 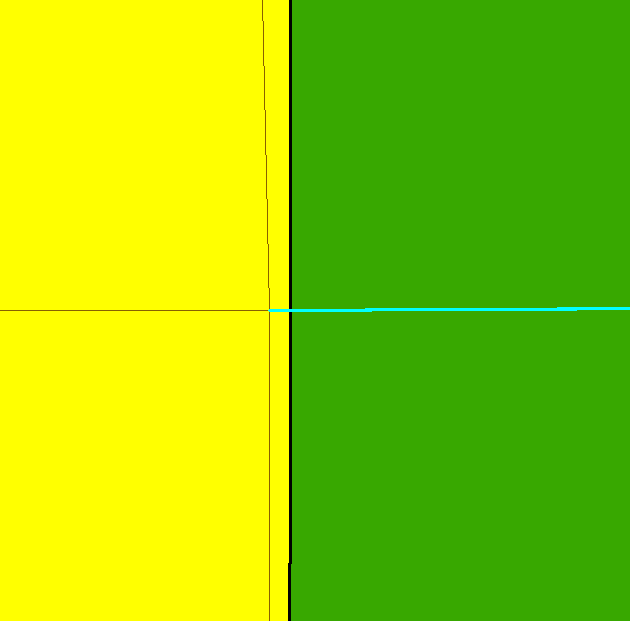 Method 1 will be more accurate, method 2 will be faster.

See the Spatial Join Largest Overlap tool which can be downloaded here: https://www.arcgis.com/home/item.html?id=e9cccd343bf84916bda1910c31e5eab2

"This tool presents a new spatial relationship, Largest Overlap, where a target feature is joined to the join feature with the largest area or length of overlap."

Not the answer you're looking for? Browse other questions tagged arcgis-desktop polygon intersection line spatial-join or ask your own question.