I'm trying to pass a couple of strings from python as parameters in the extract by mask tool in modelbuilder. Unfortunately it doesn't recognize them. When I type them in the parameters it thinks I'm trying to add files called %shp% and %tif% from and to my default gdb. This is my first ever attempt at passing values from python to modelbuilder so I have no idea how to go about trying to fix it. This is also my first question on StackExchange so hopefully everything is clear. Here's the code: 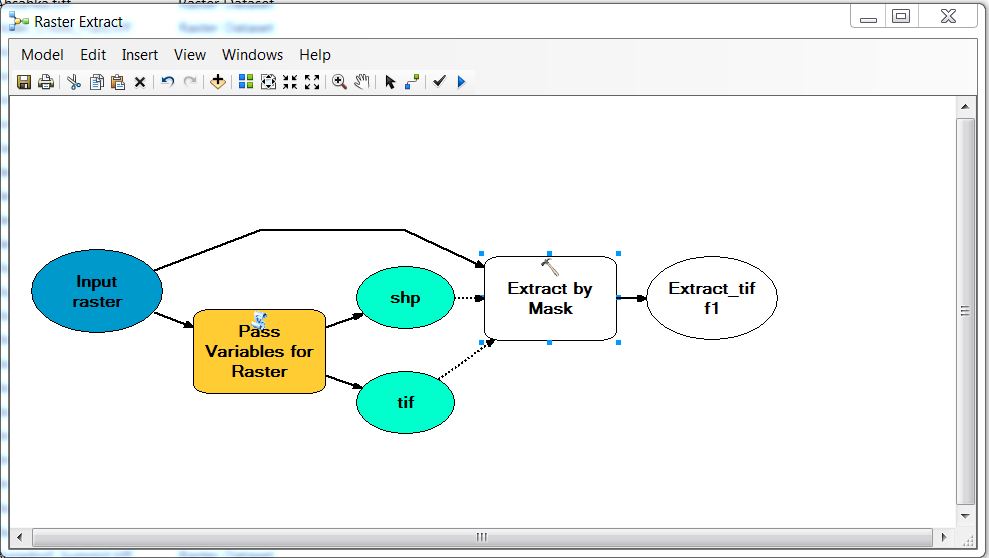 You don't need a script to do get your input's basename and reuse it in parameters' names. Add the 'Parse Path' tool to your model and connect it to your input raster. Chose 'NAME' for the 'Parse Type' parameter: 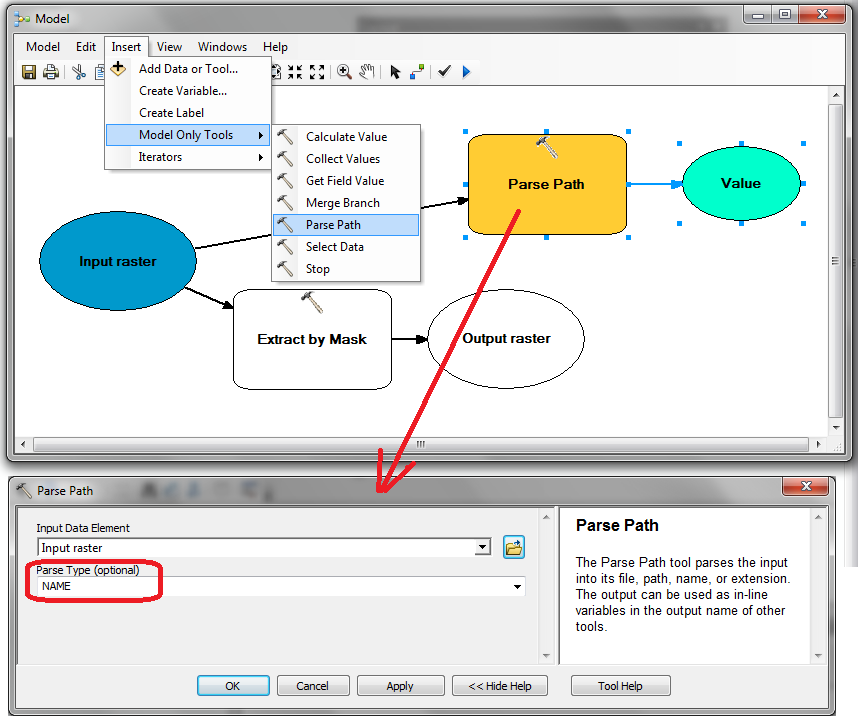 Then, in the parameters of the Extract by Mask tool, reuse this name variable (here called by its default name, 'Value') in the path of the mask and output parameters. Surround it with '%' characters:

This is called inline variable substitution, see more details about it here.

Not the answer you're looking for? Browse other questions tagged arcgis-desktop arcpy modelbuilder parameters or ask your own question.