I am using ArcMap 10.2.2 (Advanced license, no toolbar add ons/no spatial analyst) on a Windows 7 computer (i7 processor, 8GB RAM). I have used ArcMap for other basic analyses and have only very basic coding skills.

Normally I'd follow the "spaghetti and meatballs" protocol for counting overlapping polygons, which requires using the feature-to-polygon tool or running a union as the first step to chop up the polygons into all their pieces.

However, neither feature-to-polygon or union are working, presumably because of the identical polygons--I get "Invalid Topology [Duplicate Segment]" (I repaired the geometry, just in case, too).

This is because I'm trying to map the number of pathogens found in any one place (assigning pathogens geographic ranges based on the species that carry them) and if one species carries multiple pathogens, I want that reflected on the map.

Because of this, I don't want to just identify duplicates or delete duplicates using the Find Identical or Find Duplicate tools, which are the options I found when searching this forum.

Besides manually going in and trying to slightly edit the geometry of all the identical polygons, does anyone know a way to count overlapping polygons, when some of those polygons have identical geometry?

I could try to assign those polygons a value of 2 (or more) based on how many duplicates they have, but I'm not sure how to keep that value associated with the polygons when running the feature-to-polygon tool.

To better describe what I'm trying to do, here's a small subset of my data:

^Rickettsia (small green dots, hard to see without clicking to view the image larger) and Metagonimiasis (blue blobs/"glacier") have exactly the same ranges, whereas Lyme (light yellow) and Toxoplasmosis (angled lines) overlap these polygons but have different geometry.

Since I'm trying to determine disease hot spots, it's important to double count the duplicate geometry polygons, since they represent different pathogens.

Here's the data I'm currently working with, if it would be of use to anyone. It's in a file geodatabase, if that's important. It's the first of several that I'm trying to do.

Edit: I slightly changed the geometry of a couple polygons (edited a single vertex on each) in a subset of the data which made each polygon's geometry unique and I still got the same error when running Feature to Polygon ("Invalid Topology [Duplicate Segment]"), possibly because I didn't edit every segment of the polygon? But if I have to edit each duplicate polygon that much, then the resulting map would be inaccurate (and editing each segment would take a long time!).

Edit2: Tried doing a spatial join of the data to itself, following FelixIP's suggestion/answer and GIS encounters a background processing error, each of the ~10 times I've tried it. Additionally, exporting the files out of the file geodatabase and trying again does not seem to fix this. 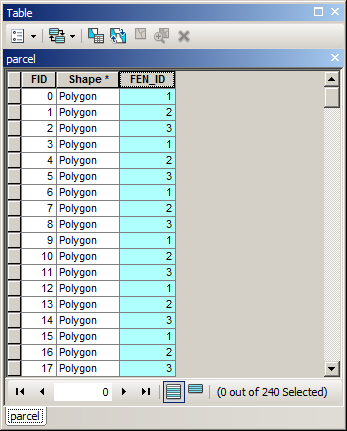 and labelled them by this number: 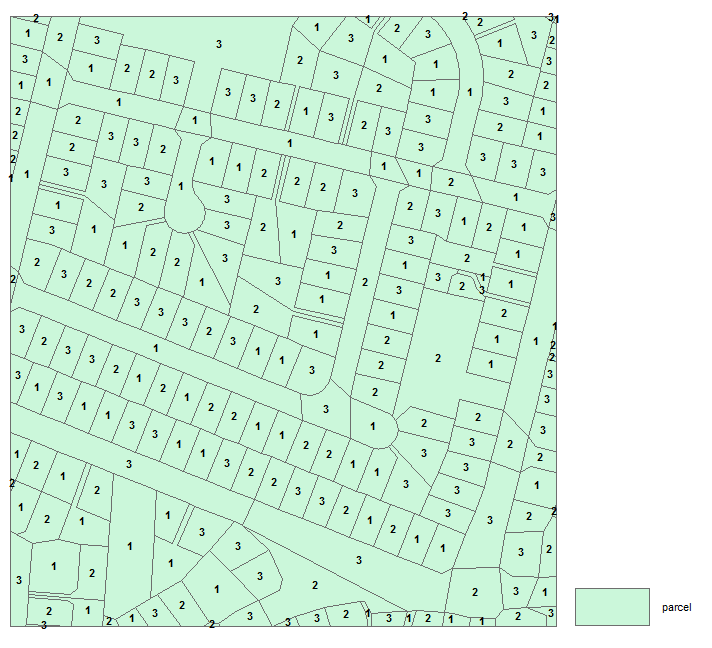 I created the copy of original and appended it accordingly by selection from original to create identical polygons. Add spatial join: 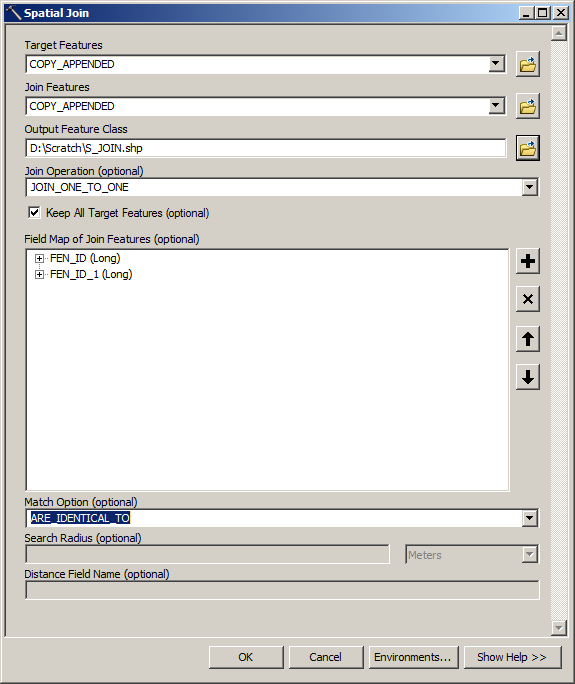 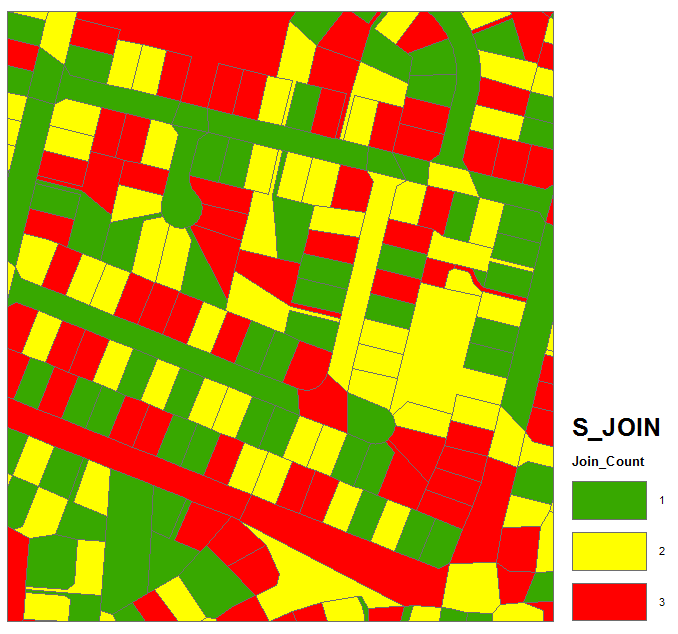 I hope this is what you are after.

NOTE: this does not dissolve identical polygons, it only calculates their count. Search this forum on how to dissolve them and keep count. One of the possibilities is calculating value str(centre.X)+str(centre.Y) and dissolving using this field.

Not the answer you're looking for? Browse other questions tagged arcgis-desktop arcgis-10.2 overlapping-features union duplication or ask your own question.