Attached is a screenshot of the two features (each in a different layer) in question. The goal is to copy the shape of the parcel outlined in green roughly beneath the blue water district feature laying on top of it. The boundaries should be matching, but as you can see the blue water district layer is going over the road, doesn't include some houses in its southeast portion it should, includes some houses in its lower power it shouldn't, etc. 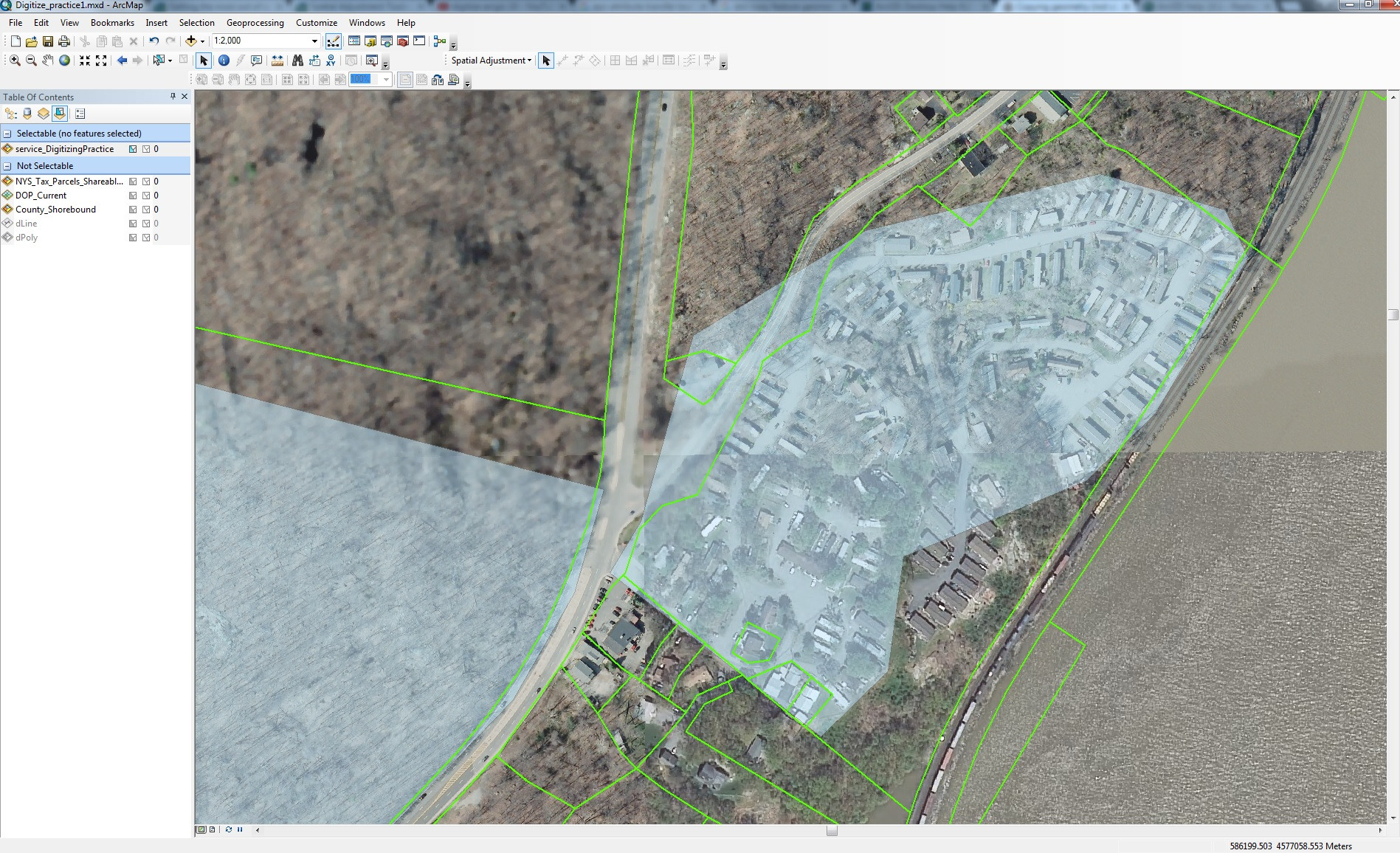 You can use the Spatial Adjustment tools to transfer either/or attributes and geometry. If you are just wanting to transfer the geometry just tick the box and do not include any attribute fields.

11
Copying attributes from one polygon layer to another?
3
Add Geometry attributes error
1
Creating symbology for polygon layer which has opaque outlines but transparent colored fills using ArcGIS for Desktop?
4
How to align edges of overlapping polygons in the middle line?
2
Copying attachments to new feature class
0
ArcMap not allowing attributes of layer to be edited?
1
Calculating length of polygon in ArcGIS Desktop?
5
Generate parcel-adjacency polygons?