I have composed an ArcPy script which is run via a windows scheduler.The same script is loaded into a script tool so a user can run the process manually. I've used: get parameters as text, with or's and not's, to hard-wire the standard variables, if they are not speicifed.

The process runs and during so writes to a text file log, for example:

I'd like to record what method was used to execute the script; was it via the windows scheduler, or by the script tool, or by a python client like PyScripter.

Is anyone aware of some form of os environment thingy that can be called by ArcPy? 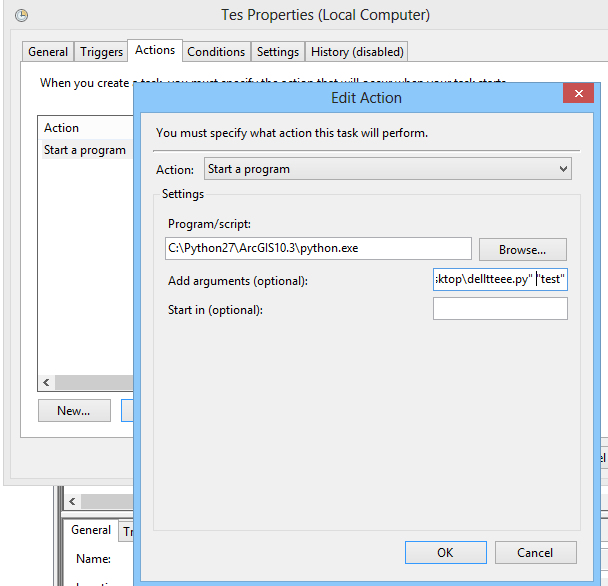 Along a different line of thinking:

Not the answer you're looking for? Browse other questions tagged python or ask your own question.

4
ArcGIS Geoprocessing Services - Don't work if 'Run python script in process' not checked
2
arcpy.AddMessage and codepage problems
0
Where clause problems when all parts are user input variables
1
Is there a site with templates for Arcpy where I can just fill in the blanks?
4
How to select all features with maximum classification value using a processing algorithm?
3
Creating executables from Python using OSGeo4W shell
2
Connecting Python script external to Grass GIS 7 program in Windows 10?
1
Geoprocessing web service not writing out all files for .shp
0
ArcGIS - Run a toolbox model in a Python script for scheduling