I am trying to implement a Python Script tool where I need a table to input shapefiles and corresponding names for new created fields.

I found out that there is the Value Table provided by ArcGIS, but using the "Geostatistical Value Table" as data type in the properties of the script, it does not appear correctly in the user interface, see attachment where I just made a small test.

The tool is a python script tool (*.tbx) and the geostatistical analyst extension is enabled. My code so far includes only the Import Statements and Statements to read out the Parameter.

Then I passed on the the script to a custom toolbox and added the Parameter where I chose Geostatistical Value Table as data type.

After finishing the wizard, I can open the tool, but as you can see from the figure, it seems that there is too few space below test to enter a shapefile.

It should look somehow like in this example, right: Creating a ValueTable with a column that has dependency 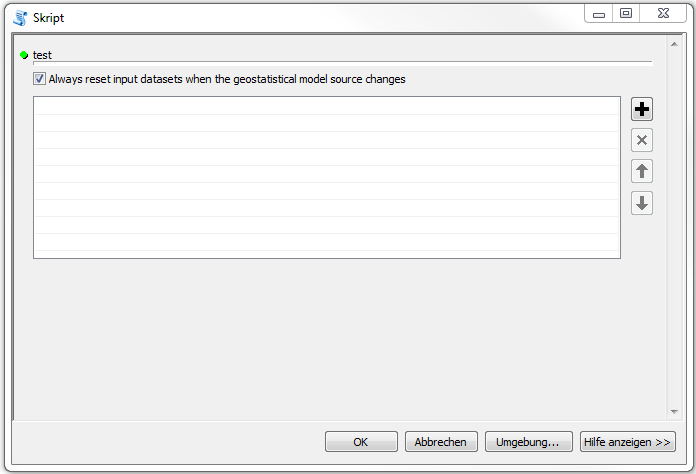 I think you may be hitting a limitation of Python Script Tools in standard toolboxes (*.tbx) in that they do not support Value Tables.

If you need Value Tables then you will need to use a Python Toolbox (*.pyt).

Not the answer you're looking for? Browse other questions tagged arcpy parameters python-script-tool value-table or ask your own question.

27
Why learn/use Python Toolboxes over Python Script Tools?
3
Creating a ValueTable with a column that has dependency