How to extract a buffer layer from a vast amount of individual buffers around polygons using ArcMap?

I have a vector layer containing nearly 8000 singlepart polygons. It looks like this: 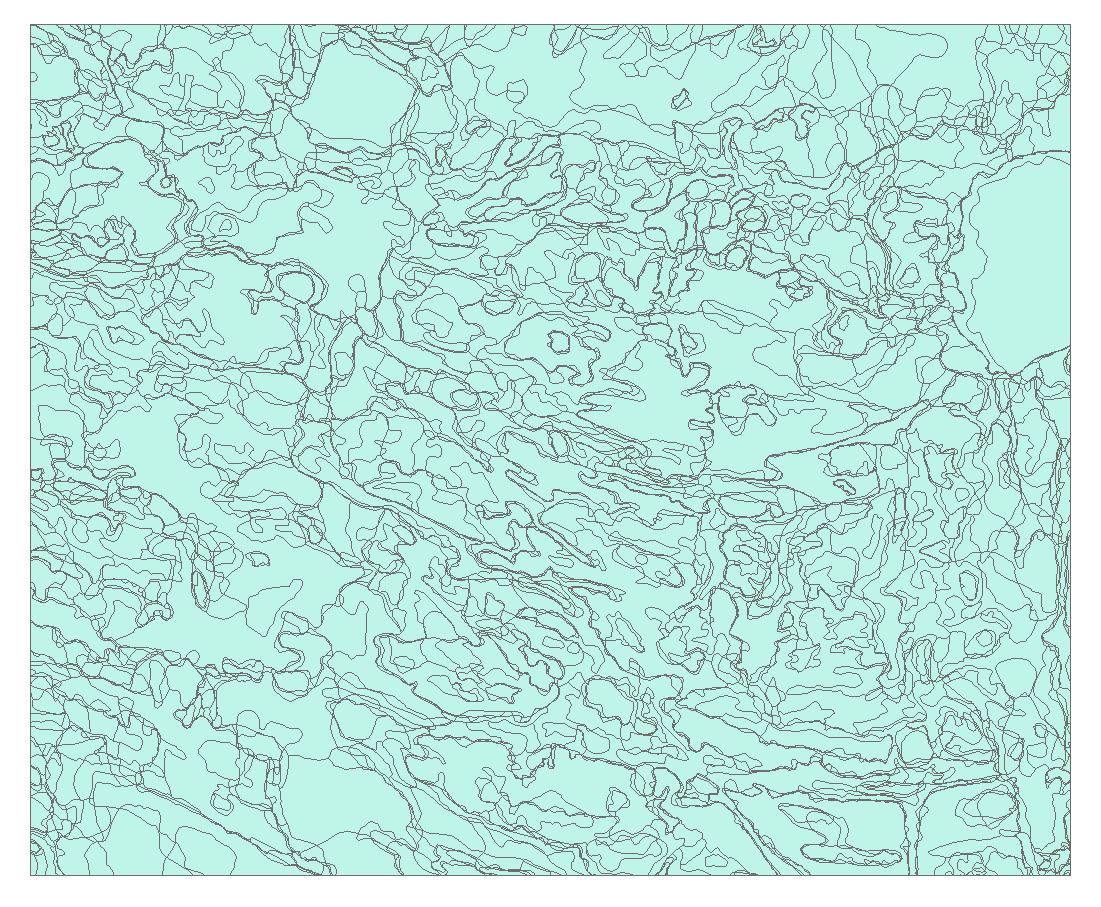 I want statistics on the area that is further than 2,5m away from any border. I thought I could do this by creating a buffer of 2,5m around all polygons, then extracting the buffer area from the original dataset. I manage to create the buffer, but it is not a separate layer, and the polygons that are created are all multi-part with double lines.

When I select a polygon, I see the lines are overlapping, and I need the buffer lines to be separate polygons. I have tried using the multipart to singlepart tool, but it does not solve the problem. Neither does creating a union between the original layer and the buffer layer.

This is one example - here I have selected one polygon in the buffer layer(the original layer behind with grey lines, the buffer layer with see through background ad red lines, selected polygon marked with blue lines):: 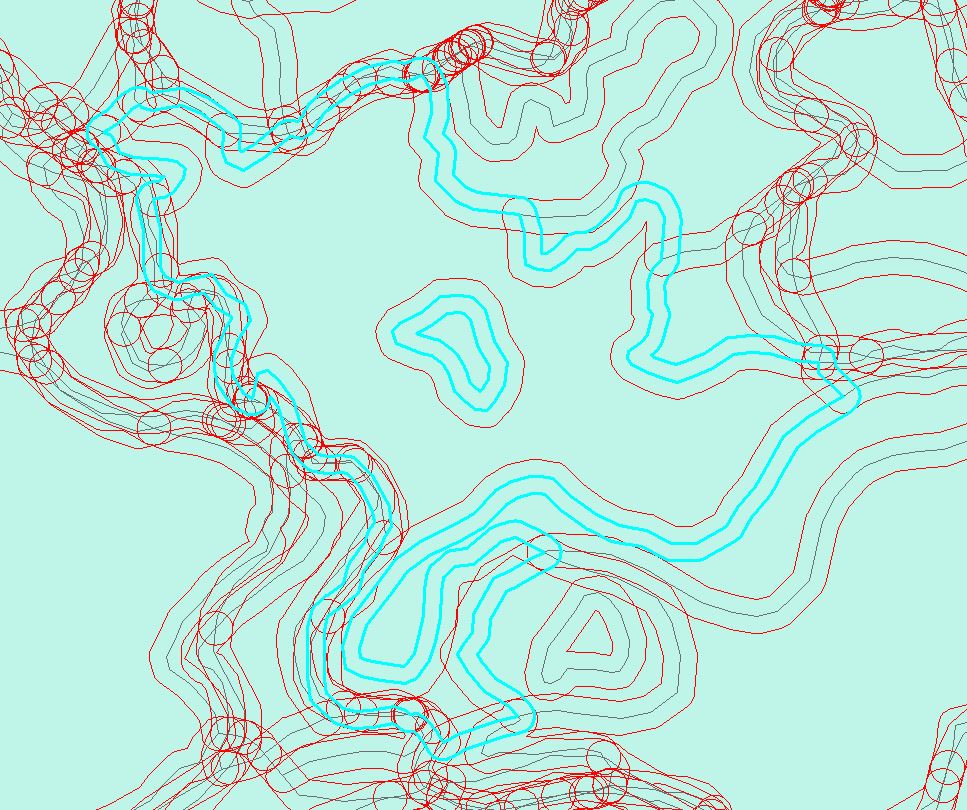 I think you're on the right track. What I find a bit peculiar is that you don't get a separte layer from your buffer function. Have you entered an output feature class in the tool?

Idea 1: Try the approach by @FelixIP. Negative Buffers might be what you're after.

Idea 2: Another option might be to try to dissolve the buffered polygons (see image below). This should get rid of all the overlapping parts, however, you might loose some detail. 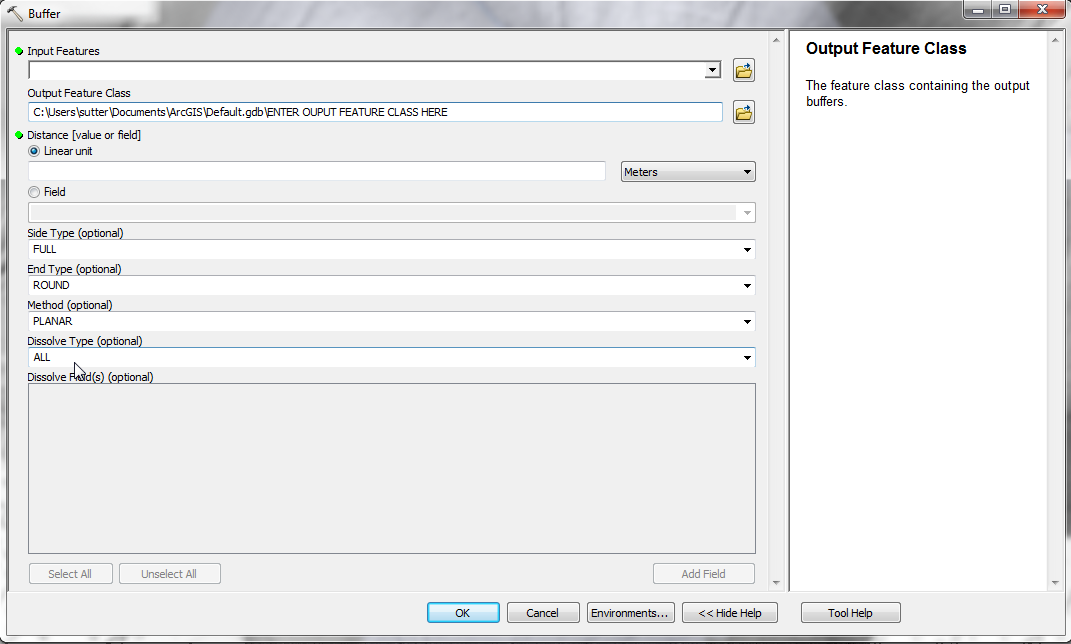 You should receive a separate layer using the buffer tool like this. After that I suggest you try the method proposed by @Hasan Mustafa - select by location.

Not the answer you're looking for? Browse other questions tagged arcmap polygon buffer or ask your own question.

3
How to clip polygons with a fishnet layer?
3
Separate a polygon in different polygons depending of the distance to another polygon
1
Extracting information from buffer in ArcMap?
2
Creating buffer around particular raster cells using ArcGIS for Desktop?
0
How does ArcMap buffer linear features?
1
Can I extract circular buffers from polygon layers?
3
Removing Intersection of Buffers in Same Layers
1
Areas of polygon within different buffer overlaps using ArcMap