I am using ArcGIS 10.2.2. I've got a shapefile with points representing spot elevations in my study area. This file has been provided by a third party institution.

The coordinate system is missing spatial reference, as ArcGIS informs me as soon as I feed the file into ArcMap. I tried to use the Define Projection tool, but nothing happens, i.e. when I add other feature classes created by me (and that matches one another) the shapefile in question does not 'match' the rest of the layers.

As I tried to explore the extents under source tab in properties, the coordinates are shown as:

When I contacted the source party, they informed me that actual coordinate system of the file generated is UTM Zone 43 N but as file was originally generated in CAD and then exported to GIS, its .prj file is missing.

I would like to know if there is any way to fix this problem?

As I received that data, file with extension .prj is missing in the folder.

This does not seem to be UTM, but rather Kalianpur 1975 / India zone I, which is valid for Pakistan: 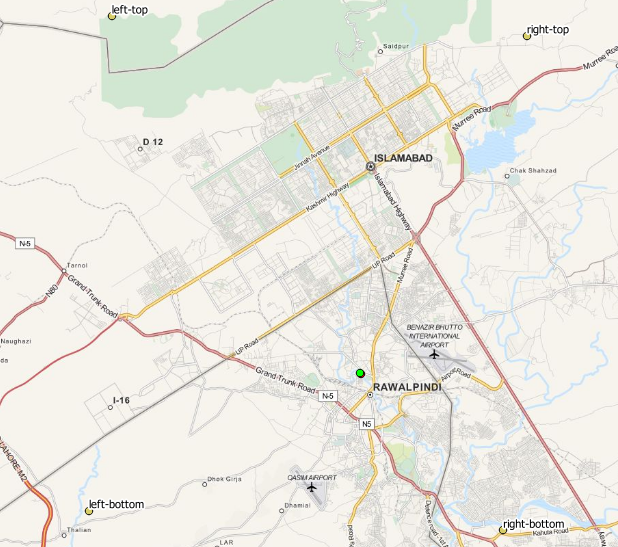 The green dot (UTM 43N coordinates) nearly covers the red dot (India I coordinates). You might try other Kalianpur datums as well to see if they fit better.

Not the answer you're looking for? Browse other questions tagged arcgis-desktop arcgis-10.2 shapefile coordinate-system or ask your own question.

0
Clipping Rasters from Mosaic Dataset in Original Coordinate System?
2
Why is this .prj file causing the shapefile to render in meters instead degrees?
2
Shifting .dwg file to align with a shapefile
0
Getting ArcGIS Desktop to project shapefile?
2
Using Spatial Adjustment to georeference shapefile?
4
How to read geographic coordinates when the Shapefile has a projected spatial reference
2
Exporting geographic coordinates after Project in ArcGIS Desktop?
1
Reading coordinates from shapefile using shapely