DEM out of a shaded relief LiDAR?

I have a DEM built from LiDAR data and the file extension is .tif. When I open this file in ArcMap it seems to be a shaded relief DEM (see the screenshot below).

It happens I want to visualize the DEM colored by elevation. How should I proceed? 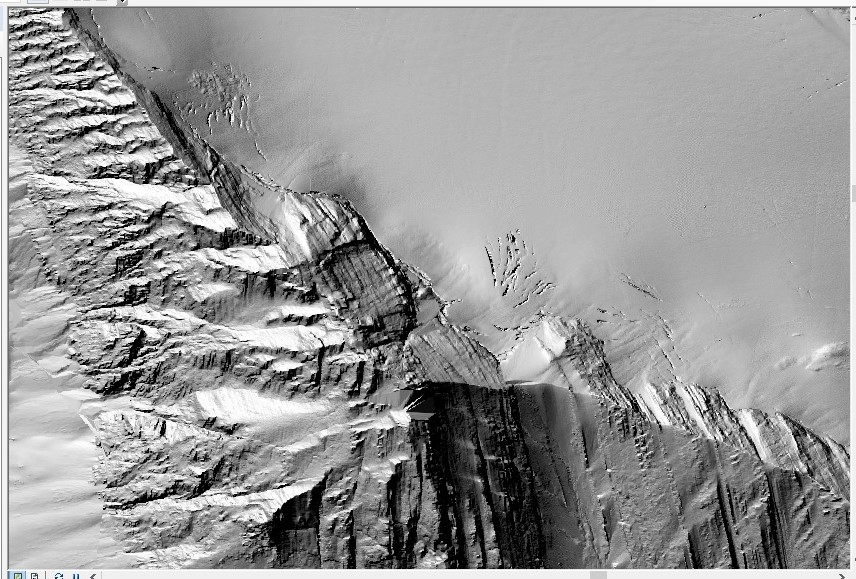 What you have is a hillshade surface built from a LiDAR point cloud. According to ESRI:

A hillshade is a grayscale 3D representation of the surface, with the sun's relative position taken into account for shading the image.

So each pixel of your .tif raster has an hypothetical illumination value given a reference position of the sun.

What you want is a DEM (a bare-earth surface) where each pixel in the raster represents an elevation value. As stated by Jeffrey Evans it is not possible to backwards converting hillshade values into elevation.

The best alternative would be to try acquiring the raw LiDAR data and built the DEM from scratch. For example, see:

Not the answer you're looking for? Browse other questions tagged arcgis-desktop dem lidar visualisation hillshade or ask your own question.

1
What is the elevation unit of the Natural Earth's Shaded Relief raster?
10
Determining bare earth DEM from unclassified LAS file?

2
How to use SRTM DEM files for shaded relief in ArcMap?
5
Creating DEM from geoTIFF or asciiGRID LiDAR data?
3
Unusual range of values in LiDAR DEM
2
Correcting merged LiDAR DEM with outliers in inner edges?
3
Extracting a DEM without low vegetation cover in a flooding area using LiDAR data