I have an existing attribute table that I'd like to add values to the fields within it while preserving the geometry, how can I do this?

I've tried to use fiona and shapely and ogr, but the tutorials seem to be insufficient to describe how to do such a seemingly simple task. In arcpy this could be done simply with an update cursor. I'm trying to use open source tools here but I'm having some difficulty with editing the attribute table. I'm not interested in creating a new shapefile.

(Edit) For example how can I implement the following code using open source tools?

This would change the values of the "Elevation" attribute of all features of shpfilepath to be 15.

(Edit 2) I'm trying to run this as an external script, not as part of QGIS. (Edit 3) I ended up doing it like this:

I tend to use the following standalone script which uses PyQGIS to update fields in a shapefile (remember to set your PATHS correctly, I followed @gcarrillo's answer and using Windows 7):

Fiona use dictionaries therefore with your example

Now, if you want to update the layer, and not the dictionary, Fiona does not like very much to modify an open shapefile (as ogr). It is preferable to make a copy

You can do that in QGIS without shapely or fiona. For example, next code it is equivalent to yours:

This would change the values of the attribute in row 1, of all features of active layer, to be 15. I tried out the code with the shapefile of next image and it worked; as it can be observed at the attributes table (row 1 is values field). 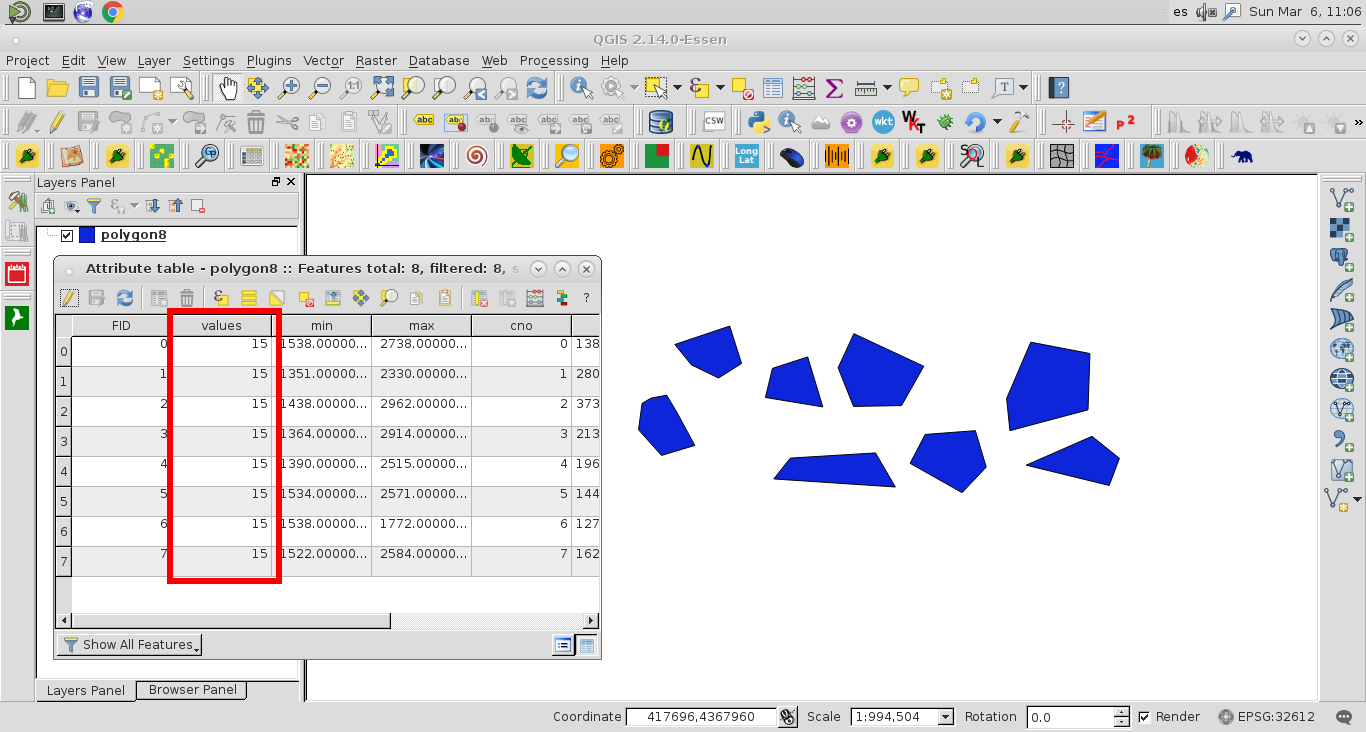 Not the answer you're looking for? Browse other questions tagged qgis ogr shapely fiona or ask your own question.

21
Importing qgis.core when writing standalone PyQGIS script
2
How do I merge layers using an external Python script to call the processing module?
1
How to update geopackage row values?