Converting shapefile CRS from WGS to UTM in QGIS

I want to calculate point distance but the result is null, and apparently it is because the point and the raster file have different CRS. The raster is UTM, and the point is WGS84

I follow the tutorial from here How to convert coordinates from meters to decimal degrees?

However, the point file is the text file I input by myself using a decimal degree for the coordinate. I opened it as delimited text layer, it open perfectly. Then I save as the text layer into ESRI shapefile. At this point the coordinate system is in WGS 84.

Then I tried to save as the shapefile into another file with a different UTM CRS, 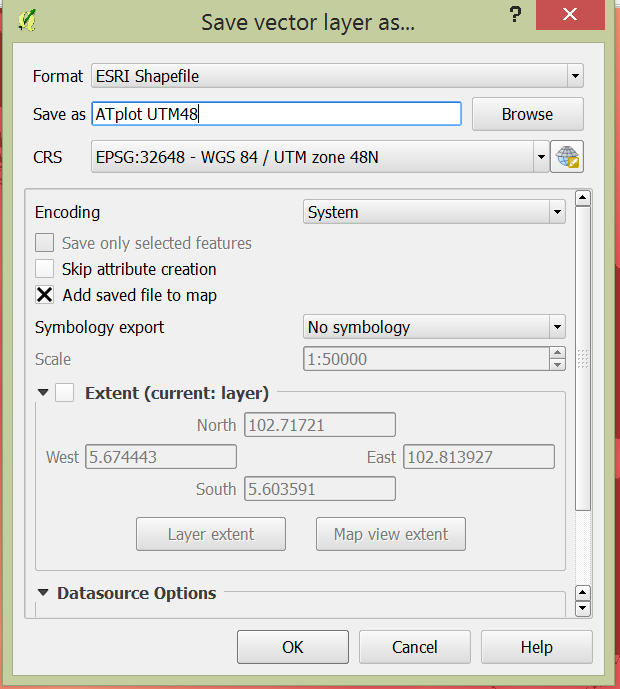 but this error message appear 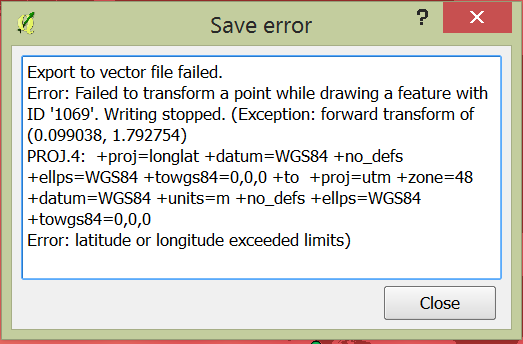 I think there is an option to convert manually the decimal degree coordinates in text file to UTM.Maybe using converter available on the internet. However most of the free converter I found only do it one by one, meanwhile I have around 1200 sampling points. So it will be very time-consuming.

Anybody have insight how to convert it?

Try to clip your vector file to your study area, or continue with some other projection.

I found what the error is. In the entry number 1071-1200 the lat-long is reversed. It all the problem with the entry, my bad.

Thank you for your helps :D

Not the answer you're looking for? Browse other questions tagged qgis coordinate-system convert utm or ask your own question.

5
Converting coordinates from meters to decimal degrees in QGIS?