QGIS difference of a layer with itself is not empty. Why?

I have a Multiline layer A with about 900 Features loaded (only a few of those are actually multi part geometries) in QGIS 2.14. I try to do Vector -> Geoprocessing Tools -> Difference with Layer A as the input vector layer and Layer A as the difference layer, expecting to get as a result an empty layer. But, the Output Shapefile has ~150 Features in it. Topology Checker says, there are no invalid geometries, but there are about 90 pseudo nodes in the layer. I started snooping around and found other line shapes that behave this way. Have I fundamentally misunderstood what a difference is, or is there some specific geometry problem that causes difference to behave oddly? The use case is silly, but I started with comparing an exported shape to its source, got weird results, and then tried to compare the source to itself as a sanity check. Now I feel I might have lost sanity. Help?

Not exactly sure why this occurs when you use the Difference tool on the shapefile (perhaps multilines are not being processed correctly?) but to clean it up, I suggest using the GRASS function v.clean with the break tool which:

break lines at each intersection 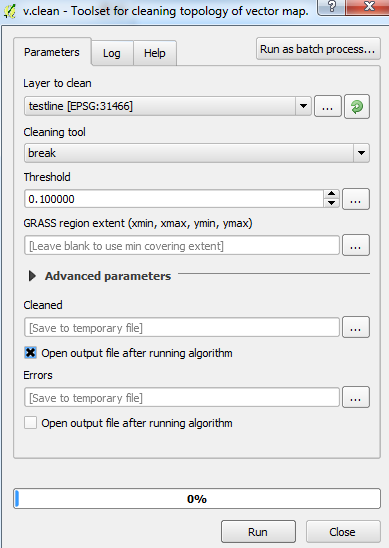 I left the threshold at 0.1 and only output the Cleaned layer. There are more line features now from the original 877 to 1263: 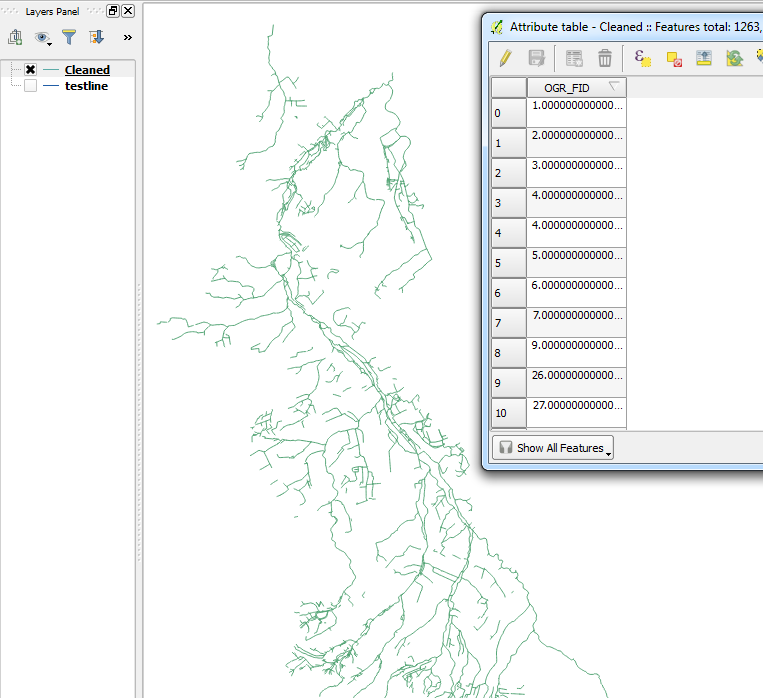 Now when running the Difference tool on the cleaned layer, on itself, the output is empty as you would expect: