I'm placing a SVG in Tilemill via a point with lat and long.

So far that works great but when the tile the point is located in ends, the image is not rendered.

Is this a bug? Can I do something about it? 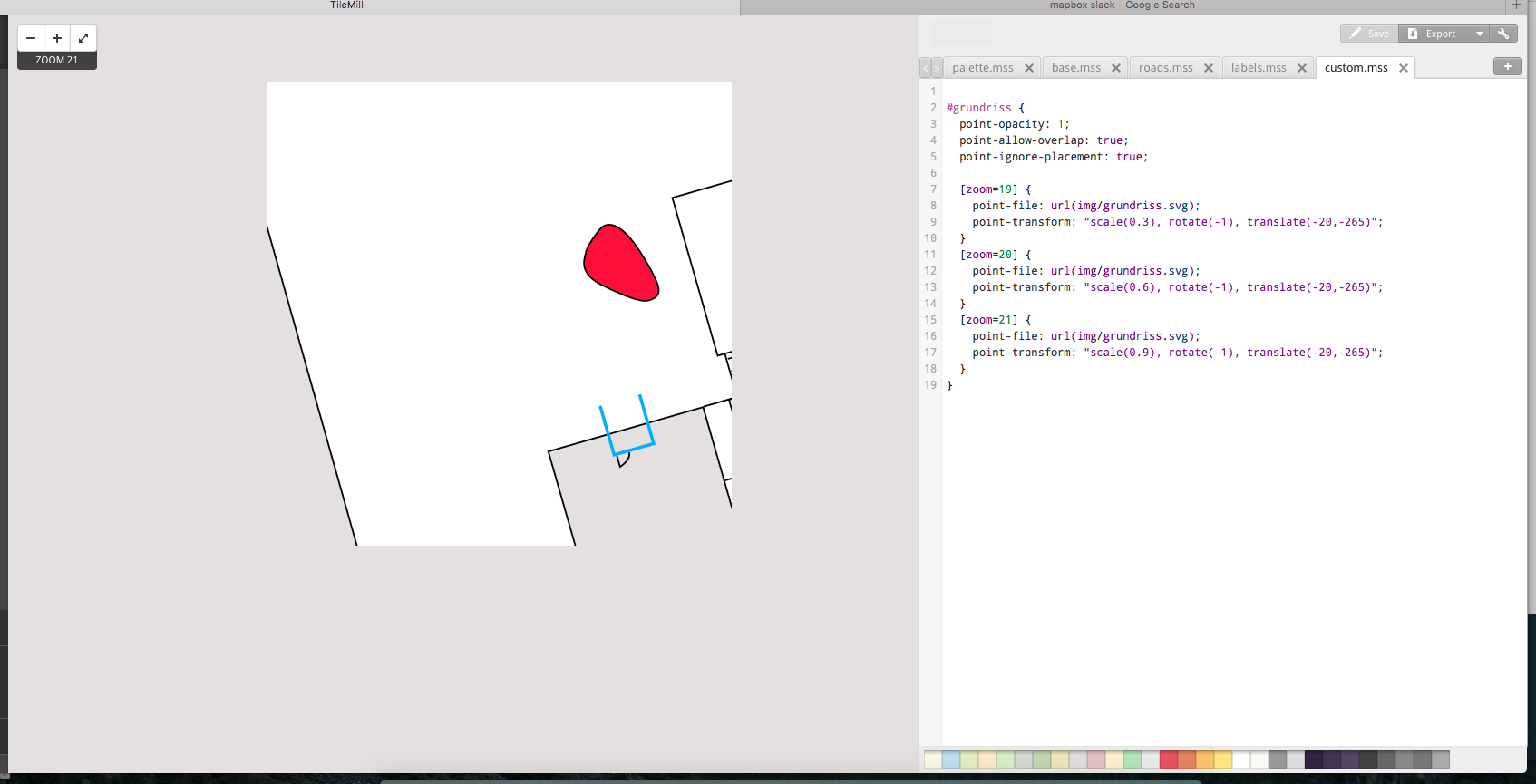 This is not really a bug, this is a limitation of how tiled web maps get rendered. You may be able to work around this by adjusting the buffer and metatile settings in TileMill, but depending on how big your SVG is at some point you will still hit a limit of how large a marker you can place on a single point.

Here is the documentation about buffers and metatiles in TileMill: https://www.mapbox.com/tilemill/docs/guides/metatiles/

The main takeaway from this is that both increased buffers and increased metatile sizes will help. But buffers can only be expanded out to a maximum of 256px, and even with larger metatiles there may still be points that fall near the edge of the metatile - if the marker is much wider or taller than 256px then it can still get cut off.

If your SVG is quite large it may make sense to export it as a raster image and georeference it instead of using it as a point marker. Or, depending on what you're doing, maybe the georeferencing isn't even important?

Not the answer you're looking for? Browse other questions tagged tiles tilemill svg cartocss or ask your own question.

5
How do I know when to use a map server or a tile server?
6
Tile server with dynamic mapnik rendering, caching, and pre-emptive rendering
2
Export to Mapbox (TileMill) from PSD (or SVG/PNG)
0
Geojson not rendered with Mapnik
1
How to generate a tiled map from a spherical mercator SVG?
3
Geoserver tiles missing point labels that show up fine when serving as a single tile
0
Post-processing CartoCSS layer by custom graphic algorithm
3
TileMill Issue with Null values