Why do I get this anomaly (vertical line) in my TWI raster?

I have derived TWI using SAGA GIS, Have a look on the center of the image, a vertical line goes through it from top to bottom. Anyone else confronted this issue? 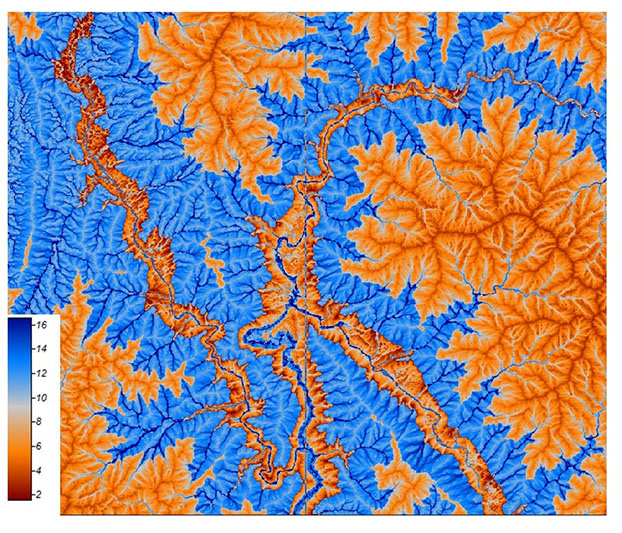 To me it looks like a common error that occurs when multiple DEM tiles are mosaiced. This is particularly common if nearest-neighbour resampling is used for the mosaicing rather than a bilinear or cubic-convolution resampling scheme. Nearest-neighbour resampling is faster than either alternative, but should really only be used in the case of categorical data and not continuous data such as a DEM. Often these mosaicing errors are not apparent in the DEM but are only visible in data derived from the DEM, e.g. slope, aspect, curvature, TWI, etc. The first thing I'd do is check and see if the same line is apparent in an aspect/slope raster. If so, then it's the result of the DEM creation and not the TWI tool.

That said, more troubling to me than the vertical line is the fact that you have extreme discontinuities in TWI, i.e. the contouring effect apparent in the blue-orange transitions in your raster. These are often coincident in your image with what appear to be drainage divides. This shouldn't be the case for TWI. At first, I thought that this was an artifact of your palette, but the fact that the discontinuities occur at divides suggests otherwise. For reference, this is what a typical TWI image should look like: 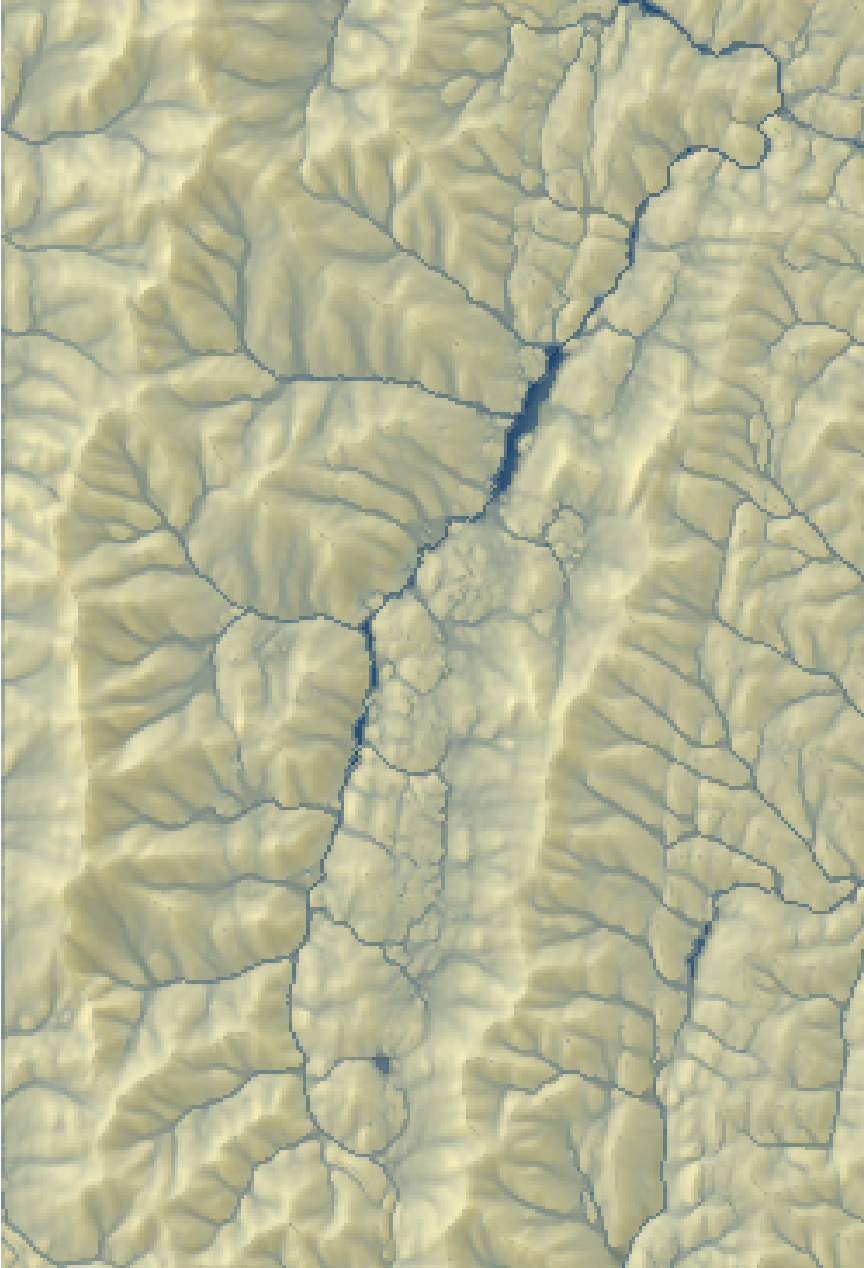 Notice how it looks like a continuous surface with no localized breaks or discontinuities. The raster should take on similarly low values on either sides of divides/ridges.

The problem with your raster is most likely the result of the contributing area raster (TWI is a combination of slope and contributing area). It's highly probable that the topographic depressions (i.e. sinks) have not been properly removed from the DEM prior to calculating contributing area/TWI.

Not the answer you're looking for? Browse other questions tagged saga or ask your own question.

1
No Data Values in TWI Raster