Loop and perform loop in order depending on attribute

I have a lot of points in one layer. All of which represent the same type of real world feature.

I want to perform a delete identical within XY of each point but in a specific order. (by splitting them into a layer each if there is no smarter way to do this within the layer??)

I want the order to start with the point closest to a specific line feature so I have added a distance attribute to each point with the near tool.

Thus the first time the operation runs it deletes identical points close to the point with the distance attribute closest to 0.

The second time it should then move on to the next point but it will skip those points deleted because they were too close to the first point. and repeat until all points have been dealt with.

How can I make such a loop either dealing with just the one layer or with having each point split into its own layer (might be easier?)

The pic below illustrates the line and blue points will be kept while red ones deleted, as a type of generalization. The red circle represents the XY tolerance.

I want to try and make this in FME or ArcMap ModelBuilder. 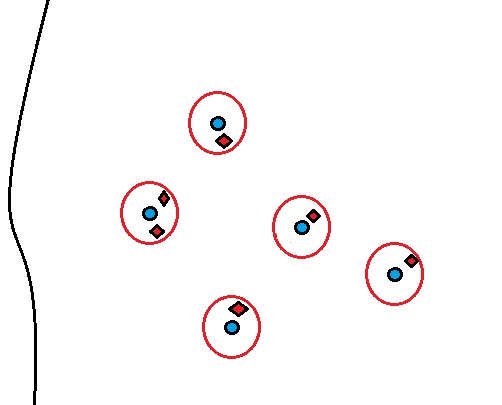 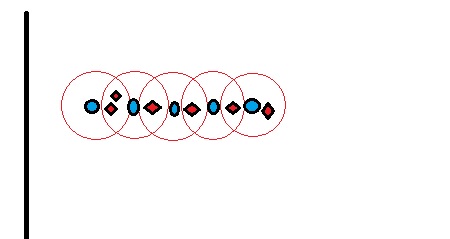 The picture below shows what the input table would look like after Step 6. 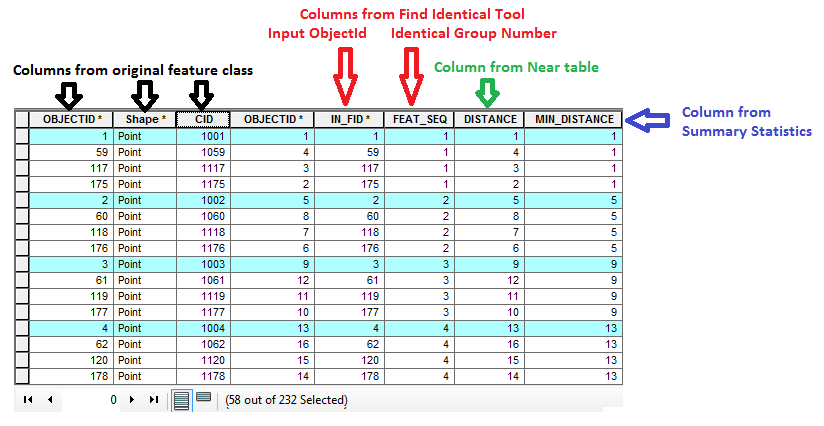 Not the answer you're looking for? Browse other questions tagged arcgis-desktop modelbuilder fme loop generalization or ask your own question.

1
Finding points close together
2
How to do spatial join in FME by preferring points with same attribute
1
How to do a Loop with a condition in Model Builder?
0
Replacing each point in a point feature with a specific shaped polygon
2
Summarising an attribute from point layer in polygons with FME
1
How to perform loop on raster files?
0
Merging or dissolving points while maintaining attributes using ArcGIS Desktop?
0
Eliminating single raster pixels of flow distance raster in ArcGIS Desktop?