How to use GRASS raster tools in the Processing modeler?

In the Graphical Modeler of QGIS, I don't see a way to import a layer into GRASS. The modules "import loaded raster" are not accessible in the Modeler.

I want to use GRASS reclassify module, because SAGA's doesn't save the data entered as a "simple table", forcing me to re-enter the values in the table each time I want to run the model.

But GRASS reclass modules don't work in the Modeler for a lack of loaded rasters.

The rasters I use in the modeler are first treated using non-GRASS algorithms. So I can't just load the rasters into GRASS outside of the Modeler.

Here I may be wrong. Could I load all rasters into the GRASS plugin before opening the Modeler? And then use the GRASS algorithm via the Modeler on them?

GRASS etc. is available in the modeller, when you turn the processing toolbox interface to 'advanced' (cp. link above). 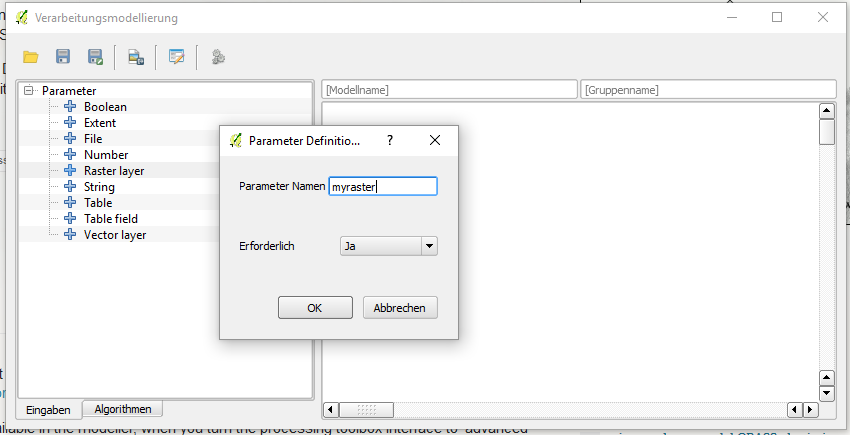 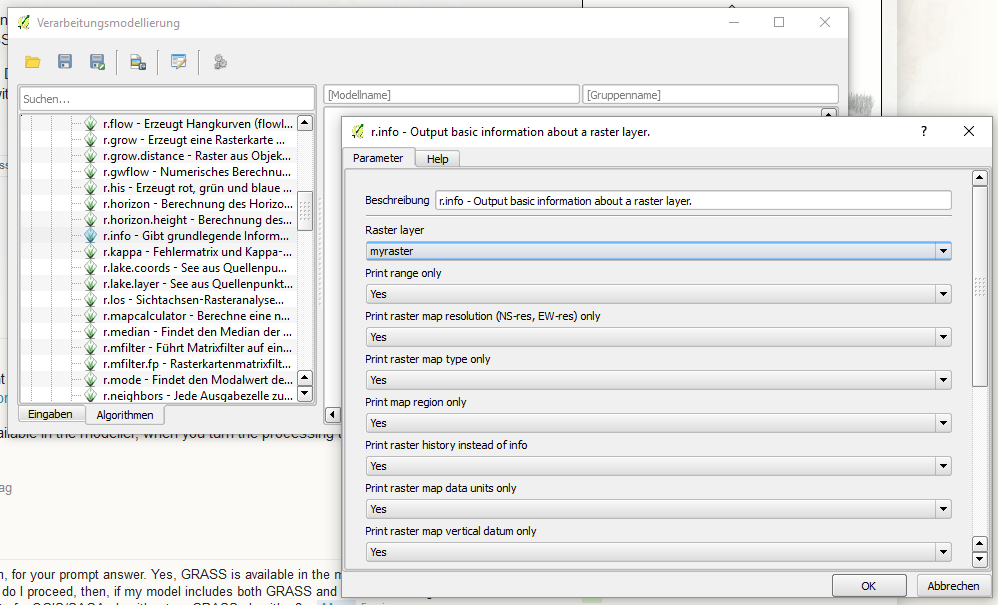 In QGIS modeller, you do not directly add layers, but parameters or variables holding the data at runtime.

Not the answer you're looking for? Browse other questions tagged qgis grass reclassify qgis-modeler or ask your own question.