Adding a table nulls all values in one column

I've read (and had to deal with) values being changed to "NULL" when joining data from a table to a shapefile. Now I'm having an even more basic problem: for some tables, when I add the table, one of the number/integer columns fills with "Null". Here's what I've done so far:

Any suggestions for what I can try next? 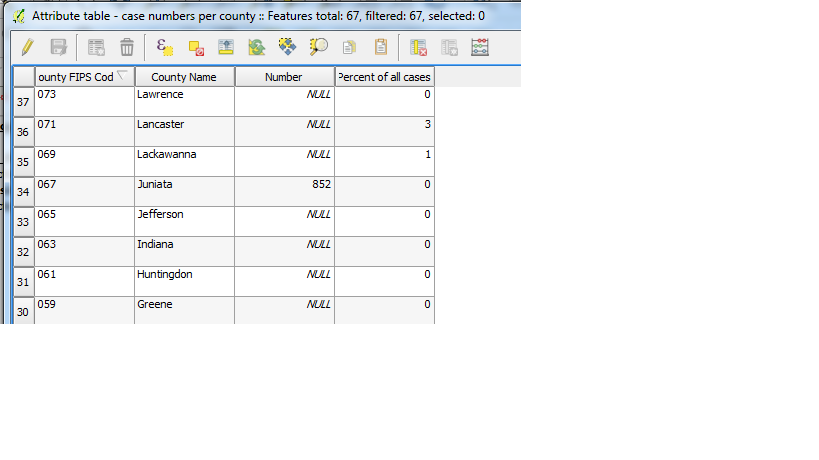 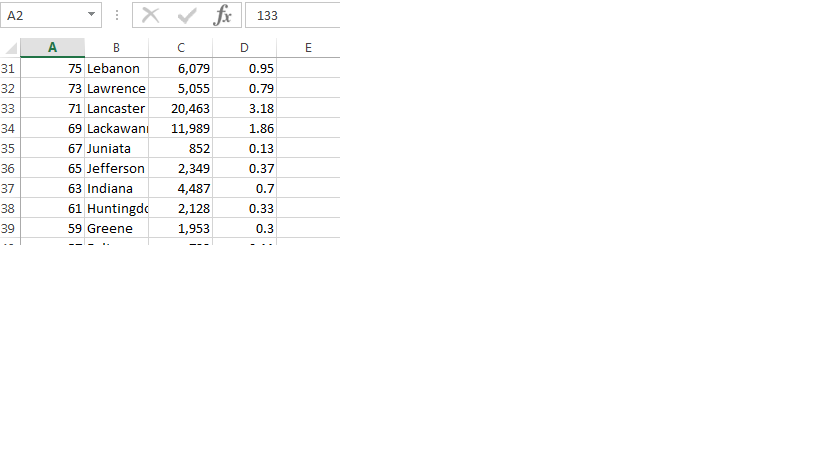 Do not start a new question, but please do accept this official answer:

The numbers in your original document are formatted with commas. Remove the commas since they are causing the Null values. This is a common issue when transferring table data into GIS. It has happened to me before... on multiple occasions.

As for the erroneous NULLs that remain, be sure to double check that they are formatted correctly - no spaces! Can you share your table?

Not the answer you're looking for? Browse other questions tagged qgis table or ask your own question.