I want to find the highest density of OpenStreetMap nodes within a dataset of census geometries. I want to tie the census data to the location of the node which is most central in terms of population. This is required for a drive time analysis. I am aware that street nodes are not completely representative of population but it is the best we have and I need to run drive times.

I have a dataset of census geometries and assigned the id of the polygon geometries to the nodes that are covered by each polygon. I use st_coveredby to assign the blkgrp (US Census block groups) id to each OSM node.

I would like to run a query which takes all nodes within a 1000m buffer into account and calculates the density for that node based on the relative distance to all the other nodes in the 1000m buffer. The query will only look at nodes that are within the same block group.

So far I get the count using st_dwithin as well as an aggregate for the distances (either sum or avg)...

Now I just need to work out how to aggregate the distance to get the best density value for the points. I can then find the point with highest density and move the census area centroid to that location. 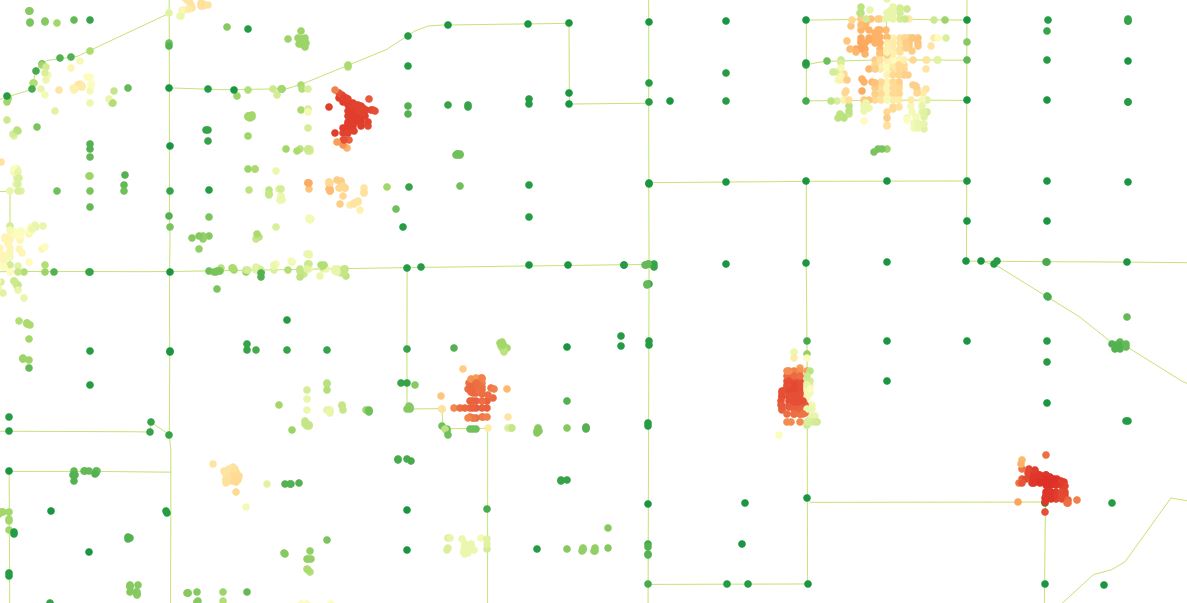 I finally got there. Using a count was obviously nonsense for the densities. Luckily getting an inverse distance squared is simple with PostGIS.

Now I can extract the locations of the nodes with the highest inverse distance score from the nodes table. 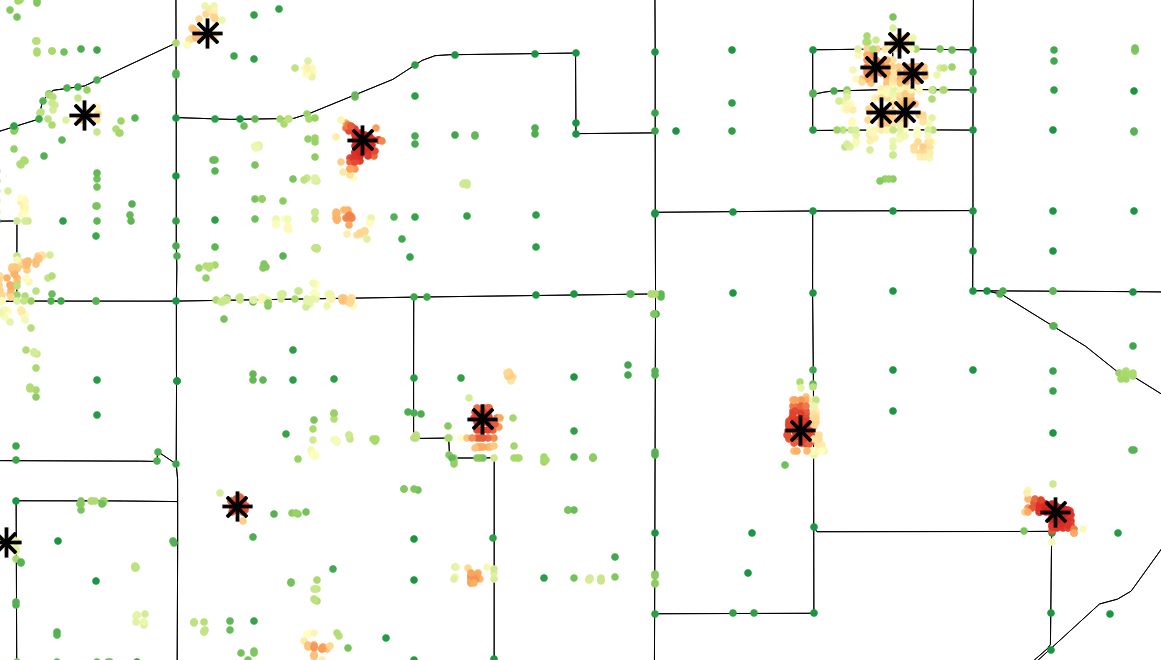 Not the answer you're looking for? Browse other questions tagged postgis distance clustering grouping or ask your own question.

5
Finding points within elliptical area using PostGIS?
5
PostGIS - Geometry or Geography find points within distance in meters
4
Attempting to use ST_DWithin to locate objects within a given distance of meters using SRID 4326
7
Obtaining same area values provided by Census for TIGER boundaries using PostGIS functions?
5
Nearest facility with pgRouting
0
Write a query to find all geometries within a distance using ST_DWithin
1
find the population density of some points in qgis/postgis
3
Creating population dot density map at the block group level in QGIS
4
Unsplitting/merging lines that have coincident endpoints using PostGIS