How to find the intersection areas of overlapping buffer zones in single shapefile?

Find the intersections of the buffer zones

I found an example where they tried finding the intersection of two different shapefiles -Intersect Shapefiles using Shapely. I've tried to adapt my code to do the same intersection, but I am only working with one shapefile with buffer features inside. The program is able to write the shapefiles, but the intersection aren't occurring, thus no data written to my output shapefile Anyone willing to help me understand where the problem lies or has an alternate way of finding intersection in a single shapefile? 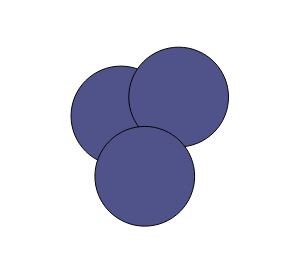 But the problem is that the result depends on the order of the polygons in the layer and the resulting intersections are not intersected themselve.

The solution is to use the properties of unary_union with the LinearRings/LineString of the polygons (it cuts the lines at each intersection,Planar graph))

Then to use the polygonize function 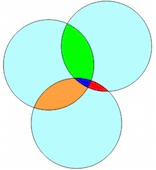 And you can compute the areas of the resulting polygons.

I don't understand your problem. You say that you want to find the intersections in one shapefile (polygons looking at figure):

If I use a shapefile with 5 five polygons 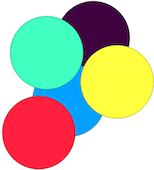 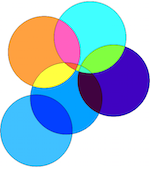 Not the answer you're looking for? Browse other questions tagged python polygon intersection shapely fiona or ask your own question.

7
Intersecting two shapefiles from Python or command line?
4
Intersect Shapefiles using Shapely
6
Shapely/ Python looping through a number of polygons
5
Getting Unique Intersections of Multiple Polygons Efficiently in Python
2
Getting intersection of circles using shapely?
2
Quickly find all polygons that overlap with two or more polygons in Shapely
1
How to find the area with most intersection for buffer regions?

1
Add joined data in fiona with new schema
0
Add attributes to an output shapefile schema (via meta)
1
How to find the area with most intersection for buffer regions?
3
How to intersect two polygon-layers in PostgreSQL/PostGIS?
6
How to return WKT of entire polygon with shapely?
3
How to find intersection polygons in single layer on QGIS version 3.4.2?
8
Removing self-intersection from invalid polygon using shapely?
2
How to use GeoPandas buffer function to get buffer zones in kilometers?
1
How to find geometries of all intersections in a polygon and calculate their areas and perimeters using shapely and fiona?