Making multiple buffer, one with field values, one with a fixed value

I have a point shapefile with a field called buffer with different values, depending of what kind of type the point is. Some of these points also need an extra buffer outside the buffer from the buffer field. This value is set at 5 meter.

I can't find any tool that lets me do a multiple buffer, with a field value and a fixed value.

So what I do, is that I create a buffer for the whole set, with FIELD Buffer as the value: 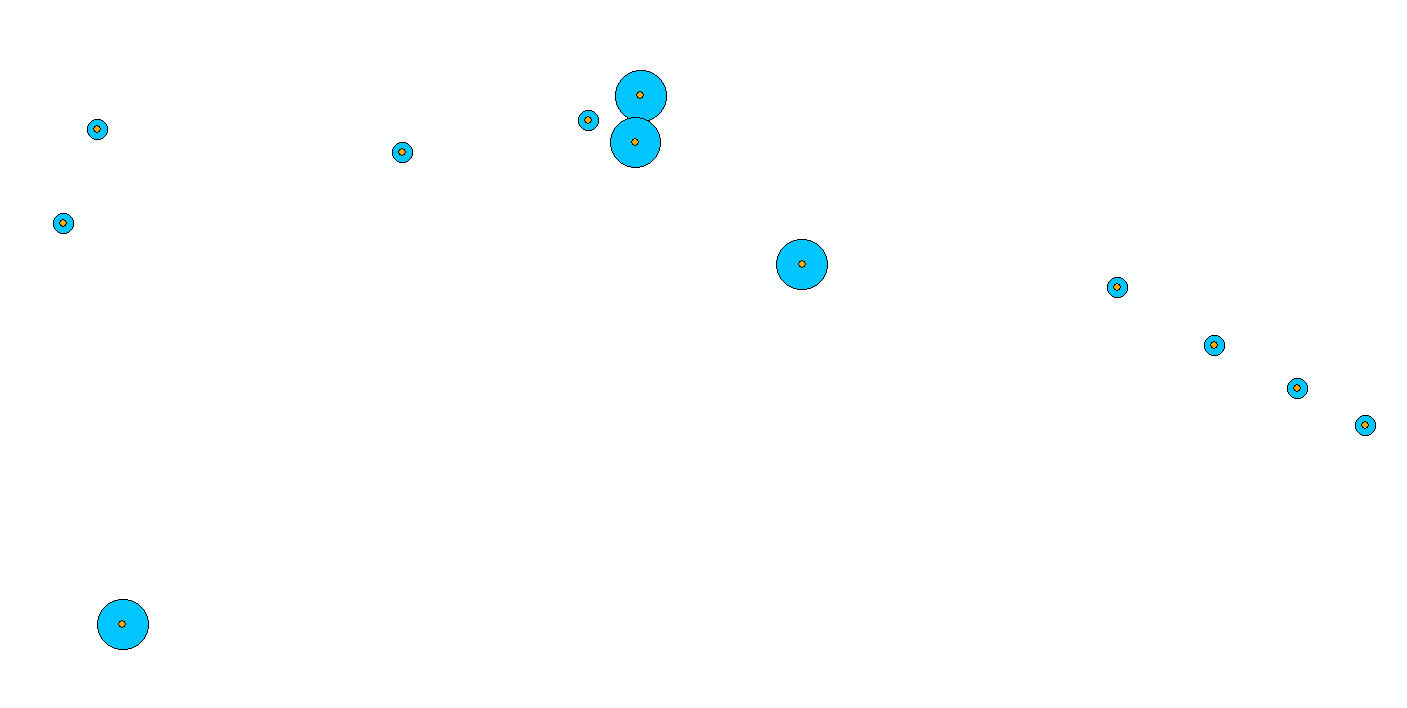 I then export all features that need the extra buffer of 5 meter, into a set of it's own, and do a Multiple Ring Buffer with 5 meter on it:

The purple circles are now just increased in size. I want them to have a ring outside its first buffer value, with 5 meter. My ideally thought is the one you get out from multiple ring buffer, with 2 ObjectID's:

And, at the end, I want to merge the polygons that didnt need the 5 meter buffer togehter with the ones who did.

Is this not possible with different buffer sizes in a data set?

You can't create a buffer with the buffer distances set manually and also by a field in the same step. The simplest solution is the one you're already using in your screenshots: adding the 5m buffer after you've created the others, then merging the two buffer layers. You just need to change a setting in the Buffer tool to create the type of buffer you want (a ring outside your original buffers).

In the Buffer tool, change the Side Type to OUTSIDE_ONLY: 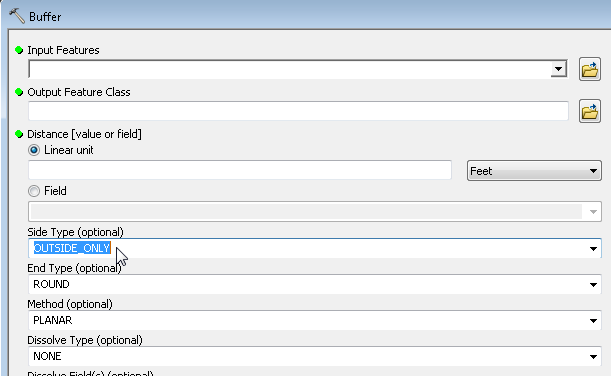 As the name implies, that will create buffers only on the outside of the input features (the original buffer polygons in your case).