I need a map that can represent density estimates. The estimates are tied to points, but are for 1 hectare (100m*100m) areas of which the point is the centre. Each point has at least one, but usually 3 or 4 other points that fall within its 1 ha area. I would like all of the overlapping areas to show up as means of the relevant estimates.

In other words I would like the density estimate tied to the point to be applied across 1 ha, and for the estimate to be averaged anywhere that it intersects the area of another estimate.

Preferably I would be able to do this in QGIS, but am also open to instruction in ArcGIS.

So far, I have tried a point density map, and a kernal density map in arcgis, but the values were not averages of the estimated densities tied to each point.

I also tried converting the points to square polygons using the buffer tool and then the feature envelope to polygon tool in ArcGIS, which allowed me to make the points into 1 ha boxes. I was unsure what to do after that. 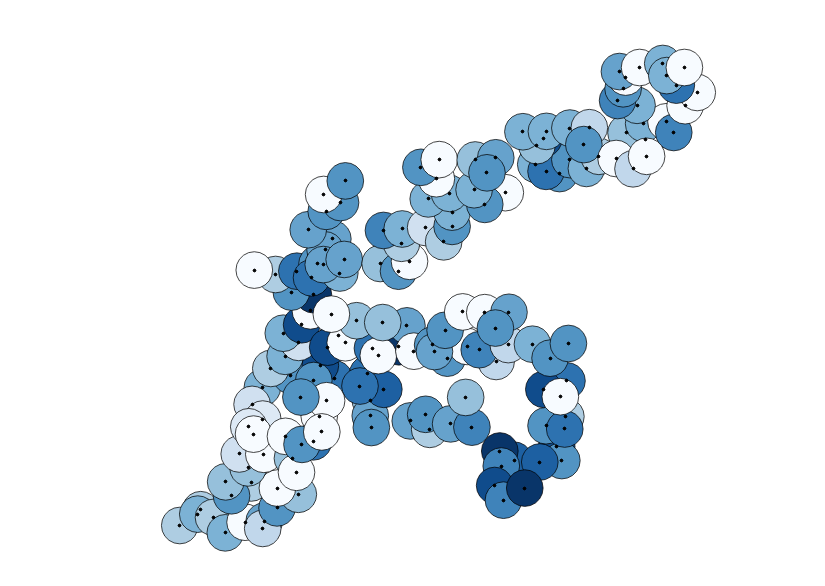 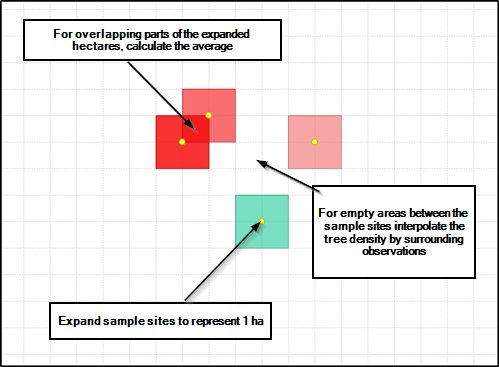 My question is also somewhat similar to this one from two years ago, which never received an answer: http://gis.stackexchange.com/questions/87429/how-to-simulate-venn-diagram-of-buffers-using-qgis

There are many approaches you could use. Since you say you have already generated the 1 Ha grid in ArcGIS, you can use the "Spatial Join" tool to load the grid code into your points layer. Then either summarize/dissolve this code calculating the average of your points.

In QGIS the approach could be the same using the 1 Ha grid and the points: "Join attributes by location" and then "Dissolve with stats".

Once you have the last step just join the table with your grid and symbolize. In case you have a huge grid I'd work with raster instead of vector but the approach would be different.

Not the answer you're looking for? Browse other questions tagged qgis density or ask your own question.