Ask Question
Asked 3 years, 9 months ago
Viewed 415 times
3
Closed. This question needs to be more focused. It is not currently accepting answers.

I have been having somewhat of an issue recently with one of my projections. I am currently trying to map out the preferable habitat for a species in Arcgis.

To do this, I performed a GLMM in R and took the estimates (that go along with the chosen variables) and plugged them into the raster calculator as a means to get a projection of what it looks like.

The raster calculator formula is as follows:

As you can see, the red bits are the preferred (and my predicted) habitats and the green values represent areas that they seldom go (primarily agricultural areas). 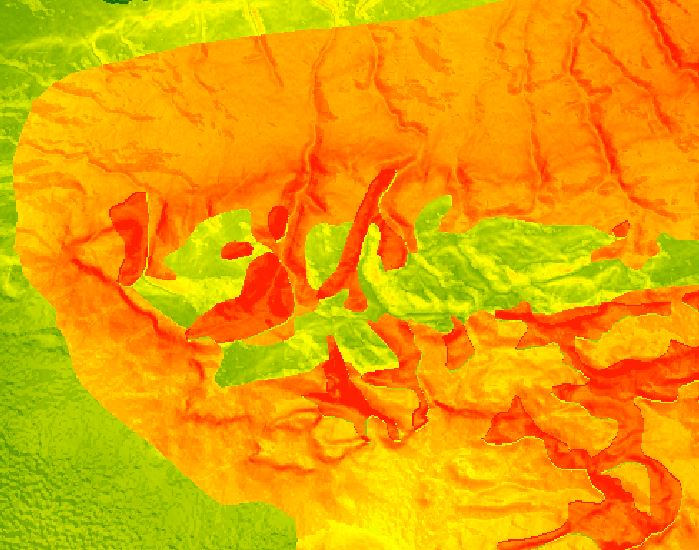 The main issue that I am having now is that (and this applies to the original projection as well as the stretched) my pixel values are incredibly concentrated to one side of the histogram.

This is an issue because the preferable habitats appear in the middle of the histogram which somewhat skews up my analysis (as I am trying to eventually bin the data and run a Spearmans correlation).

One thing that I tried to test out involved going into properties and visually assessing exactly what pixels are causing this (through min-max): 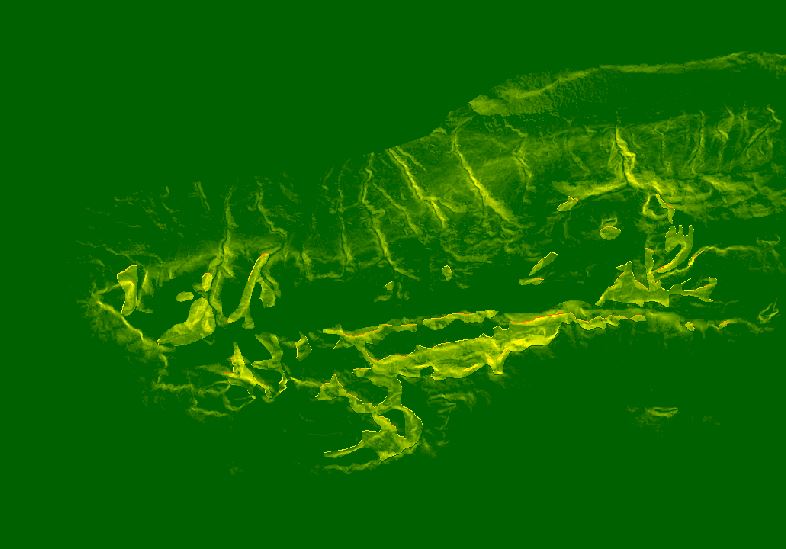 As you can see..from a cell range from 0.5 to 1.0, you pretty have all of the areas that would be considered 'perfect' (i.e. the red bits from the first projection, although, they are yellow in the picture).

That quickly changes when you switch the min-max to 0.75 to 1.0, where you only have a slight outline of the preferred areas. Thus, screwing up my data collection as most of the higher values are between 0.4-0.6.

I am trying to simply distribute the raster pixels evenly so that the raster pixels that are causing an issue (anything above 6.0 which have very little to no data associated with them by the looks of it) are either removed, so that preferred habitat corresponds with the highest pixel values whereas the least preferred habitat type corresponds with the lowest (and of course, everything in between).

Can I evenly distribute these raster pixels so that areas of higher habitat suitability (which are now only located between 0.4-0.6, are redirected towards upper pixel values such as 1.0 rather than being literally in the middle of the histogram?